What you’ll learn to do: explain why the expenditure multiplier happens and how to calculate its size 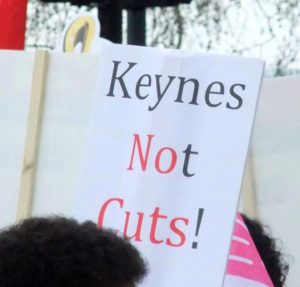 Recall that a major finding of Keynesian economics is that spending is powerful. Not only does GDP change when aggregate expenditure changes, but GDP changes more than proportionately, so that a smaller change in expenditure causes a larger change in GDP. In this section, you’ll explore the multiplier effect using logic, graphs and algebra. You’ll also learn what makes the multiplier effect larger or smaller and how to compute that using the income-expenditure model.