The Spending Multiplier in the Income-Expenditure Model

In our initial discussion of Keynesian economics in the module on Keynesian and neoclassical economics, you learned about the spending (or expenditure) multiplier. Remember that a change in any category of expenditure (C + I + G + X-M) can have a more than proportional impact on GDP. The idea behind the multiplier is that the change in GDP is more than the change in expenditure. In its simplest form, the calculation for this is 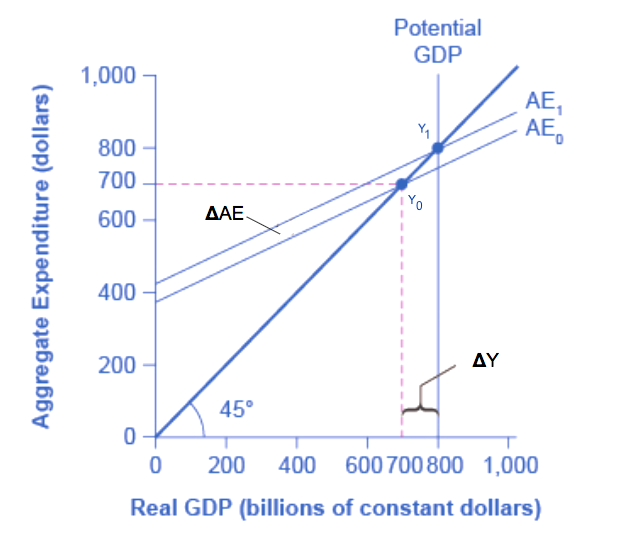