The Key Role of Aggregate Expenditure

The fundamental assumption of Keynesian economics is that economic activity, that is, output and employment, are determined primarily by the amount of aggregate demand (or total spending) in the economy. This assumption made a great deal of sense during the Great Depression when GDP was so far below potential. When there are significant amounts of unemployed labor and capital (e.g. shutdown factories), it’s hard to argue that lack of resources (e.g. aggregate supply) is the problem. The model makes no explicit mention of aggregate supply or of the price level (although as you will see, it is possible to draw some inferences about aggregate supply and price levels based on the diagram).

Remember that GDP can be thought of in several equivalent ways: it measures both the value of spending on final goods and also the value of the production of final goods. All sales of the final goods and services that make up GDP will eventually end up as income for workers, for managers, and for owners of firms. The sum of all the income received for contributing resources to GDP is called national income (Y). In the discussion that follows, we will use GDP and national income synonymously. 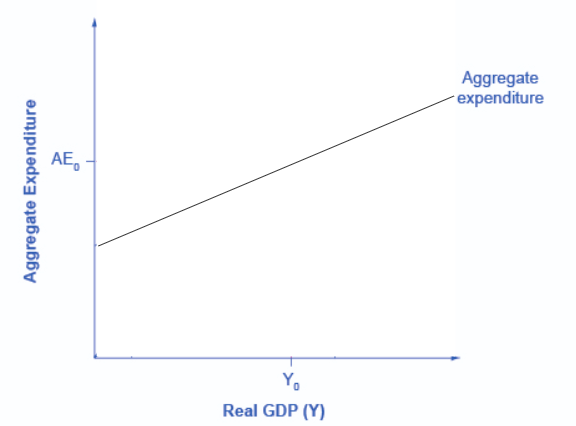 
You should know that most of the material in the following pages is not new—we introduced it previously in the section on aggregate demand in Keynesian analysis. We are just looking at the material from a slightly different angle.