How is the Economy Doing? How Can We Know? 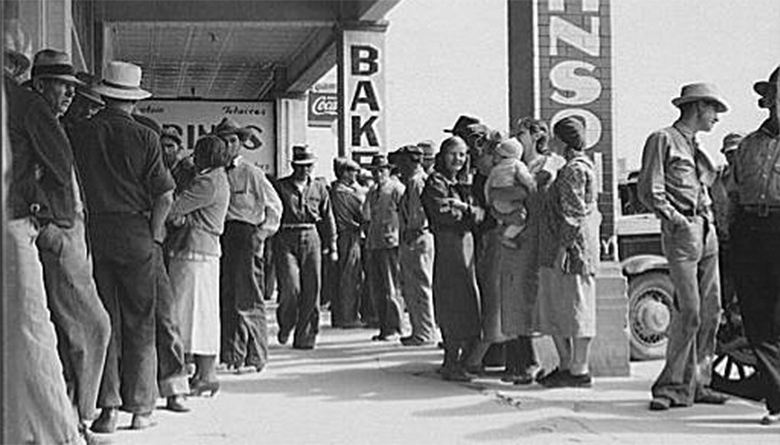 Figure 1. The Great Depression. At times, such as when many people are in need of government assistance, it is easy to tell how the economy is doing. This photograph shows people lined up during the Great Depression, waiting for relief checks. At other times, when some are doing well and others are not, it is more difficult to ascertain how the economy of a country is doing. (Credit: modification of work by the U.S. Library of Congress/Wikimedia Commons)

Macroeconomics focuses on the economy as a whole (or on whole economies as they interact). It describes what causes recessions, and what makes unemployment stay high when recessions are supposed to be over. Macroeconomics addresses why some countries grow faster than others, and have higher standards of living than others. Macroeconomics involves adding up the economic activity of all households and all businesses in all markets to get the overall demand and supply in the economy. However, when we do that, something curious happens. It is not unusual that what results at the macro level is different from the sum of the microeconomic parts. Indeed, what seems sensible from a microeconomic point of view can have unexpected or counterproductive results at the macroeconomic level. If this were not the case, we wouldn’t need macroeconomics as a separate discipline and we could simply use microeconomics to study macroeconomic issues. We use the term macroeconomic externality to describe when what happens at the macro level is different from and inferior to what happens at the micro level.

Imagine that you are sitting at an event with a large audience, like a live concert or a basketball game. A few people decide that they want a better view, and so they stand up. However, when these people stand up, they block the view for other people, and the others need to stand up as well if they wish to see. Eventually, nearly everyone is standing up, and as a result, no one can see much better than before. The rational decision of some individuals at the micro level—to stand up for a better view—ended up being self-defeating at the macro level. This is not macroeconomics, but it is an apt analogy.

Figure 2. This chart shows what macroeconomics is about. The box on the left indicates a consensus of what are the most important goals for the macro economy, the middle box lists the frameworks economists use to analyze macroeconomic changes (such as inflation or recession), and the box on the right indicates the two tools the federal government uses to influence the macro economy.

In thinking about the overall health of the macroeconomy, it is useful to consider three primary goals: economic growth, full employment (or low unemployment), and stable prices (or low inflation).

Each of the items in Figure 2 will be explained in detail in one or more other modules. As you learn these things, you will discover that the goals and the policy tools are in the news almost every day.