Introduction to the Distribution of Income

What you’ll learn to do: analyze and measure economic inequality 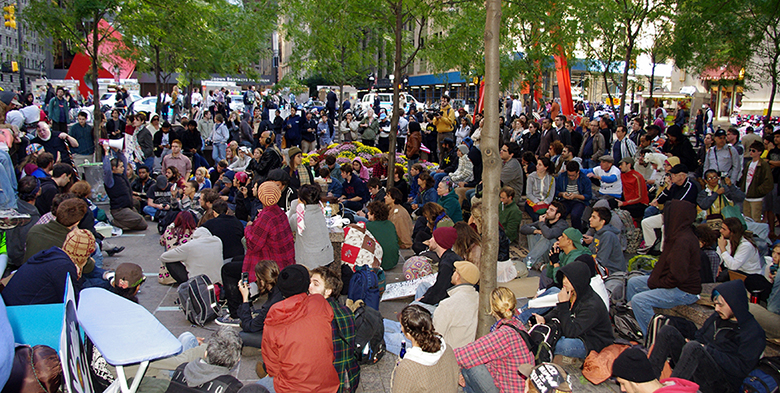 In September 2011, a group of protesters gathered in Zuccotti Park in New York City to decry what they perceived as increasing social and economic inequality in the United States. Calling their protest “Occupy Wall Street,” they argued that the concentration of wealth among the richest 1% in the United States was both economically unsustainable and inequitable, and needed to be changed. The protest then spread to other major cities, and the Occupy movement was born.

Why were people so upset? How much wealth is concentrated among the top 1% in our society? How did they acquire so much wealth? These are very real, very important questions in the United States now, and this section on economic inequality will help us address the causes behind this sentiment.