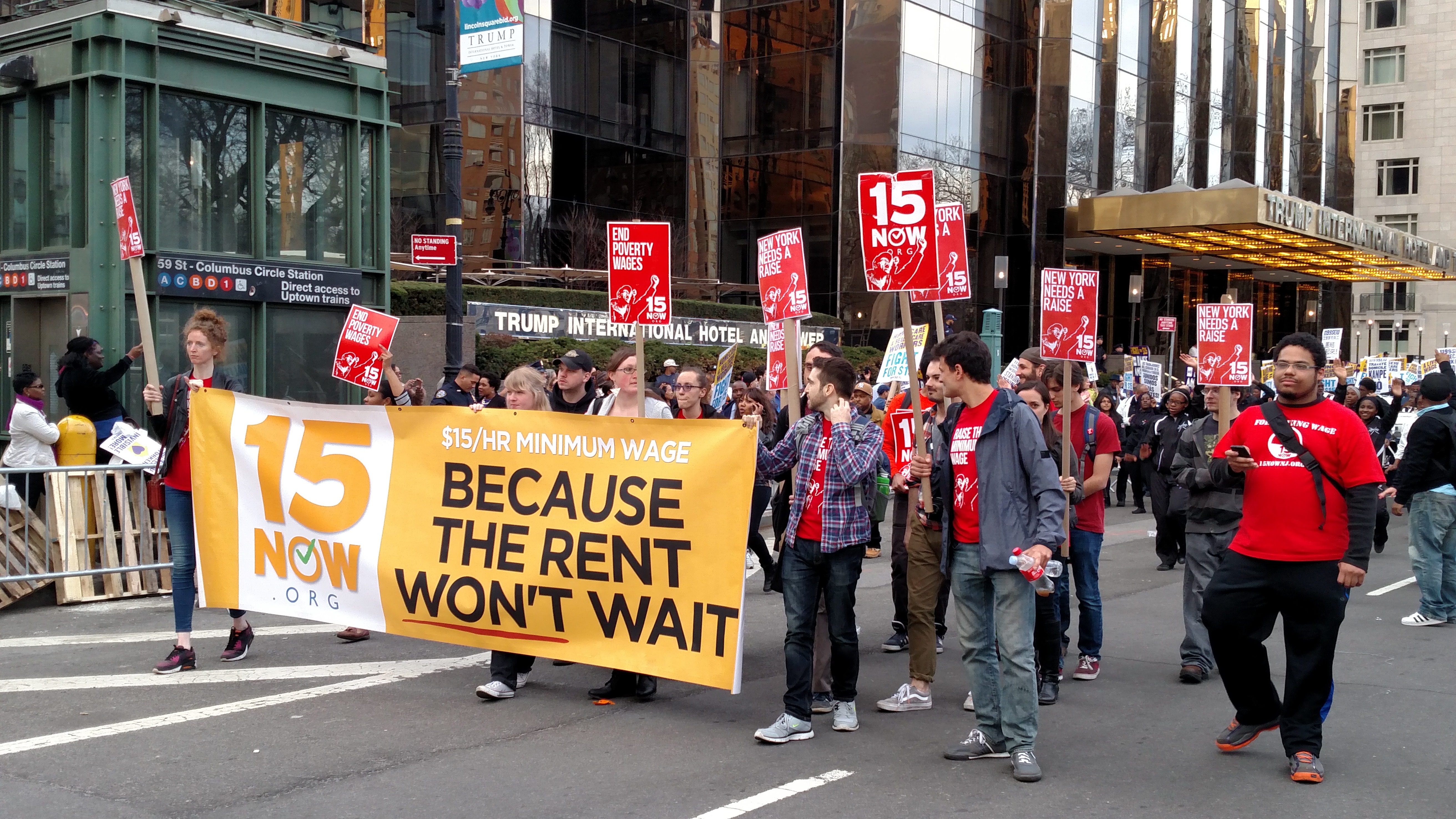 Price floors are sometimes called “price supports,” because they support a price by preventing it from falling below a certain level. Around the world, many countries have passed laws to create agricultural price supports. Farm prices and thus farm incomes fluctuate, sometimes widely. Even if, on average, farm incomes are adequate, some years they can be quite low. The purpose of price supports is to prevent these swings.

The most common way price supports work is that the government enters the market and buys up the product, adding to demand to keep prices higher than they otherwise would be. According to the Common Agricultural Policy reform passed in 2013, the European Union (EU) will spend about 60 billion euros per year, or 67 billion dollars per year (with the November 2016 exchange rate), or roughly 38% of the EU budget, on price supports for Europe’s farmers from 2014 to 2020.

Figure 2. European Wheat Prices: A Price Floor Example. The intersection of demand (D) and supply (S) would be at the equilibrium point E0.

Economists estimate that the high-income areas of the world, including the United States, Europe, and Japan, spend roughly $1 billion per day in supporting their farmers. If the government is willing to purchase the excess supply (or to provide payments for others to purchase it), then farmers will benefit from the price floor, but taxpayers and consumers of food will pay the costs through higher taxes and higher prices. Agricultural economists and policy makers have offered numerous proposals for reducing farm subsidies. In many countries, however, political support for subsidies for farmers remains strong. This is either because the population views this as supporting the traditional rural way of life or because of industry’s lobbying power of the agro-business.

We mentioned earlier that the minimum wage is a good example of a price floor, since employers are required to pay no less than the minimum wage for workers. The following video makes a strong case for why a minimum wage causes a surplus of labor, i.e. unemployment. As you watch it, consider what you think about a minimum wage.

binding price floor
when a price floor is set above the equilibrium price and results in a surplus
price ceiling:
a legal maximum price
price control:
government laws to regulate prices instead of letting market forces determine prices
price floor:
a legal minimum price for a product