The family Hominidae of order Primates includes the hominoids: the great apes (Figure 1). Evidence from the fossil record and from a comparison of human and chimpanzee DNA suggests that humans and chimpanzees diverged from a common hominoid ancestor approximately 6 million years ago. Several species evolved from the evolutionary branch that includes humans, although our species is the only surviving member. The term hominin is used to refer to those species that evolved after this split of the primate line, thereby designating species that are more closely related to humans than to chimpanzees. Hominins were predominantly bipedal and include those groups that likely gave rise to our species—including Australopithecus, Homo habilis, and Homo erectus—and those non-ancestral groups that can be considered “cousins” of modern humans, such as Neanderthals. Determining the true lines of descent in hominins is difficult. In years past, when relatively few hominin fossils had been recovered, some scientists believed that considering them in order, from oldest to youngest, would demonstrate the course of evolution from early hominins to modern humans. In the past several years, however, many new fossils have been found, and it is clear that there was often more than one species alive at any one time and that many of the fossils found (and species named) represent hominin species that died out and are not ancestral to modern humans. 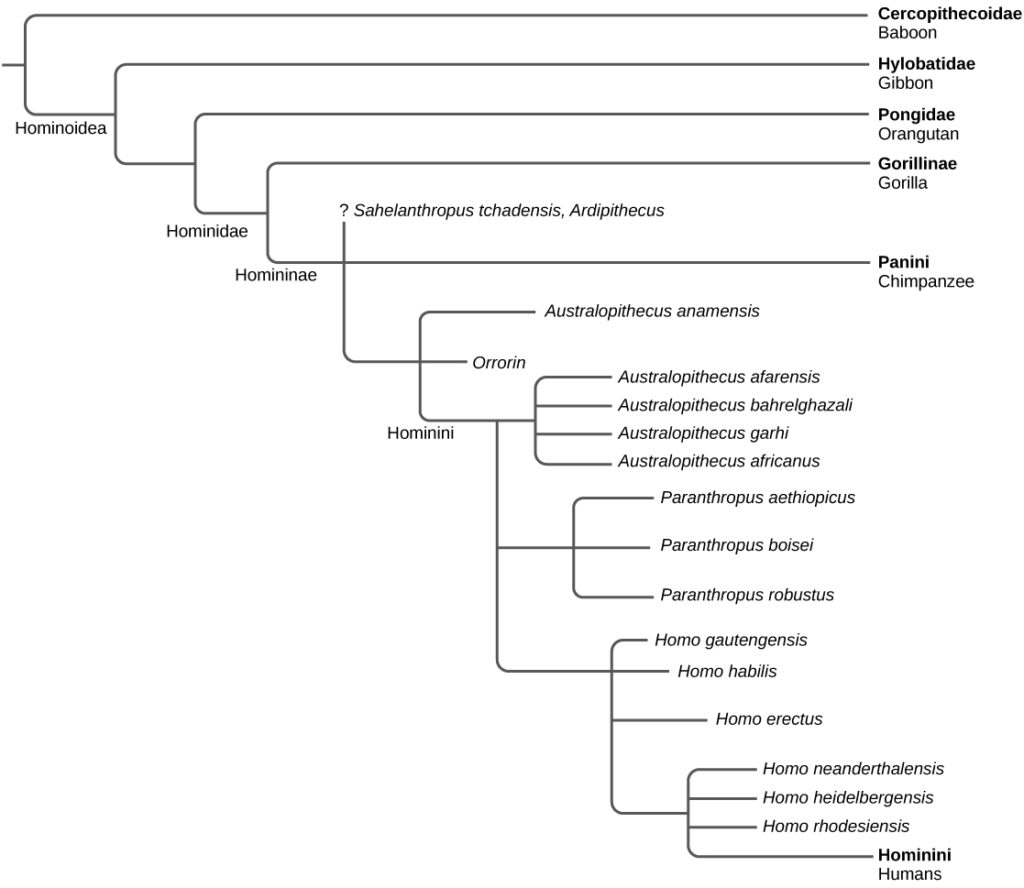 Figure 1. This chart shows the evolution of modern humans.

Three species of very early hominids have made news in the past few years. The oldest of these, Sahelanthropus tchadensis, has been dated to nearly 7 million years ago. There is a single specimen of this genus, a skull that was a surface find in Chad. The fossil, informally called “Toumai,” is a mosaic of primitive and evolved characteristics, and it is unclear how this fossil fits with the picture given by molecular data, namely that the line leading to modern humans and modern chimpanzees apparently bifurcated about 6 million years ago. It is not thought at this time that this species was an ancestor of modern humans.

A second, younger species, Orrorin tugenensis, is also a relatively recent discovery, found in 2000. There are several specimens ofOrrorin. It is not known whether Orrorin was a human ancestor, but this possibility has not been ruled out. Some features of Orrorinare more similar to those of modern humans than are the australopiths, although Orrorin is much older.

A third genus, Ardipithecus, was discovered in the 1990s, and the scientists who discovered the first fossil found that some other scientists did not believe the organism to be a biped (thus, it would not be considered a hominid). In the intervening years, several more specimens of Ardipithecus, classified as two different species, demonstrated that the organism was bipedal. Again, the status of this genus as a human ancestor is uncertain. 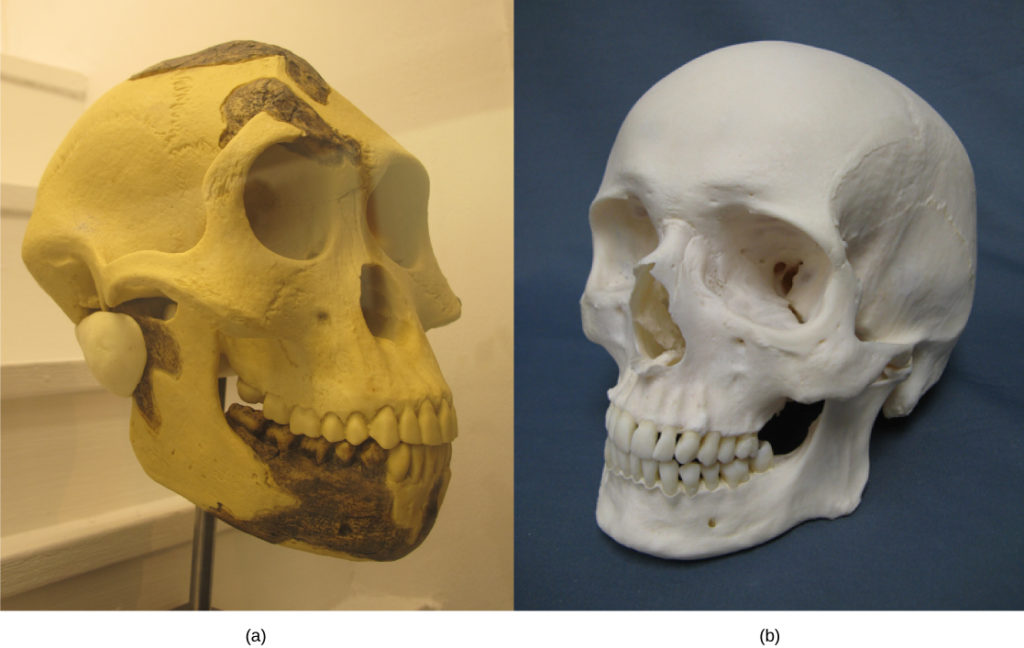 Figure 2. The skull of (a) Australopithecus afarensis, an early hominid that lived between two and three million years ago, resembled that of (b) modern humans but was smaller with a sloped forehead and prominent jaw.

Its brain size was 380–450 cubic centimeters, approximately the size of a modern chimpanzee brain. It also had prognathic jaws, which is a relatively longer jaw than that of modern humans. In the mid-1970s, the fossil of an adult female A. afarensis was found in the Afar region of Ethiopia and dated to 3.24 million years ago (Figure 3). The fossil, which is informally called “Lucy,” is significant because it was the most complete australopith fossil found, with 40 percent of the skeleton recovered.

Australopithecus africanus lived between 2 and 3 million years ago. It had a slender build and was bipedal, but had robust arm bones and, like other early hominids, may have spent significant time in trees. Its brain was larger than that of A. afarensis at 500 cubic centimeters, which is slightly less than one-third the size of modern human brains. Two other species, Australopithecus bahrelghazaliand Australopithecus garhi, have been added to the roster of australopiths in recent years.

The australopiths had a relatively slender build and teeth that were suited for soft food. In the past several years, fossils of hominids of a different body type have been found and dated to approximately 2.5 million years ago. These hominids, of the genus Paranthropus, were relatively large and had large grinding teeth. Their molars showed heavy wear, suggesting that they had a coarse and fibrous vegetarian diet as opposed to the partially carnivorous diet of the australopiths. Paranthropus includes Paranthropus robustus of South Africa, and Paranthropus aethiopicus and Paranthropus boisei of East Africa. The hominids in this genus went extinct more than 1 million years ago and are not thought to be ancestral to modern humans, but rather members of an evolutionary branch on the hominin tree that left no descendants.

The human genus, Homo, first appeared between 2.5 and 3 million years ago. For many years, fossils of a species called H. habiliswere the oldest examples in the genus Homo, but in 2010, a new species called Homo gautengensis was discovered and may be older. Compared to A. africanus, H. habilis had a number of features more similar to modern humans. H. habilis had a jaw that was less prognathic than the australopiths and a larger brain, at 600–750 cubic centimeters. However, H. habilis retained some features of older hominin species, such as long arms. The name H. habilis means “handy man,” which is a reference to the stone tools that have been found with its remains.

Watch this video about Smithsonian paleontologist Briana Pobiner explaining the link between hominin eating of meat and evolutionary trends. 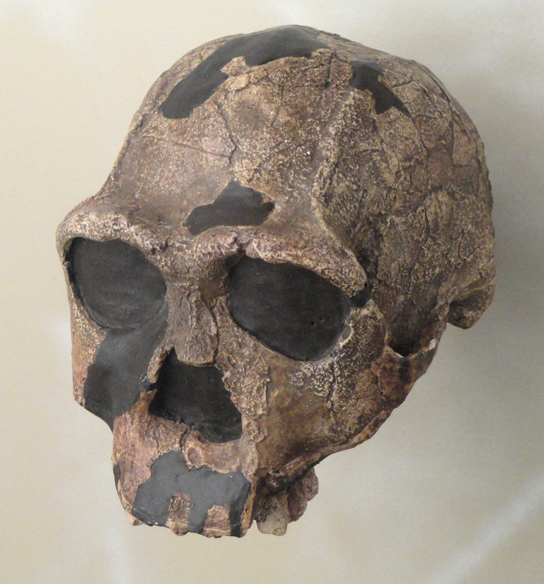 Figure 4. Homo erectus had a prominent brow and a nose that pointed downward rather than forward.

H. erectus appeared approximately 1.8 million years ago (Figure 4). It is believed to have originated in East Africa and was the first hominin species to migrate out of Africa. Fossils of H. erectus have been found in India, China, Java, and Europe, and were known in the past as “Java Man” or “Peking Man.” H. erectus had a number of features that were more similar to modern humans than those of H. habilis. H. erectus was larger in size than earlier hominins, reaching heights up to 1.85 meters and weighing up to 65 kilograms, which are sizes similar to those of modern humans. Its degree of sexual dimorphism was less than earlier species, with males being 20 to 30 percent larger than females, which is close to the size difference seen in our species. H. erectus had a larger brain than earlier species at 775–1,100 cubic centimeters, which compares to the 1,130–1,260 cubic centimeters seen in modern human brains. H. erectus also had a nose with downward-facing nostrils similar to modern humans, rather than the forward facing nostrils found in other primates. Longer, downward-facing nostrils allow for the warming of cold air before it enters the lungs and may have been an adaptation to colder climates. Artifacts found with fossils of H. erectus suggest that it was the first hominin to use fire, hunt, and have a home base. H. erectus is generally thought to have lived until about 50,000 years ago. 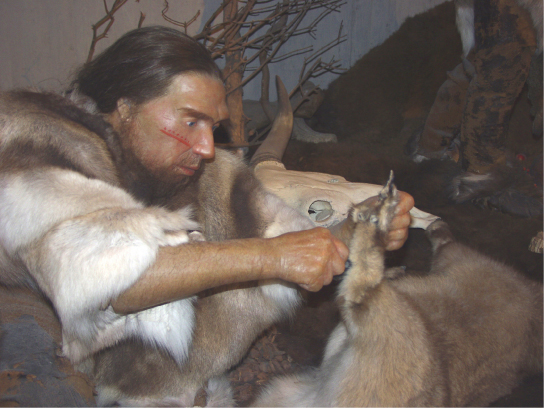 Figure 5. The Homo neanderthalensis used tools and may have worn clothing.

A number of species, sometimes called archaic Homo sapiens, apparently evolved from H. erectus starting about 500,000 years ago. These species include Homo heidelbergensis, Homo rhodesiensis, and Homo neanderthalensis. These archaic H. sapiens had a brain size similar to that of modern humans, averaging 1,200–1,400 cubic centimeters. They differed from modern humans by having a thick skull, a prominent brow ridge, and a receding chin. Some of these species survived until 30,000–10,000 years ago, overlapping with modern humans (Figure 5).

This evolutionary timeline is supported by molecular evidence. One approach to studying the origins of modern humans is to examine mitochondrial DNA (mtDNA) from populations around the world. Because a fetus develops from an egg containing its mother’s mitochondria (which have their own, non-nuclear DNA), mtDNA is passed entirely through the maternal line. Mutations in mtDNA can now be used to estimate the timeline of genetic divergence. The resulting evidence suggests that all modern humans have mtDNA inherited from a common ancestor that lived in Africa about 160,000 years ago. Another approach to the molecular understanding of human evolution is to examine the Y chromosome, which is passed from father to son. This evidence suggests that all men today inherited a Y chromosome from a male that lived in Africa about 140,000 years ago.