Order Primates of class Mammalia includes lemurs, tarsiers, monkeys, apes, and humans. Non-human primates live primarily in the tropical or subtropical regions of South America, Africa, and Asia. They range in size from the mouse lemur at 30 grams (1 ounce) to the mountain gorilla at 200 kilograms (441 pounds). The characteristics and evolution of primates is of particular interest to us as it allows us to understand the evolution of our own species.

All primate species possess adaptations for climbing trees, as they all descended from tree-dwellers. This arboreal heritage of primates has resulted in hands and feet that are adapted for brachiation, or climbing and swinging through trees. These adaptations include, but are not limited to: 1) a rotating shoulder joint, 2) a big toe that is widely separated from the other toes and thumbs, which are widely separated from fingers (except humans), which allow for gripping branches, 3) stereoscopic vision, two overlapping fields of vision from the eyes, which allows for the perception of depth and gauging distance. Other characteristics of primates are brains that are larger than those of most other mammals, claws that have been modified into flattened nails, typically only one offspring per pregnancy, and a trend toward holding the body upright.

Order Primates is divided into two groups: prosimians and anthropoids. Prosimians include the bush babies of Africa, the lemurs of Madagascar, and the lorises, pottos, and tarsiers of Southeast Asia. Anthropoids include monkeys, apes, and humans. In general, prosimians tend to be nocturnal (in contrast to diurnal anthropoids) and exhibit a smaller size and smaller brain than anthropoids.

The first primate-like mammals are referred to as proto-primates. They were roughly similar to squirrels and tree shrews in size and appearance. The existing fossil evidence (mostly from North Africa) is very fragmented. These proto-primates remain largely mysterious creatures until more fossil evidence becomes available. The oldest known primate-like mammals with a relatively robust fossil record is Plesiadapis (although some researchers do not agree that Plesiadapis was a proto-primate). Fossils of this primate have been dated to approximately 55 million years ago. Plesiadapiforms were proto-primates that had some features of the teeth and skeleton in common with true primates. They were found in North America and Europe in the Cenozoic and went extinct by the end of the Eocene.

The first true primates were found in North America, Europe, Asia, and Africa in the Eocene Epoch. These early primates resembled present-day prosimians such as lemurs. Evolutionary changes continued in these early primates, with larger brains and eyes, and smaller muzzles being the trend. By the end of the Eocene Epoch, many of the early prosimian species went extinct due either to cooler temperatures or competition from the first monkeys. 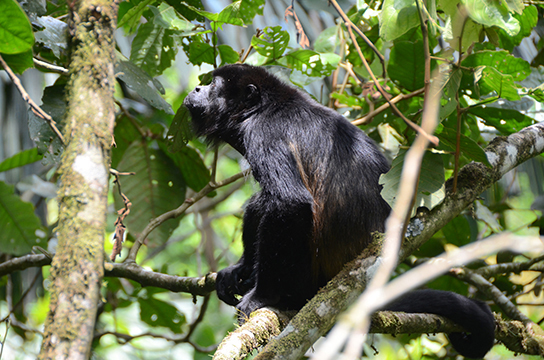 Figure 1. The howler monkey is native to Central and South America. It makes a call that sounds like a lion roaring. (credit: Xavi Talleda)

Apes evolved from the catarrhines in Africa midway through the Cenozoic, approximately 25 million years ago. Apes are generally larger than monkeys and they do not possess a tail. All apes are capable of moving through trees, although many species spend most their time on the ground. Apes are more intelligent than monkeys, and they have relatively larger brains proportionate to body size. The apes are divided into two groups. The lesser apes comprise the family Hylobatidae, including gibbons and siamangs. The great apes include the genera Pan (chimpanzees and bonobos) (Figure 2a), Gorilla (gorillas), Pongo (orangutans), and Homo (humans) (Figure 2b). The very arboreal gibbons are smaller than the great apes; they have low sexual dimorphism (that is, the sexes are not markedly different in size); and they have relatively longer arms used for swinging through trees.