After the 1819 Adams-Onís Treaty defined the U.S.-Mexico boundary, Spain began actively encouraging Americans to settle their northern province. Texas was sparsely settled, and the few Mexican farmers and ranchers who lived there were under constant threat of attack by hostile Native tribes, especially the Comanche, who regularly raided Mexican settlements in pursuit of horses and cattle.

To increase the non-Native population in Texas and provide a buffer zone between its hostile tribes and the rest of Mexico, Spain began to recruit empresarios. An empresario was someone who brought settlers to the region in exchange for generous grants of land. Moses Austin, a once-prosperous entrepreneur reduced to poverty by the Panic of 1819, requested permission to settle three hundred English-speaking American residents in Texas. Spain agreed on the condition that the resettled people convert to Roman Catholicism.

From 1808-1821, Mexico revolted against Spain for its independence. In 1808, Napoleon Bonaparte invaded Spain and deposed the Spanish King Charles IV, who was from the Royal House of Bourbon. Bonaparte placed his own brother on the Spanish throne and in response, many of Spain’s colonial holdings overseas established their own local governments to rule in the name of the Bourbon monarchy. However, in 1812 Spanish representatives met to try and create a constitution that reframed the Spanish government in the absence of a legitimate monarch. In New Spain, many American-born Spaniards saw the upheaval in Europe as a chance for independence. In 1810, in the village of Dolores, a Catholic priest named Miguel Hidalgo y Costilla helped spark the first revolt of the Mexican War of Independence. The Bonaparte government in Spain was overthrown in 1814 and Charles IV’s son, Ferdinand VII, succeeded to the throne. Ferdinand wanted a return to absolute monarchy, which only inflamed tensions in Mexico and served to continue the revolution. The war continued after Ferdinand was deposed in 1820 and eventually the Mexican forces forced the Spanish representative in Mexico City to sign the Treaty of Cordoba in 1821. This treaty established the First Mexican Empire, which comprised modern-day Mexico, Texas, and much of the Southwestern U.S. 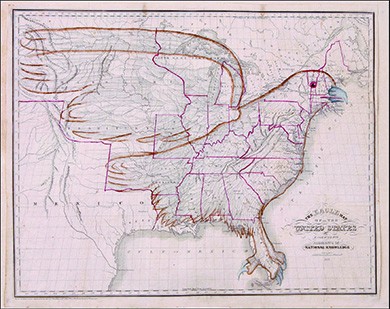 Figure 1. By the early 1830s, all the lands east of the Mississippi River had been settled and admitted to the Union as states. The land west of the river, though in this contemporary map united with the settled areas in the body of an eagle symbolizing the territorial ambitions of the United States, remained largely unsettled by White Americans. Texas (just southwest of the bird’s tail feathers) remained outside the U.S. border.

On his deathbed in 1821, Austin asked his son Stephen to carry out his plans, and Mexico, which had won independence from Spain the same year, allowed Stephen to take control of his father’s grant. Like Spain, Mexico also wished to encourage settlement in the state of Coahuila y Texas and passed colonization laws to encourage immigration. Thousands of Americans, primarily from slave states, flocked to Texas and quickly came to outnumber the Tejanos, the Mexican residents of the region. The soil and climate offered good opportunities to expand slavery and the cotton kingdom. Land was plentiful and offered at generous terms. Unlike the U.S. government, Mexico allowed buyers to pay for their land in installments and did not require a minimum purchase. Furthermore, to many Whites, it seemed not only their God-given right but also their patriotic duty to populate the lands beyond the Mississippi River, bringing with them American slavery, culture, laws, and political traditions.

The Texas War for Independence

Many Americans who migrated to Texas at the invitation of the Mexican government did not completely shed their identity or loyalty to the United States. They brought American traditions and expectations with them (including, for many, the right to own slaves). For instance, the majority of these new settlers were Protestant, and though they were not required to attend the Catholic mass, Mexico’s prohibition on the public practice of other religions caused conflict and tension and was routinely ignored by the American settlers.

Accustomed to representative democracy, jury trials, and the defendant’s right to appear before a judge, the Anglo-American settlers in Texas also disliked the Mexican legal system, which provided for an initial hearing by an alcalde, an administrator who often combined the duties of mayor, judge, and law enforcement officer. The alcalde sent a written record of the proceeding to a judge in Saltillo, the state capital, who decided the outcome. Settlers also resented that at most two Texas representatives were allowed in the state legislature.

Their greatest source of discontent, though, was the Mexican government’s 1829 abolition of slavery. Most American settlers in Mexico were from Southern states, and many had brought slaves with them. Mexico tried to accommodate them by maintaining the fiction that the slaves were indentured servants, but American enslavers in Texas distrusted the Mexican government and wanted Texas to be a new U.S. slave state. The settlers’ distaste for Roman Catholicism (the official religion of Mexico) and a widely held belief in American racial superiority led them generally to regard Mexicans as dishonest, ignorant, and backward. 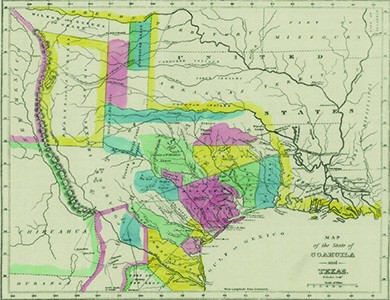 Figure 2. This 1833 map shows the extent of land grants made by Mexico to American settlers in Texas. Nearly all are in the eastern portion of the state, one factor that led to war with Mexico in 1846.

Belief in their own superiority inspired some Texans to try to undermine the power of the Mexican government. When empresario Haden Edwards attempted to evict people who had settled his land grant before he gained title to it, the Mexican government nullified its agreement with him. Outraged, Edwards and a small party of men took the alcalde of Nacogdoches prisoner. The Mexican army marched to the town, and Edwards and his troops then declared the formation of the Republic of Fredonia between the Sabine and Rio Grande Rivers. To demonstrate loyalty to their adopted country, a force led by Stephen Austin hastened to Nacogdoches to support the Mexican army. Edwards’s revolt collapsed, and the revolutionaries fled Texas.

The growing presence of American settlers in Texas, their reluctance to abide by Mexican law, and their desire for independence caused the Mexican government to grow wary. In 1830, it forbade future U.S. immigration and increased its military presence in Texas. Settlers continued to stream illegally across the long border and by 1835 there were twenty thousand Anglo-Americans in Texas. 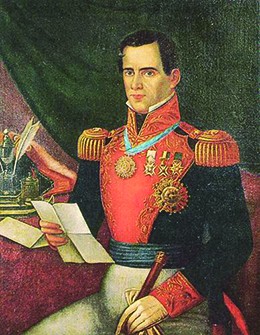 In 1831, fifty-five delegates from the Anglo-American settlements in Texas gathered to demand the suspension of customs duties, the resumption of immigration from the United States, better protection from Native tribes, the granting of promised land titles, and the creation of an independent state of Texas separate from Coahuila. Ordered to disband, the delegates reconvened in early April 1833 to write a constitution for an independent Texas. Surprisingly, General Antonio Lopez de Santa Anna, Mexico’s new president, agreed to all demands, except the call for statehood. Coahuila y Texas made provisions for jury trials, increased Texas’s representation in the state legislature, and removed restrictions on commerce.

Texans’ hopes for independence were quashed in 1834, however, when Mexico’s army and clergy pressured Santa Anna to declare himself dictator, due to the threat of liberal Mexican officials who wanted to reduce their power. Santa Anna cooperated with these demands, declared himself dictator, and dismissed the Mexican Congress and abolished all state governments, including that of Coahuila y Texas. In January 1835, reneging on earlier promises, he dispatched troops to the town of Anahuac to collect customs duties. Lawyer and soldier William B. Travis and a small force marched on Anahuac in June, and the fort surrendered. On October 2, Anglo-American forces met Mexican troops at the town of Gonzales; the Mexican troops fled and the Americans moved on to take San Antonio. Now more cautious, delegates to the Consultation of 1835 at San Felipe de Austin voted against declaring independence, instead drafting a statement, which became known as the Declaration of Causes, promising continued loyalty if Mexico returned to a constitutional form of government. They selected Henry Smith, leader of the Independence Party, as governor of Texas and placed Sam Houston, a former soldier who had been a congressman and governor of Tennessee, in charge of its small military force.

“Come and take it” 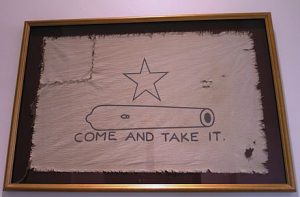 Figure 4. A replica of the 1835 flag at the Texas State Capitol.

When Mexican troops arrived in Gonzales, Texas in 1835, their express purpose was to seize a cannon that the settlers had been keeping there illegally. The settlers had fashioned a flag with an image of a canon and the words “come and take it,” daring the Mexican army to challenge them. The phrase “come and take it” comes originally from the Persian War in 480 BC when the Spartan King Leonidas taunted the Persian army with the Greek phrase “molon labe” when the Persians demanded his surrender. It was also used in the Revolutionary War when a British army tried to take Fort Morris in Georgia and was sent the message “come and take it” by the American Colonel McIntosh, who was vastly outnumbered.

Today, the flag and phrase are used frequently as an unofficial second flag and motto for the State of Texas.

The Consultation delegates met again in March 1836 to declare their independence from Mexico, naming their new sovereign state the Republic of Texas and drafting a constitution that called for an American-style judicial system and an elected president and legislature. Significantly, they also established that slavery would not be prohibited in Texas. Many wealthy Tejanos supported the push for independence, hoping for liberal governmental reforms and economic benefits. Although the new Republic of Texas hoped that they could negotiate to be annexed to the U.S., both parties in the US government balked at the idea of a massive new slave state. The existence of the Republic of Texas also set the stage for violent conflict between the U.S. and Mexico.

How did Texas settlers’ view of Mexico and its people contribute to the history of Texas in the 1830s?

Show Answer
American slaveholders in Texas distrusted the Mexican government’s reluctant tolerance of slavery and wanted Texas to be a new U.S. slave state. Most also disliked Mexicans’ Roman Catholicism and regarded them as dishonest, ignorant, and backward. Belief in their own superiority inspired some Texans to try to undermine the power of the Mexican government.

Coahuila y Texas: the Mexican state where most Anglo settlers moved, which eventually split and each independent state (Coahuila and Texas) seceded from Mexico. Coahuila joined two other states to form the Republic of the Rio Grande (which only lasted a short time), while Texas established itself as an independent Republic.

empresario: a person who brought new settlers to Texas in exchange for a grant of land

Republic of Fredonia: one of the first attempts to establish an independent Anglo-American state within Mexico, near the town of Nacogdoches. Led by Haden Edwards, a group of White settlers arrested and removed Mexican officials from the parcel of land that Edwards had been sold by the Mexican government. They declared the independent Republic, but Mexico took the land back after only a month and Edwards fled to the United States.

Tejanos: Mexican residents of the state of Coahuila y Texas.