In spite of Texans’ declaration of independence, Mexico had no intention of losing its northern province. In February 1836, Santa Anna and his army of four-thousand men had besieged San Antonio, where the Texian forces were holed up. Hopelessly outnumbered, the two-hundred defenders under William Travis fought fiercely from their refuge in an old Catholic mission known as the Alamo. After ten days, however, the mission was taken by Santa Anna’s forces and all but a few of the defenders were dead, including Travis and James Bowie, the famed frontiersman who was also a land speculator and enslaver. A few male survivors, possibly including the frontier legend and former Tennessee congressman Davy Crockett, were led outside the walls and executed. The women and children inside the mission were allowed to leave with the only adult male survivor, a person enslaved by Travis, who was subsequently freed by the Mexican Army and fled San Antonio with the other survivors.

The Battle of San Jacinto

Although they were hungry for revenge, the Texian forces under Sam Houston withdrew, gathering recruits as they went. Coming upon Santa Anna’s encampment on the banks of San Jacinto River on April 21, 1836, they waited as the Mexican troops settled for an afternoon nap. Assured by Houston that “Victory is certain!” and told to “Trust in God and fear not!” the seven hundred men descended on a sleeping force nearly twice their number with cries of “Remember the Alamo!” Within fifteen minutes the Battle of San Jacinto was over. Approximately half the Mexican troops were killed, and the survivors, including Santa Anna, were taken prisoner.

Santa Anna grudgingly signed a peace treaty and was sent to Washington, where he met with President Andrew Jackson and, under pressure, agreed to recognize an independent Texas with the Rio Grande River as its southwestern border. By the time the agreement had been signed, however, Santa Anna had been removed from power in Mexico. For that reason, the Mexican Congress refused to be bound by Santa Anna’s promises and continued to insist that the renegade Republic of Texas still belonged to Mexico.

Visit the official Alamo website to learn more about the battle of the Alamo and take a virtual tour of the old mission.

In September 1836, military hero Sam Houston was elected president of Texas, and, in keeping with the mindset of U.S. expansion, Texans voted in favor of annexation to the United States. This had been the dream of many settlers in Texas all along. They wanted to expand the United States west and saw Texas as the next logical step. Enslavers there, such as Sam Houston, William B. Travis and James Bowie (the latter two of whom died at the Alamo), believed too in the destiny of slavery. Mindful of the vicious debates over Missouri that had led to talk of disunion and war, American politicians were reluctant to annex Texas or, indeed, even to recognize it as a sovereign nation while it still allowed slavery. Annexation would almost certainly mean war with Mexico, who still claimed Texas for itself, and the admission of a state with a large slave population, though permissible under the Missouri Compromise, would bring the issue of slavery once again to the forefront. Texas had no choice but to organize itself as the independent Lone Star Republic. To protect itself from Mexican attempts to reclaim it, Texas sought and received recognition from France, Great Britain, Belgium, and the Netherlands. The United States did not officially recognize Texas as an independent nation until March 1837, nearly a year after the final victory over the Mexican army at San Jacinto. 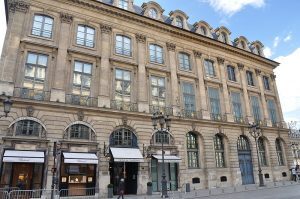 Figure 2. The Hotel de Vendôme in Paris, which was the location of the Republic of Texas Embassy in France, just down the road from the Arc de Triomphe.

Uncertainty about its future did not discourage Americans, especially enslavers, from rushing to settle in the Lone Star Republic. Between 1836 and 1846, its population nearly tripled. By 1840, nearly twelve thousand enslaved Africans had been brought to Texas by American enslavers. Many new settlers had suffered financial losses in the severe financial depression of 1837 and hoped for a new start in the new nation. According to folklore, across the United States, homes and farms were deserted overnight, and curious neighbors found notes reading only “GTT” (“Gone to Texas”). Many Europeans, especially Germans, also immigrated to Texas during this period.

In keeping with the program of ethnic cleansing and White racial domination, as illustrated by the image at the beginning of this module, Americans in Texas generally treated both Tejano and Native American residents with utter contempt, eager to displace and dispossess them. In order to lessen the influence of Mexico inside Texas, Tejanos were required by law to either move to Mexico or to east Texas, and many were forcibly removed from their land. Anglo-American leaders failed to return the support their Tejano neighbors had extended during the rebellion and repaid them by seizing their lands. In 1839, the republic’s militia attempted to drive out the Cherokee and Comanche. The new Republic also banned free Blacks from living inside Texas. If an individual slave was emancipated, they had to immediately leave the Republic.

Not all relationships between settlers and Native Americans were hostile. In the early 1840s, a group of German settlers sponsored by the Adelsverein organization (which hoped to establish a new German community in Texas) settled in the middle of Comanche territory in central Texas. The German Prince Carl of Solms-Braunfels, who sponsored the Adelsverein, hoped to maintain peaceful relations with the Penatuhkah band of Comanches who occupied the land around the new settlement of Fredericksburg.

In 1847, a German named John Meusebach and a Comanche agent named Robert Neighbors traveled into Penatuhkah territory with a group of surveyors. They made peaceful contact with the tribe and Meusebach negotiated a treaty with three Comanche chiefs, Santa Anna, Old Owl, and Buffalo Hump, which allowed German settlers to go on Comanche land and the Comanche to visit the settlements without harm or violence. The treaty was unique for two reasons: because it did not involve the U.S. government their agents, and it has never been broken by either party.

The impulse to expand did not lay dormant, and Anglo-American settlers and leaders in the newly formed Texas republic soon cast their gaze on the Mexican province of New Mexico as well. Repeating earlier tactics, a Texas force set out in 1841 intent on taking Santa Fe. Its members encountered an army of New Mexicans and were taken prisoner and sent to Mexico City. On Christmas Day, 1842, Texans avenged a Mexican assault on San Antonio by attacking the Mexican town of Mier. In August, another Texas army was sent to attack Santa Fe, but Mexican troops forced them to retreat. Clearly, hostilities between Texas and Mexico had not ended simply because Texas had declared its independence.

Since Santa Anna had signed the treaty recognizing the Republic of Texas under duress, Mexico refused to recognize the new nation and continued to try and recapture the territory. Meanwhile, Anglo-Americans in Texas tried everything to convince the U.S. to annex Texas. The tension inside Texas between Anglos and Tejanos and the repeated attempts by Texas to take over Mexican territory only added to the conflict, creating the circumstances which would lead to the Mexican-American War.

This video concisely explains how Texas became its own independent nation.

You can view the transcript for “The Texas Revolution in 3 Minutes” here (opens in new window).

Alamo: an old Spanish mission turned fort in San Antonio, which the Texian army took over so they could make a stand against Santa Anna and his Mexican army. The battle was a rout for the Texians, but its outcome helped to motivate Anglo settlers in Texas to join the movement for independence.

Texian: the word used to refer to a citizen or institution of the Republic of Texas (i.e., the Texian Army)