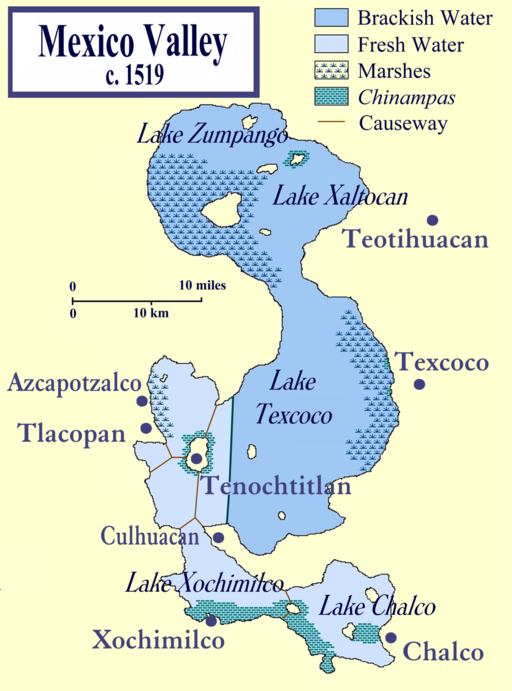 Figure 2. This map shows the city of Tenochtitlan, built upon an island surrounded by Lake Texcoco. Note that the city of Teotihuacan, the largest Mayan city, is located further to the northeast.

When the Spaniard Hernán Cortés arrived on the coast of Mexico in the sixteenth century, at the site of present-day Veracruz, he soon heard of a great city ruled by an emperor named Moctezuma. This city was tremendously wealthy—filled with gold—and took in tribute from surrounding tribes. The riches and cultural complexity Cortés found when he arrived at that city, known as Tenochtitlán, were far beyond anything he or his men had ever seen. 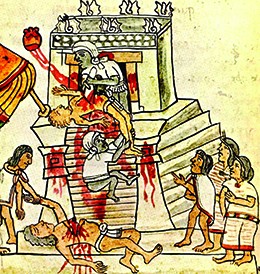 Figure 3. In this illustration, an Aztec priest cuts out the beating heart of a sacrificial victim before throwing the body down from the temple. Aztec belief centered on supplying the gods with human blood—the ultimate sacrifice—to keep them strong and well.

According to legend, a warlike people called the Aztec (also known as the Mexica) had left a city called Aztlán and traveled south to the site of present-day Mexico City. In 1325, they began construction of Tenochtitlán on an island in Lake Texcoco. By 1519, when Cortés arrived, this settlement contained upwards of 200,000 inhabitants and was certainly the largest city in the Western Hemisphere at that time and probably larger than any European city. One of Cortés’s soldiers, Bernal Díaz del Castillo, recorded his impressions upon first seeing it: “When we saw so many cities and villages built in the water and other great towns on dry land we were amazed and said it was like the enchantments . . . on account of the great towers and cues and buildings rising from the water, and all built of masonry. And some of our soldiers even asked whether the things that we saw were not a dream? . . . I do not know how to describe it, seeing things as we did that had never been heard of or seen before, not even dreamed about.”

Unlike the dirty, fetid cities of Europe at the time, Tenochtitlán was well planned, clean, and orderly. The city had neighborhoods for specific occupations, a trash collection system, markets, two aqueducts bringing in fresh water, and public buildings and temples. Unlike the Spanish, Aztecs bathed daily, and wealthy homes might even contain a steam bath. A labor force of enslaved people from subjugated neighboring tribes had built the fabulous city and the three causeways that connected it to the mainland. To farm, the Aztec constructed barges made of reeds and filled them with fertile soil. Lake water constantly irrigated these chinampas, or “floating gardens,” which are still in use and can be seen today in Xochimilco, a district of Mexico City.

The Aztec people possessed a complex religious belief system. Each god in their pantheon represented and ruled an aspect of the natural world, such as the heavens, farming, rain, fertility, sacrifice, and combat. A ruling class of warrior nobles and priests performed ritual human sacrifice daily to sustain the sun on its long journey across the sky, to appease or feed the gods, and to stimulate agricultural production. The sacrificial ceremony included cutting open the chest of a criminal or captured warrior with an obsidian knife and removing the still-beating heart.

The Aztec Predict the Coming of the Spanish

The following is an excerpt from the sixteenth-century Florentine Codex of the writings of Fray Bernardino de Sahagun, a priest and early chronicler of Aztec history. When an old man from Xochimilco first saw the Spanish in Veracruz, he recounted an earlier dream to Moctezuma, the ruler of the Aztecs:

Said Quzatli to the sovereign, “Oh mighty lord, if because I tell you the truth I am to die, nevertheless I am here in your presence and you may do what you wish to me!” He narrated that mounted men would come to this land in a great wooden house [ships]. This structure was to lodge many men, serving them as a home; within they would eat and sleep. On the surface of this house they would cook their food, walk, and play as if they were on firm land. They were to be white, bearded men, dressed in different colors, and on their heads they would wear round coverings.

Ten years before the arrival of the Spanish, Moctezuma received several omens which at the time he could not interpret. A fiery object appeared in the night sky, a spontaneous fire broke out in a religious temple and could not be extinguished with water, a water spout appeared in Lake Texcoco, and a woman could be heard wailing, “O my children we are about to go forever.” Moctezuma also had dreams and premonitions of impending disaster. These foretellings were recorded after the Aztecs’ destruction. They do, however, give us insight into the importance placed upon signs and omens in the pre-Columbian world.

This video highlights how both the Aztec and Inca civilizations were highly sophisticated but had weak political structures during the age of exploration that made them more susceptible to European conquerors.

Note that video clips such as this one are sprinkled throughout the course and provide an opportunity for you to dig a little bit deeper into the content.

You can view the transcript for “Native American Empires at the Time of European Contact” here (opens in new window). 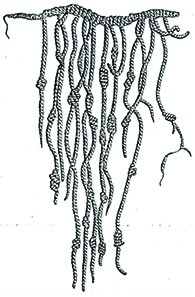 Figure 5. The Inca had no written language. Instead, they communicated and kept records by means of a system of knots and colored strings called the quipu. Each of these knots and strings possessed a distinct meaning intelligible to those educated in their significance.

In South America, the most highly developed and complex society was that of the Inca, which means “lord” or “ruler” in the Andean language called Quechua. At its height in the fifteenth and sixteenth centuries, the Inca Empire, located on the Pacific coast and straddling the Andes Mountains, extended some 2,500 miles. It stretched from modern-day Colombia in the north to Chile in the south and included cities built at an altitude of 14,000 feet above sea level. Its road system, kept free of debris and repaired by workers stationed at varying intervals, rivaled that of the Romans and efficiently connected the sprawling empire. The Inca, like all other pre-Columbian societies, did not use axle-mounted wheels for transportation. They built stepped roads to ascend and descend the steep slopes of the Andes; these would have been impractical for wheeled vehicles but worked well for pedestrians. These roads enabled the rapid movement of the highly trained Incan army. Also like the Romans, the Inca were effective administrators. Runners called chasquis traversed the roads in a continuous relay system, ensuring quick communication over long distances. The Inca had no system of writing, however. They communicated and kept records using a system of colored strings and knots called the quipu. 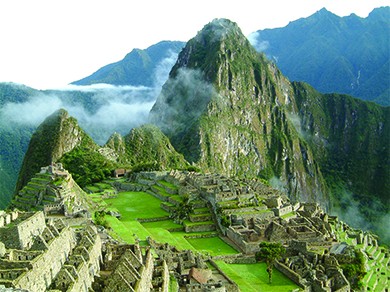 Figure 6. Located in modern-day Peru at an altitude of nearly 8,000 feet, Machu Picchu was a ceremonial Incan city built about 1450 CE.

The Inca people worshipped their lord who, as a member of an elite ruling class, had absolute authority over every aspect of life. Much like feudal lords in Europe at the time, the ruling class lived off the labor of the peasants, collecting vast wealth that accompanied them as they went, mummified, into the next life. The Inca farmed corn, beans, squash, quinoa (a grain cultivated for its seeds), and the indigenous potato on terraced land they hacked from the steep mountains. Peasants received only one-third of their crops for themselves. The Inca ruler required a third, and a third was set aside in a kind of welfare system for those unable to work. Huge storehouses were filled with food for times of need. Each peasant also worked for the Inca ruler a number of days per month on public works projects, a requirement known as the mita. For example, peasants constructed rope bridges made of grass to span the mountains above fast-flowing icy rivers. In return, the lord provided laws, protection, and relief in times of famine.

The Inca worshipped the sun god Inti and called gold the “sweat” of the sun. Unlike the Maya and the Aztecs, they rarely practiced human sacrifice and usually offered the gods food, clothing, and coca leaves. In times of dire emergency, however, such as in the aftermath of earthquakes, volcanoes, or crop failure, they resorted to sacrificing prisoners. The ultimate sacrifice was children, who were specially selected and well-fed. The Inca believed these children would immediately go to a much better afterlife.

In 1911, the American historian Hiram Bingham uncovered the lost Incan city of Machu Picchu. Located about fifty miles northwest of Cusco, Peru, at an altitude of about 8,000 feet, the city had been built in 1450 and inexplicably abandoned roughly a hundred years later. Scholars believe the city was used for religious ceremonial purposes and housed the priesthood. The architectural beauty of this city is unrivaled. Using only the strength of human labor and no machines, the Inca constructed walls and buildings of polished stones, some weighing over fifty tons, that were fitted together perfectly without the use of mortar. In 1983, UNESCO designated the ruined city a World Heritage Site.

chinampas: floating Aztec gardens consisting of a large barge woven from reeds, filled with dirt and floating on the water, allowing for irrigation

mita: the Incan labor tax, with each family donating time and work to communal projects