President George Washington’s cabinet choices reflected continuing political tensions over the size and power of the federal government. John Adams served as vice president, and Washington chose Alexander Hamilton to be his secretary of the treasury. Both men wanted an active government that would promote prosperity by supporting American industry. However, Washington selected Thomas Jefferson as his secretary of state, and Jefferson was committed to restricting federal power and preserving an economy based on agriculture. Almost from the beginning, Washington struggled to reconcile the Federalist and Republican (or Democratic-Republican) factions within his own administration.

Alexander Hamilton was an ardent nationalist who believed a strong federal government could solve many of the new country’s financial ills. Born in the West Indies, Hamilton had worked on a St. Croix plantation as a teenager and was in charge of the accounts at a young age. He knew the Atlantic trade system very well and used that knowledge in setting policy for the United States. In the early 1790s, he created the foundation for the U.S. financial system. He understood that a robust federal government would provide a solid financial foundation for the country.

Hamilton: An American Musical took America and the world by storm after it opened on Broadway in 2015. Since then, it has received 11 awards, including Best Musical and Best Original Score, and because of it, many more people know Alexander Hamilton’s interesting and influential story. 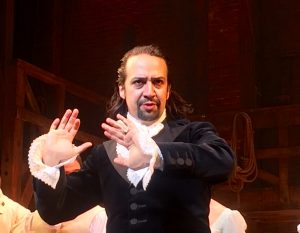 Figure 1. Lin-Manuel Miranda starring as Hamilton in the eponymous musical.

This first song from the musical tells about his life. A later song in the musical is a rap battle between Hamilton, played by the show’s creator and star, Lin-Manuel Miranda, and Thomas Jefferson, played by Daveed Diggs. Note that there is some explicit language, but if you are interested, you can watch Jefferson begin the debate and hear Hamilton’s rebuttal.

The United States began mired in debt. In 1789, when Hamilton took up his post, the federal debt was over $53 million. The states had a combined debt of around $25 million, and the United States had been unable to pay its debts in the 1780s and was therefore considered a credit risk by European countries. Hamilton wrote three reports offering solutions to the economic crisis brought on by these problems. The first addressed public credit, the second addressed banking, and the third addressed raising revenue.

The Report on Public Credit

For the national government to be effective, Hamilton deemed it essential to have the support of those to whom it owed money: the wealthy, domestic creditor class as well as foreign creditors. In January 1790, he delivered his “Report on Public Credit”, addressing the pressing need of the new republic to become creditworthy. He recommended that the new federal government honor all its debts, including all paper money issued by the Confederation and the states during the war, at face value. Hamilton especially wanted wealthy American creditors who held large amounts of paper money to be invested, literally, in the future and welfare of the new national government. He also understood the importance of making the new United States financially stable for creditors abroad.

To pay these debts, Hamilton proposed that the federal government sell bonds—federal interest-bearing notes—to the public. A bond is a loan from an individual to a government. Essentially, the individual provides money to the government and receives a bond in exchange. The bond may be thought of as an IOU issued by the government –the government promises to pay the bondholder back at some agreed-upon future date and pays the bondholder interest in the meantime. These bonds would be issued by the federal government and guaranteed by it. Significantly, in Hamilton’s view, bondholders now have a vested interest in the nation’s success–they want to be paid back. Creditors could exchange their old notes for the new government bonds. Hamilton wanted to give the paper money that states had issued during the war the same status as government bonds; these federal notes would begin to yield interest payments in 1792.

Hamilton designed his “Report on Public Credit” (later called “First Report on Public Credit”) to ensure the survival of the new and shaky American republic. He knew the importance of making the United States financially reliable, secure, and strong, and his plan provided a blueprint to achieve that goal. He argued that his plan would satisfy creditors, citing the goal of “doing justice to the creditors of the nation.” At the same time, the plan would work “to promote the increasing respectability of the American name; to answer the calls for justice; to restore landed property to its due value; to furnish new resources both to agriculture and commerce; to cement more closely the union of the states; to add to their security against foreign attack; to establish public order on the basis of upright and liberal policy.”

Hamilton’s program ignited a heated debate in Congress. A great many of both Confederation and state notes had found their way into the hands of speculators, who had bought them from hard-pressed veterans in the 1780s and paid a fraction of their face value in anticipation of redeeming them at full value at a later date. Because these speculators held so many notes, many in Congress objected that Hamilton’s plan would benefit them at the expense of the original note-holders. One of those who opposed Hamilton’s 1790 report was James Madison, who questioned the fairness of a plan that seemed to cheat poor soldiers.

Not surprisingly, states with a large debt, like South Carolina, supported Hamilton’s plan, while states with less debt, like North Carolina, did not. To gain acceptance of his plan, Hamilton worked out a compromise with Virginians Madison and Jefferson, whereby in return for their support he would give up New York City as the nation’s capital and agree on a more southern location, which they preferred. In July 1790, a site along the Potomac River was selected as the new “federal city,” which became the District of Columbia.

Hamilton’s plan to convert notes to bonds worked extremely well to restore European confidence in the U.S. economy. It also proved a windfall for creditors, especially those who had bought upstate and Confederation notes far below face value. But it immediately generated controversy about the size and scope of the government. Some saw the plan as an unjust use of federal power, while Hamilton argued that Article 1, Section 8 of the Constitution granted the government “implied powers” that gave the green light to his program.

The Report on a National Bank

As secretary of the treasury, Hamilton hoped to stabilize the American economy further by establishing a national bank. The United States operated with a flurry of different notes from multiple state banks and no coherent regulation. By proposing that the new national bank buy up large volumes of state bank notes and demanding their conversion into gold, Hamilton especially wanted to discipline those state banks that issued paper money irresponsibly. To that end, he delivered his “Report on a National Bank” in December 1790, proposing a Bank of the United States, an institution modeled on the Bank of England. The bank would issue loans to American merchants and bills of credit (federal bank notes that would circulate as money) while serving as a repository of government revenue from the sale of land. Stockholders would own the bank, along with the federal government.

Like the recommendations in his “Report on Public Credit,” Hamilton’s bank proposal generated opposition. Jefferson, in particular, argued that the Constitution did not permit the creation of a national bank. In response, Hamilton again invoked the Constitution’s implied powers. President Washington backed Hamilton’s position and signed legislation creating the bank in 1791.

This video explains more of the context surrounding the debate about creating a National Bank.

You can view the transcript for “Hamilton v. Jefferson: The Central Bank Debate [POLICYbrief]” here (opens in new window).

The Report on Manufactures

The third report Hamilton delivered to Congress, known as the “Report on Manufactures,” addressed the need to raise revenue to pay the interest on the national debt. Using the power to tax as provided under the Constitution, Hamilton put forth a proposal to tax American-made whiskey. He also knew the importance of promoting domestic manufacturing so the new United States would no longer have to rely on imported manufactured goods. To break from the old colonial system, Hamilton, therefore, advocated tariffs (a tax) on all foreign imports to stimulate the production of American-made goods. To promote domestic industry further, he proposed federal subsidies to American industries. Like all of Hamilton’s programs, the idea of government involvement in the development of American industries was new.

With Washington’s backing, the entire Hamiltonian economic program received the necessary support in Congress to be implemented. In the long run, Hamilton’s financial program helped to rescue the United States from its state of near bankruptcy in the late 1780s. His initiatives marked the beginning of an American capitalism, making the republic creditworthy, promoting commerce, and establishing a solid financial foundation for the nation. His policies also facilitated the growth of the stock market, as U.S. citizens bought and sold the federal government’s interest-bearing certificates.

bond:  a instrument of indebtedness (a loan) given from the bond issuer to the bondholder.

tariff: a tax on imported goods