What you’ll learn to do: analyze political cartoons in order to answer historical questions about people, movements, ideas, and time periods 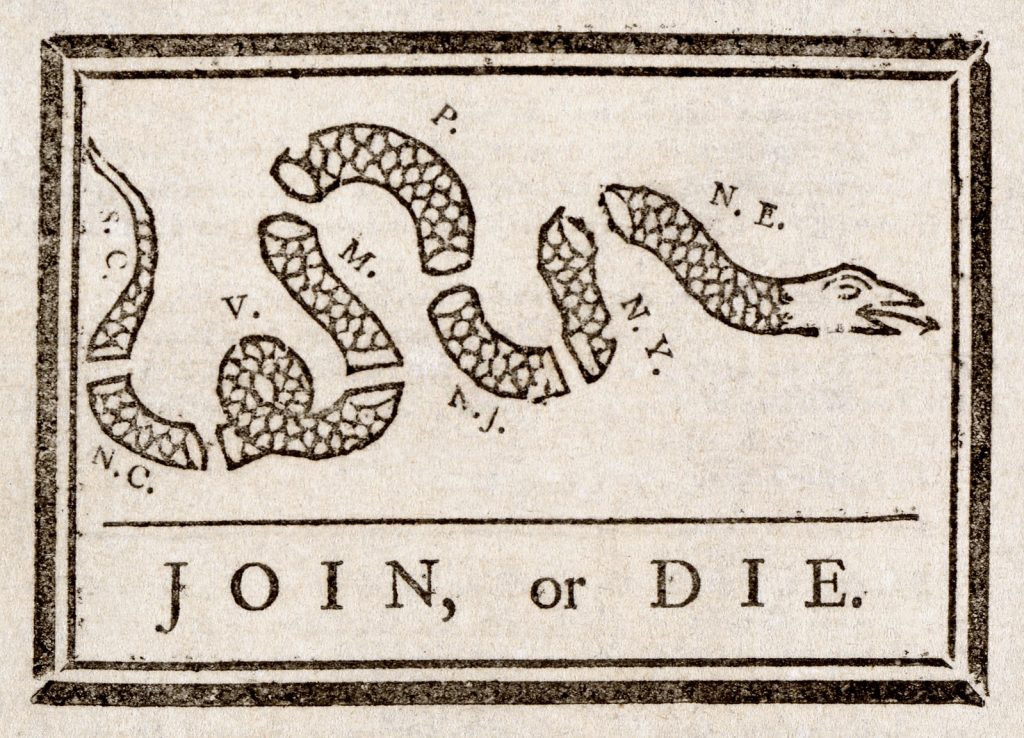 Figure 1. This 1754 political cartoon by Benjamin Franklin was intended to be a message to the colonies to unite together to fight against the French during the French and Indian War. It later became a symbol of colonial freedom during the American Revolutionary War.

Political cartoons have long been used to express public sentiment toward political figures, policies, parties, or other entities or individuals. Political cartoons are, in essence, political and social propaganda. They use explicit, visceral imagery and symbolism to evoke emotions in the people who see them and, hopefully, sway their opinion to one side or another. Benjamin Franklin’s  “Join, or Die,” published in 1754,  is usually credited as the first American political cartoon. Since then, the American print media has used these pithy images to express everything from disapproval to enthusiasm to sadness to anger. They are generally meant to reflect public opinion and simultaneously send a message to a rival faction or political figure, or to encourage a certain action or belief in a group. Often, by examining the components of a political cartoon, we can determine what message it was trying to send, to whom, and what the message was meant to be. We can also analyze the effectiveness of the cartoon’s political or social message.