The Issue of Slavery

The election of 1848 did nothing to quell the controversy over whether slavery would advance into the Mexican Cession. Some enslavers, like President Taylor, considered the question a moot point because the lands acquired from Mexico were far too dry for growing cotton and therefore, they thought, no enslaver would want to move there. Other Southerners, however, argued that the question was not whether enslavers would want to move to the lands of the Mexican Cession, but whether they could and still retain control of their slave property. Denying them the right to freely relocate with their lawful property, they maintained, was unfair and unconstitutional. Northerners argued, just as fervently, that because Mexico had abolished slavery, no enslaved people currently lived in the Mexican Cession, and to introduce slavery there would extend it to a new territory, thus furthering the institution and giving the Slave Power more control over the United States. The strong current of anti-slavery sentiment—that is, the desire to protect White labor—only increased the opposition to the expansion of slavery into the West.

Most Northerners, except members of the Free-Soil Party, favored popular sovereignty for California and the New Mexico territory. Many Southerners opposed this position, however, for they feared residents of these regions might choose to outlaw slavery. Some Southern politicians spoke ominously of secession from the United States. Free-Soilers rejected popular sovereignty and demanded that slavery be permanently excluded from the territories. Meanwhile, moderates in Congress such as Henry Clay, as well as President Taylor, desperately tried to hold the Union together and prevent a sectional crisis that might lead to secession and war. No matter how many compromises they made, however, it seemed that neither side was truly happy. Slave Power factions hobbled any attempt by anti-slavery, popular sovereignty, or abolitionist groups to forestall the spread of slavery, while anti-slavery and abolitionist parties stood against each other because supporters of White, free-market labor worried that if too many enslaved people were emancipated it would reduce jobs available for White workers. Popular sovereignty proponents battled both Slave Power and anti-slavery factions because their stance was not hard-line enough for either side. 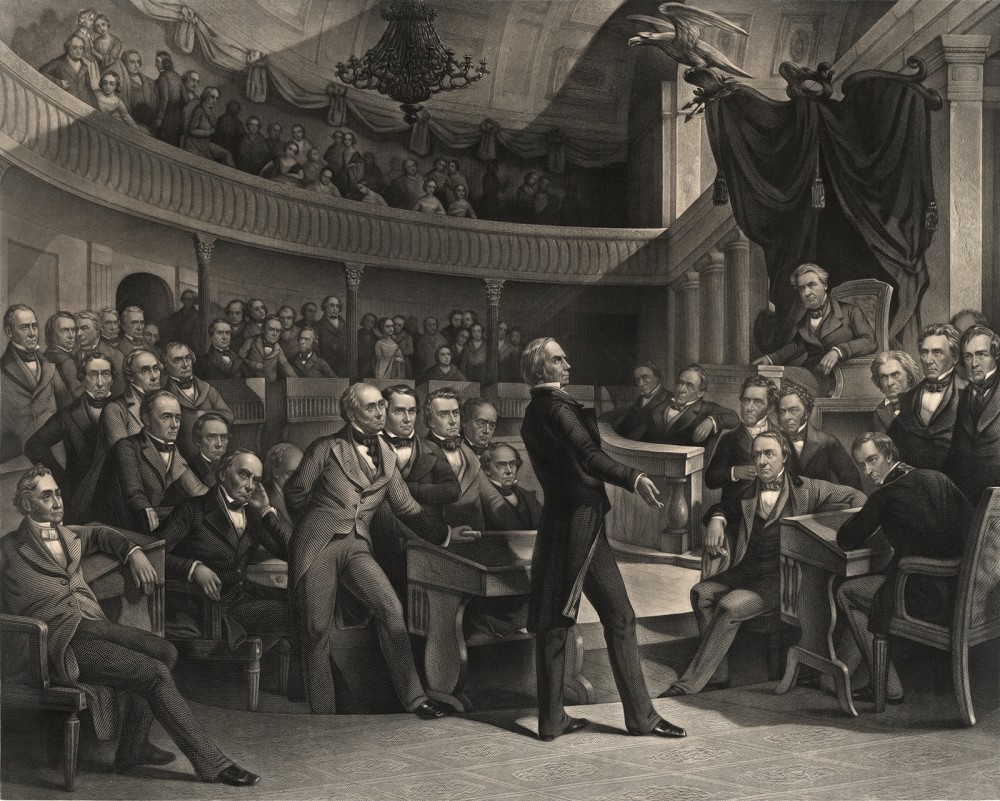 Figure 1. Henry Clay (“The Great Compromiser”) addresses the U.S. Senate during the debates over the Compromise of 1850. The print shows a number of incendiary personalities, like John C. Calhoun, whose increasingly sectional beliefs were pacified for a time by the Compromise. P. F. Rothermel (artist), c. 1855.

Beginning in January 1850, Congress worked for eight months on a compromise that might quiet the growing sectional conflict. Congressional leaders like Henry Clay and newer legislators like Stephen A. Douglas of Illinois were asked to broker a compromise, but this time it was clear no compromise could bridge all the diverging interests at play in the country. President Taylor did not throw his support behind the Compromise because he wanted both California and New Mexico to petition for statehood, which would remove the question of slavery from Congress. However, Taylor died in July 1850 and his Vice President, Millard Fillmore, supported the Compromise. The omnibus bill that Clay had introduced failed in a July vote and the 73-year-old Clay left Washington, disheartened by affairs surrounding the compromise and suffering from tuberculosis.

It fell to young Stephen Douglas, then, to shepherd the bills through the Congress, which he in fact did. Texas senators also threw their support behind the bill to set Texas’ borders and assume all the state’s debts, but most Southerners opposed it because it would apply the Wilmot Proviso to the new territories. In order to appease the Southern opponents, the Compromise was forced to include a stringent new Fugitive Slave Act. A bipartisan group of northern legislators rallied behind the Compromise of 1850 and in September 1850, members of Congress agreed to the following terms, packaged in five separate bills:

1. California, which was ready to enter the Union, was admitted as a free state in accordance with its state constitution.
2. The New Mexico and Utah territories were formally organized and popular sovereignty was to determine the status of slavery in them, even though Utah and part of New Mexico were north of the Missouri Compromise line.
3. The slave trade was banned in Washington D.C. Slavery, however, was allowed to remain.
4. Under a new fugitive slave law, those who helped runaway slaves or refused to assist in their return would be fined and possibly imprisoned. As well, the only proof that was needed to claim a runaway slave was a sworn statement from the alleged owner, and the accused runaway could not request a jury trial nor testify on their own behalf. Law officers were also offered rewards for turning in fugitive slaves, essentially turning them into bounty hunters.
5. The border between Texas and New Mexico was established, Texas surrendered a large portion of its land to the federal government, and in return the government assumed all of Texas’ debts.

The Compromise of 1850 brought temporary relief. It resolved the issue of slavery in the territories for the moment and prevented Southern secession. The peace would not last, however. Northerners resented the new Fugitive Slave Law requiring their participation in the cruelty of capturing and returning runaways. They also felt frustrated that the Utah Territorial Legislature sanctioned slavery in 1852 (although it brought mixed responses, and did stipulate that an enslaved person could be declared free if their enslaver abused them), and the New Mexico Territory affirmed the legality of slavery in 1859. Southerners were bitter about their inability to form a belt of slave-states from coast to coast and watched the North’s rapid industrialization with anxiety. With industrialization came the organization of labor, and one of the priorities of the early labor movement was to prevent the spread of slavery in order to protect White workers. Southern slaveholders felt increasingly boxed in by anti-slavery and abolitionist sentiment. Instead of relieving these tensions, the Compromise of 1850 had only forestalled the seemingly inevitable conflict between North and South.

This video discusses the major conflicts and political changes you’ve learned about in this module, including the California Gold Rush of 1848 and California’s admission as a state, which necessitated the Compromise of 1850.

You can view the transcript for “War & Expansion: Crash Course US History #17” here (opens in new window).

Compromise of 1850: five separate laws passed by Congress in September 1850 to resolve issues stemming from the Mexican Cession and the sectional crisis over the future of slavery