Race Relations During the Gold Rush

Race Relations During the Gold Rush

Island of the blue dolphins 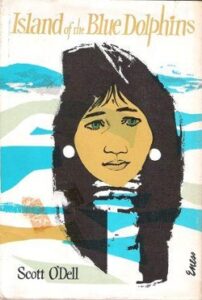 Figure 1. The story told in Islands of the Blue Dolphins is based on the real experience of an Indigenous woman named Juana Maria who lived alone for 18 years after her family and people were forced off pf San Nicolas Island, one of the Channel Islands off the California coast.

The award-winning 1960 novel Island of the Blue Dolphins, by Scott O’Dell, tells the story of a 12-year-old Native American girl named Karana, who lives on an island off the coast of California with her tribe, the Nicoleño, around 1835. One day a ship with White missionaries comes to the island and tells the tribe to pack their things and board the ship. Karana’s brother, Ramo, goes to find his fishing spear and misses the boat, so Karana jumps off the ship and swims to shore. The siblings live together for a period of time before Ramo is killed by a pack of feral dogs. Karana spends 18 years living alone on the island, where she hunts and fishes, builds a canoe, and tames one of the wild dogs, naming him Rontu. Karana lives in a house made of whale bones until eventually, a ship comes and takes her to the Santa Barbara Mission on the mainland.

Karana’s story is based on the true tale of a Native American woman who was given the Christian name Juana Maria. She was rescued off San Nicholas Island off California in 1853 by a fur trapper and taken to the mainland, where no one was able to understand her language since there were no members of her tribe remaining alive. Her story was pieced together using records of the ship that had removed her tribe from the island as well as Mission records showing their arrival. She died of dysentery only seven weeks after arriving at the Mission and is buried there in an unmarked grave. A 1939 archaeological expedition to San Nicholas Island turned up Juana Maria’s whale-bone hut, and several other expeditions have located tools and other artifacts believed to have belonged to the “Lone Woman of San Nicholas Island.”

Her story is a stark demonstration of just how quickly and brutally the White settlers of California worked to suppress and exterminate Native American tribes. In only 18 years, an entire tribe and language were eradicated, culminating in the death of Juana Maria, whose Indigenous name was never even known.

Foreigners were generally disliked in California during the Gold Rush, but the most despised were the thousands of Chinese migrants. Eager to earn money to send to their families in Hong Kong and southern China, they quickly earned a reputation as frugal, hard workers who routinely took over mines that others had abandoned and worked them until every scrap of gold had been found. Many American miners resented their presence and discriminated against them, believing the Chinese, who represented about 8% of the nearly 300,000 who arrived during the Gold Rush, were depriving them of the opportunity to make a living. 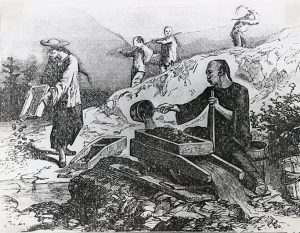 Figure 2. An illustration of Chinese gold miners in California.

Around 25,000 Chinese immigrants had moved to California by 1851, seeking what they called gam saan, or “the mountain of gold.” Most were men who left their families in China, hoping to eventually earn enough money in the mines to book passage for their wives, children, parents, and other extended family members. However, when they arrived in the U.S. they found mining work to be scarce and the local White settlers hostile. Struggling to live, many Chinese immigrants turned to the newest source of labor available in the US: the railroads.

Railroad work required no education and little to no understanding of English. The railroad companies were desperate to reach the new Western states and the opportunities for commerce that awaited there, so they hired young Chinese men in droves and at much lower wages than American workers since these new immigrants were desperate to make a living. Many young men were injured or maimed working on the rail lines because the work involved using dynamite to blast through landforms and create tunnels. There is no record of how many Chinese workers were killed working on the railroads because they were buried alongside the rails in unmarked graves. The Central Pacific railroad employed around 10,000 Chinese immigrants, although this is not evident from the photographs taken after the line was finished.

After the railroads reached California, Chinese-Americans had to find new and creative ways to sustain themselves and their families. Some opened businesses that supported the mining industry, selling shoes or clothing. However, their lives were far from peaceful. An epidemic of violence targeted at Chinese immigrants swept the country. Beatings, lynchings, and even massacres occurred regularly and the perpetrators faced little to no accountability or justice.  Some Americans even made a sport of cutting off Chinese men’s queues, the long braids of hair worn down their backs. Laws targeting Chinese businesses, customs, and even hairstyles were signed into effect, making Chinese-Americans targets for law enforcement as well as racist vigilantes.

During the early stages of the gold rush, when surface gold was plentiful, the Chinese were tolerated by White people, if not well received. However, as gold became harder to find and competition increased, animosity toward the Chinese and other foreigners increased. In 1850, California imposed a tax on foreign miners (the Foreign Miners’ Tax Act of 1850 Act) of $20 per month (the equivalent of about $650 in today’s money), but Europeans were not forced to pay and the burden fell mostly to Mexican and Chinese workers. This made it difficult for Chinese miners to make a living and discouraged further immigration. The Act was repealed in 1851, and subsequently replaced by the Foreign Miners’ License Tax Act of 1852, that charged $3/month. Eventually, hostilities would grow until Congress eventually banned all further immigration of Chinese in the 1882 Chinese Exclusion Act. This act was not repealed until 1943 when the Magnuson Act allowed the immigration of only 105 Chinese people per year to the U.S.

Chinese Exclusion Act: an 1882 national law that prohibited all immigration from China to the U.S.