Introduction to a Growing Capitalist Republic

What you’ll learn to do: describe early capitalism in America and advances in innovation, including the transportation revolution 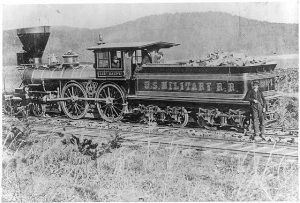 The selling of the public domain was one of the key features of the early nineteenth century in the United States. Thousands rushed west to take part in the bounty. In the wild frenzy of land purchases and speculation in land, state banks advanced risky loans and created unstable paper money not backed by gold or silver, ultimately leading to the Panic of 1819. The ensuing economic depression was the first in U.S. history. Recovery came in the 1820s, followed by a period of robust growth. In this age of entrepreneurship, in which those who invested their money wisely in land, business ventures, or technological improvements reaped vast profits, inventors produced new wonders that transformed American life.