Introduction to the Economics of Cotton

What you’ll learn to do: explain the labor-intensive process of cotton production and the importance of cotton to the Atlantic and American antebellum economy 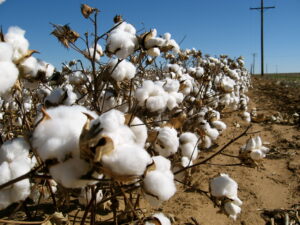 In the years before the Civil War, the South produced the bulk of the world’s supply of cotton. The Mississippi River Valley slave states became the epicenter of cotton production, an area of frantic economic activity where the landscape changed dramatically as land was transformed from pinewoods and swamps into cotton fields.

Cotton’s profitability relied on the institution of slavery, which generated the product that fueled cotton mill profits in the North. When the international slave trade was outlawed in 1808, the domestic slave trade exploded, providing economic opportunities for Whites involved in many aspects of the trade and increasing the possibility of enslaved persons’ dislocation and separation from kin and community. Although the larger American and Atlantic markets relied on southern cotton in this era, the South depended on other markets for food, manufactured goods, and loans. Thus, the market revolution transformed the South just as it had other regions.