Introduction to the End of Reconstruction

What you’ll learn to do: explain the reasons for the collapse of Reconstruction 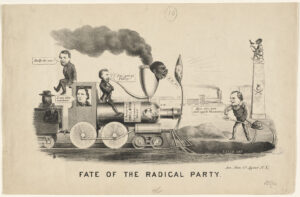 The efforts launched by Radical Republicans in the late 1860s generated a massive backlash in the South in the 1870s as White people fought against what they considered “negro misrule.” Paramilitary terrorist cells emerged, committing countless atrocities in their effort to “redeem” the South from Black Republican rule. In many cases, these organizations operated as an extension of the Democratic Party. Scandals hobbled the Republican Party, as did a severe economic depression. By 1875, Reconstruction had largely come to an end. The contested presidential election the following year, which was decided in favor of the Republican candidate, and the removal of federal troops from the South only confirmed the obvious: Reconstruction had failed to achieve its primary objective of creating an interracial democracy that provided equal rights to all citizens.