Introduction to the Outbreak of the Civil War

What you’ll learn to do: describe the causes of Civil War 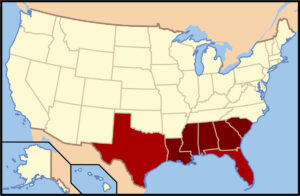 The election of Abraham Lincoln to the presidency in 1860 proved to be a watershed event. While it did not cause the Civil War, it was the culmination of increasing tensions between the proslavery South and the antislavery North. Before Lincoln had even taken office, seven Deep South states had seceded from the Union to form the Confederate States of America, dedicated to maintaining slavery as a way of life. Last-minute efforts to reach a compromise, such as the proposal by Senator Crittenden and the Corwin amendment, went nowhere. The time for compromise had come to an end. With the Confederate attack on Fort Sumter, the Civil War began.