As president, Buchanan confronted a difficult and volatile situation. The nation needed a strong personality to lead it, and Buchanan did not possess this trait. Called the “Old Public Functionary” even by friends, Buchanan held many offices in his career and distinguished himself in none of them, skating by on party loyalty. The violence in Kansas demonstrated that applying popular sovereignty—the democratic principle of majority rule—to the territory offered no solution to the national battle over slavery. A decision by the Supreme Court in 1857, which concerned the slave Dred Scott, only deepened the crisis by removing that element of majority rule and sanctioning slavery throughout the United States. 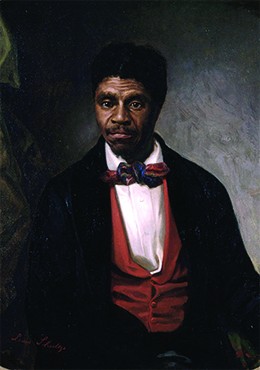 Figure 1. This 1888 portrait by Louis Schultze shows Dred Scott, who fought for his freedom through the American court system.

In 1857, just two days after President Buchanan took the oath of office, the Supreme Court ruled in Dred Scott v. Sandford. Dred Scott, born with slave status in Virginia in 1795, had been one of the thousands forced to relocate as a result of the massive internal slave trade and taken to Missouri, where slavery had been adopted as part of the Missouri Compromise. In 1820, Scott’s owner then took him first to Illinois and then to the Wisconsin territory. However, both of those regions were part of the Northwest Territory, where the 1787 Northwest Ordinance had prohibited slavery. When Scott returned to Missouri, he attempted to buy his freedom. After his owner refused, he sought relief in the state courts, arguing that by virtue of having lived in areas where slavery was banned, he should be free.

In a complicated set of legal decisions, a jury found that Scott, along with his wife and two children, were free. However, on appeal from Scott’s owner, the state Superior Court reversed the decision, and the Scotts remained enslaved. Scott then became the property of John Sanford (his name was misspelled as “Sandford” in later court documents), who lived in New York. He continued his legal battle, and because the issue involved Missouri and New York, the case fell under the jurisdiction of the federal court. In 1854, Scott lost in federal court and appealed to the United States Supreme Court.

In 1857, the Supreme Court—led by Chief Justice Roger Taney, a former enslaver who had freed his enslaved workers—handed down its decision. On the question of whether Scott was free, the Supreme Court decided he remained enslaved. The court then went beyond the specific issue of Scott’s freedom to make a sweeping and momentous judgment about the status of Blacks, both free and enslaved. Per the court, the protections of U.S. citizenship were never meant to extend to Black Americans. Further, the court ruled that Congress had no authority to stop or limit the spread of slavery into American territories. This proslavery ruling explicitly made the Missouri Compromise unconstitutional; implicitly, it also made Douglas’s popular sovereignty unconstitutional.

In 1857, the United States Supreme Court ended years of legal battles when it ruled that Dred Scott, an enslaved man who had resided in several free states, should remain enslaved. The decision, written by Chief Justice Roger Taney, also stated that Black people could not be citizens and that Congress had no power to limit the spread of slavery. The excerpt below is from Taney’s decision.

The Dred Scott decision infuriated Republicans by rendering their goal—to prevent slavery’s spread into the territories—unconstitutional. To Republicans, the decision offered further proof of the reach of the South’s Slave Power, which now apparently extended even to the Supreme Court. The decision also complicated the fortunes of northern Democrats, especially Stephen Douglas, who could no longer sell popular sovereignty as a symbolic concession to southerners from northern voters. Few northerners favored slavery’s expansion westward.

Watch this video for a summary of the Dred Scott decision.

You can view the transcript for “Dred Scott v. Sandford | Homework Help from the Bill of Rights Institute” here (opens in new window).

What are the main points of the Dred Scott decision?

Show Answer
The Supreme Court decided that Dred Scott had not earned freedom by virtue of having lived in a free state; thus, Scott and his family would remain enslaved. More broadly, the Court ruled that Blacks could never be citizens of the United States and that Congress had no authority to stop or limit the spread of slavery into American territories.

Dred Scott v. Sandford: an 1857 case in which the Supreme Court ruled that Black people could not be citizens and Congress had no jurisdiction to impede the expansion of slavery