The Election of 1864 and the Conclusion of the War

In 1864, despite the Union army’s successes the year prior, Lincoln’s status among many Northern voters plummeted. Citing the suspension of the writ of habeas corpus, many saw him as a dictator, bent on grabbing power while senselessly and uncaringly drafting more young men into combat. Arguably, his greatest liability, however, was the Emancipation Proclamation and the enlistment of African American soldiers. Many Whites in the North found this deeply offensive, since they still believed in racial inequality. The 1863 New York City Draft Riots illustrated the depth of White anger. 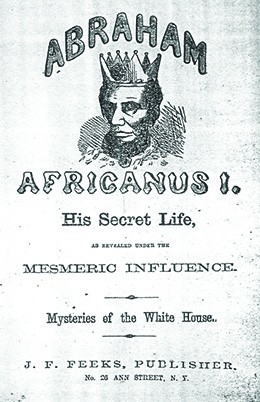 Figure 1. Anti-Lincoln sentiment in the North ran high in 1864, and many believed he would not be reelected president that year.

Northern Democrats railed against Lincoln and the war. Republicans labeled these vocal opponents of the President Copperheads, a term that many antiwar Democrats accepted. As the anti-Lincoln poster (Figure 1) illustrates, his enemies tried to paint him as an untrustworthy and suspect leader. It seemed to most in the North that the Democratic candidate, General George B. McClellan, who did not support abolition and was replaced with another commander by Lincoln, would win the election.

The Republican Party also split over the issue of reelecting Lincoln. Those who found him timid and indecisive, and favored extending full rights to African Americans, as well as completely refashioning the South after its defeat, earned the name Radicals. A moderate faction of Republicans opposed the Radicals. For his part, Lincoln did not align himself with either group.

The tide of the election campaign turned in favor of Lincoln, however, in the fall of 1864. Above all else, Union victories, including the fall of Atlanta in September and General Philip Sheridan’s successes in the Shenandoah Valley of Virginia, bolstered Lincoln’s popularity and his reelection bid. In November 1864, despite earlier forecasts to the contrary, Lincoln was reelected. Lincoln won 22 states and McClellan only carried three states—New Jersey and the border states of Delaware and Kentucky. To the chagrin of McClellan, even Union army troops voted overwhelmingly for the incumbent President.

In the wake of his reelection, Abraham Lincoln delivered his second inaugural address on March 4, 1865, in which he concluded:

With malice toward none; with charity for all; with firmness in the right, as God gives us to see the right, let us strive on to finish the work we are in; to bind up the nation’s wounds; to care for him who shall have borne the battle, and for his widow, and his orphan—to do all which may achieve and cherish a just, and a lasting peace, among ourselves, and with all nations.

What does the phrase “with malice toward none” mean? What does Lincoln suggest in these words about his vision for the United States post-war?

By the spring of 1865, it had become clear to both sides that the Confederacy could not last much longer. Most of its major cities, ports, and industrial centers—Atlanta, Savannah, Charleston, Columbia, Mobile, New Orleans, and Memphis—had been captured. In April 1865, Lee had abandoned both Petersburg and Richmond. His goal in doing so was to unite his depleted army with Confederate forces commanded by General Johnston. Grant, though, effectively cut him off. On April 9, 1865, Lee surrendered to Grant at Appomattox Court House in Virginia. By that time, he had fewer than 35,000 soldiers, while Grant had some 100,000. Meanwhile, Sherman’s army proceeded to North Carolina, where General Johnston surrendered on April 19, 1865. The Civil War had come to an end.

The war had cost the lives of more than 600,000 soldiers. Many more had been wounded. Thousands of women were left widowed. Children were left without fathers, and many parents were deprived of a source of support in their old age. In some areas, where local volunteer units had marched off to battle, never to return, an entire generation of young women was left without marriage partners. Millions of dollars’ worth of property had been destroyed, and towns and cities were laid to waste. With the conflict finally over, the very difficult work of reconciling North and South and reestablishing the United States lay ahead.

To ensure the permanent legal end of slavery, Republicans drafted the Thirteenth Amendment during the war. Yet the end of legal slavery did not mean the end of racial injustice. During the war, formerly enslaved people were often segregated into disease-ridden contraband camps. After the war, the Republican Reconstruction program of guaranteeing the rights of Black Americans succumbed to persistent racism and southern White violence. Long after 1865, most Black southerners continued to labor on plantations, albeit as nominally free tenants or sharecroppers, while facing public segregation and voting discrimination. The effects of slavery endured long after emancipation.

As battlefields fell silent in 1865, the question of secession had been answered, slavery had been eradicated, and America was once again territorially united. But in many ways, the conclusion of the Civil War created more questions than answers. How would the nation become one again? Who was responsible for rebuilding the South? What role would African Americans occupy in this society? Northern and southern soldiers returned home with broken bodies, broken spirits, and broken minds. Plantation owners had land but not labor. Recently freed African Americans had their labor but no land. Formerly enslaved people faced a world of possibilities—legal marriage, family reunions, employment, and fresh starts—but also a racist world of bitterness, violence, and limited opportunity. The war may have been over, but the battles for the peace were just beginning.

Copperheads: Democrats who opposed Lincoln in the 1864 election