The Enlightenment, or the Age of Reason, was an intellectual and cultural movement in the eighteenth century that emphasized reason over superstition and science over blind faith. Using the power of the press, Enlightenment thinkers like John Locke, Isaac Newton, and Voltaire questioned accepted knowledge and spread new ideas about openness, investigation, and religious tolerance throughout Europe and the Americas. Many consider the Enlightenment a major turning point in Western civilization, an age of light replacing an age of darkness.

This CrashCourse video explains the Enlightenment, particularly focusing on the historical context of the time period and why Englightenment ideals were so novel and different from previous ways of living and thinking. Increased wealth and health (connected to the Columbian exchange and trade among nations), an openness to different political systems, and progressivism eventually led to dramatic changes in governments and societies, particularly those in Europe and the Americas. 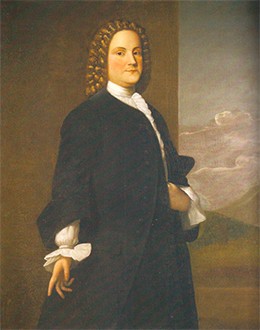 Figure 1. In this 1748 portrait by Robert Feke, a forty-year-old Franklin wears a stylish British wig, as befitted a proud and loyal member of the British Empire.

Several ideas dominated Enlightenment thought, including rationalism, empiricism, progressivism, and cosmopolitanism. Rationalism is the idea that humans are capable of using their faculty of reason to gain knowledge. This was a sharp turn away from the prevailing idea that people needed to rely on scripture or church authorities for knowledge. Empiricism promotes the idea that knowledge comes from experience and observation of the world. Progressivism is the belief that through their powers of reason and observation, humans could make unlimited, linear progress over time; this belief was especially important as a response to the carnage and upheaval of the English Civil Wars in the seventeenth century. Finally, cosmopolitanism reflected Enlightenment thinkers’ view of themselves as citizens of the world and actively engaged in it, as opposed to being provincial and close-minded. In all, Enlightenment thinkers endeavored to be ruled by reason, not prejudice or superstition.

The Freemasons were a fraternal society that advocated Enlightenment principles of inquiry and tolerance. Freemasonry originated in London coffeehouses in the early eighteenth century, and Masonic lodges (local units) soon spread throughout Europe and the British colonies. One prominent Freemason, Benjamin Franklin, stands as the embodiment of the Enlightenment in British America. Born in Boston in 1706 to a large Puritan family, Franklin loved to read, although he found little beyond religious publications in his father’s house. In 1718 he was apprenticed to his brother to work in a print shop, where he learned how to be a good writer by copying the style he found in the Spectator, which his brother printed. At the age of seventeen, the independent-minded Franklin ran away, eventually ending up in Quaker Philadelphia. There he began publishing the Pennsylvania Gazette in the late 1720s, and in 1732 he started his annual publication, Poor Richard: An Almanack, in which he gave readers practical advice, such as “Early to bed, early to rise, makes a man healthy, wealthy, and wise.”

Franklin subscribed to deism, an Enlightenment-era belief in a God who created, but had no continuing involvement in, the world and the events within it. Deists also advanced the belief that personal morality—an individual’s moral compass, leading to good works and actions—is more important than strict church doctrines. Franklin’s deism guided his many philanthropic projects. In 1731, he established a reading library that became the Library Company of Philadelphia. In 1743, he founded the American Philosophical Society to encourage the spirit of inquiry. In 1749, he provided the foundation for the University of Pennsylvania, and in 1751, he helped found Pennsylvania Hospital.

His career as a printer made Franklin wealthy and well-respected. When he retired in 1748, he devoted himself to politics and scientific experiments. His most famous work on electricity exemplified Enlightenment principles. Franklin observed that lightning strikes tended to hit metal objects and reasoned that he could therefore direct lightning through the placement of metal objects during an electrical storm. He used this knowledge to advocate the use of lightning rods: metal poles connected to wires directing lightning’s electrical charge into the ground and saving wooden homes in cities like Philadelphia from catastrophic fires. He published his findings in 1751, in Experiments and Observations on Electricity.

Franklin also wrote a “rags to riches” tale, his Memoir, in the 1770s and 1780s. This story laid the foundation for the American Dream of upward social mobility.

Visit the Worldly Ways section of PBS’s Benjamin Franklin site to see an interactive map showing Franklin’s overseas travels and his influence around the world. His diplomatic, political, scientific, and business achievements had great effects in many countries.

Who were the Freemasons, and why were they significant?

Show Answer
The Freemasons were a fraternal society that originated in London coffeehouses in the early eighteenth century. They advocated Enlightenment principles of inquiry and tolerance. Masonic lodges soon spread throughout Europe and the British colonies, creating a shared experience on both sides of the Atlantic and spreading Enlightenment intellectual currents throughout the British Empire. Benjamin Franklin was a prominent Freemason.

deism: an Enlightenment-era belief in the existence of a supreme being—specifically, a creator who does not intervene in the universe—representing a rejection of the belief in a supernatural deity who interacts with humankind

Enlightenment: an eighteenth-century intellectual and cultural movement that emphasized reason and science over superstition, religion, and tradition

Freemasons: a fraternal society founded in the early eighteenth century that advocated Enlightenment principles of inquiry and tolerance