The Fugitive Slave Act established a new group of federal commissioners who would decide the fate of freedom-seekers brought before them. In some instances, slave-catchers even brought in free northern Black people, prompting abolitionist societies to intensify their efforts to prevent kidnappings. The commissioners had a financial incentive to send recaptured enslaved and free Black people to the slaveholding South, since they received ten dollars for every African American sent to the South and only five if they decided the person who came before them was actually free. The commissioners used no juries, and the alleged runaways could not testify in their own defense.

The operation of the law further alarmed northerners and confirmed for many the existence of a “Slave Power”—that is, a minority of elite slaveholders who wielded a disproportionate amount of power over the federal government, shaping domestic and foreign policies to suit their interests. Despite southerners’ repeated insistence on states’ rights, the Fugitive Slave Act showed that slaveholders were willing to use the power of the federal government to bend people in other states to their will. While rejecting the use of federal power to restrict the expansion of slavery, proslavery southerners turned to the federal government to protect and promote the institution of slavery.

The actual number of freedom-seekers who were not captured within a year of escaping remained very low, perhaps no more than one thousand per year in the early 1850s. Most stayed in the South, hiding in plain sight among free Black people in urban areas. Nonetheless, southerners feared the influence of the vast Underground Railroad: the network of northern White and free Black people who sympathized with escapees and provided safe houses and safe passage from the South. Quakers, who had long been troubled by slavery, were especially active in this network. It is unclear how many enslaved people escaped through the Underground Railroad, but historians believe that between 50,000 and 100,000 used the network in their pursuit of freedom. Meanwhile, the 1850 Fugitive Slave Act greatly increased the perils of being captured. For many thousands of freedom-seekers, escaping the United States completely by going to southern Ontario, Canada, where slavery had been abolished, offered the best chance of a better life beyond the reach of slaveholders.

Harriet Tubman, one of the thousands of enslaved people who made their escape through the Underground Railroad, distinguished herself for her efforts in helping other enslaved men and women escape. Born a person with slave status in Maryland around 1822, Tubman, who suffered greatly under slavery but found solace in Christianity, made her escape in the late 1840s. She returned to the South more than a dozen times to lead other enslaved people, including her family and friends, along the Underground Railroad to freedom.

This video summarizes the restrictions mandated by the Fugitive Slave Act and some of the reactions to it.

You can view the transcript for “The Fugitive Slave Law” here (opens in new window). 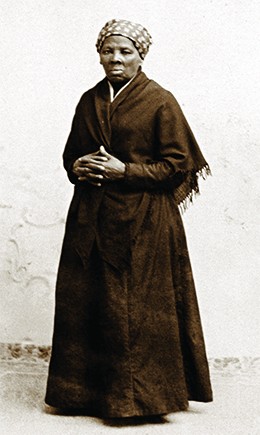 Figure 2. This full-length portrait of Harriet Tubman hangs in the National Portrait Gallery of the Smithsonian.

Harriet Tubman was a legendary figure in her own time and beyond. An escaped enslaved person herself, she returned to the South thirteen times to help over three hundred other freedom-seekers through the Underground Railroad to liberty in the North. In 1869, printer William J. Moses published Sarah H. Bradford’s Scenes in the Life of Harriet Tubman. Bradford was a writer and biographer who had known Tubman’s family for years. The excerpt below is from the beginning of her book, which she updated in 1886 under the title Harriet, the Moses of Her People.

It is proposed in this little book to give a plain and unvarnished account of some scenes and adventures in the life of a woman who, though one of earth’s lowly ones, and of dark-hued skin, has shown an amount of heroism in her character rarely possessed by those of any station in life. Her name (we say it advisedly and without exaggeration) deserves to be handed down to posterity side by side with the names of Joan of Arc, Grace Darling, and Florence Nightingale; for not one of these women has shown more courage and power of endurance in facing danger and death to relieve human suffering, than has this woman in her heroic and successful endeavors to reach and save all whom she might of her oppressed and suffering race, and to pilot them from the land of Bondage to the promised land of Liberty. Well has she been called “Moses,” for she has been a leader and deliverer unto hundreds of her people.

—Sarah H. Bradford, Scenes in the Life of Harriet Tubman

Watch this CrashCourse video to learn more about the Underground Railroad and its dangers and also consider the circumstances that prevented so many people from participating in the movement to free the enslaved.

You can view the transcript for “The Underground Railroad: Crash Course Black American History #15” here (opens in new window). 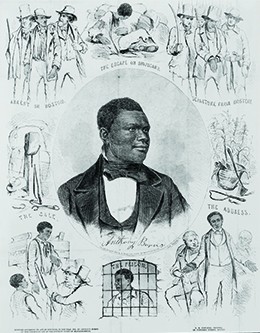 Figure 3. Anthony Burns, drawn ca. 1855 by an artist identified only as “Barry,” shows a portrait of the fugitive slave surrounded by scenes from his life, including his escape from Virginia, his arrest in Boston, and his address to the court.

The Fugitive Slave Act provoked widespread reactions in the North. Some abolitionists, such as Frederick Douglass, believed that standing up against the law necessitated active resistance. In Boston and elsewhere, abolitionists tried to protect fugitives from federal authorities. One case involved Anthony Burns, who had escaped slavery in Virginia in 1853 and made his way to Boston. When federal officials arrested Burns in 1854, abolitionists staged a series of mass demonstrations and a confrontation at the courthouse. Despite their best efforts, however, Burns was returned to Virginia when President Franklin Pierce enforced the Fugitive Slave Act with federal troops as a signal that the federal government took that law seriously. Boston abolitionists eventually bought Burns’s freedom. For many northerners, however, the Burns incident, combined with Pierce’s response, only amplified their sense of a conspiracy of southern power. 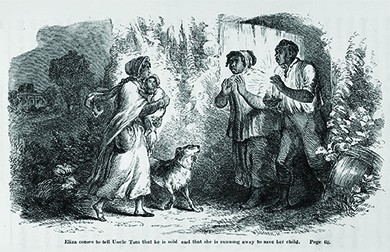 Figure 4. This drawing from Uncle Tom’s Cabin, captioned “Eliza comes to tell Uncle Tom that he is sold, and that she is running away to save her child,” illustrates the ways in which Harriet Beecher Stowe’s antislavery novel bolstered abolitionists’ arguments against slavery.

The most consequential reaction against the Fugitive Slave Act came in the form of a novel, Uncle Tom’s Cabin. In it, author Harriet Beecher Stowe, born in Connecticut, made use of enslaved people’s stories she had heard firsthand after marrying and moving to Cincinnati, Ohio just across the river from the slave state of Kentucky. Her novel first appeared as a series of stories in a Free-Soil newspaper, the National Era, in 1851 and was published as a book the following year. Stowe told the tale of enslaved people who were sold by their Kentucky enslaver. While Uncle Tom is indeed sold down the river, young Eliza escapes with her baby. The story highlighted the idea that slavery was a sin because it destroyed families, ripping children from their parents and husbands and wives from one another. Stowe also emphasized the ways in which slavery corrupted White citizens. The cruelty of some of the novel’s White slaveholders (who genuinely believe that enslaved people don’t feel things the way that White people do) and the brutality of the slave dealer Simon Legree, who beats enslaved people and sexually exploits an enslaved woman, demonstrate the dehumanizing effect of the institution even on those who profit from it. 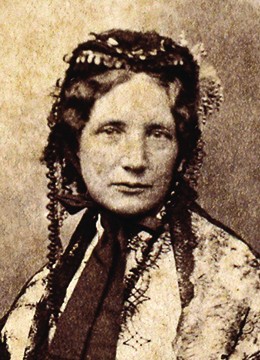 Figure 5. This photograph shows Harriet Beecher Stowe, the author of Uncle Tom’s Cabin, in 1852. When she met Abraham Lincoln a decade later during the Civil War, the president half-jokingly addressed her as “the little woman who wrote the book that started the war.”

Stowe’s novel proved a runaway bestseller and was the most-read novel of the nineteenth century, inspiring multiple theatrical productions and musical compositions. It was translated into sixty languages and remains in print to this day. Its dramatization of the evils of slavery helped convince many northerners of the righteousness of the cause of abolition. The novel also demonstrated the power of women to shape public opinion. Stowe and other American women believed they had a moral obligation to mold the conscience of the United States, even though they could not vote.

Visit the Documenting the American South collection on the University of North Carolina at Chapel Hill website to read the memoirs of Levi Coffin, a prominent Quaker abolitionist who was known as the “president” of the Underground Railroad for his active role in helping enslaved persons to freedom. The memoirs include the story of Eliza Harris, which inspired Harriet Beecher Stowe’s famous character.

The backlash against the Fugitive Slave Act, fueled by Uncle Tom’s Cabin and well-publicized cases like that of Anthony Burns, also found expression in personal liberty laws passed by eight northern state legislatures. These laws emphasized that the state would provide legal protection to anyone arrested as an escaped slave, including the right to trial by jury.  Southern slaveholders argued that these actions infringed on their right to their human property, while Northern abolitionists countered that “states’ rights” had traditionally been the South’s chief argument for protecting slavery.

Why did many in the North resist the Fugitive Slave Act?

Show Answer
This federal law appeared to northerners to be further proof of a “Slave Power” conspiracy and elite slaveholders’ disproportionate influence over U.S. domestic policy. Northerners also resented being compelled to serve as de facto slave-catchers, as the law punished people not only for helping fugitive slaves, but also for failing to aid in efforts to return them. Finally, the law rankled many northerners for the hypocrisy that it exposed, given southerners’ arguments in favor of states’ rights and against the federal government’s meddling in their affairs.

Underground Railroad: a network of free Black people and northern Whites who helped enslaved persons escape bondage through a series of designated routes and safe houses