Introduction to the Kansas-Nebraska Act and the Republican Party

What you’ll learn to do: explain the political ramifications of the Kansas-Nebraska Act, and describe the founding of the Republican Party 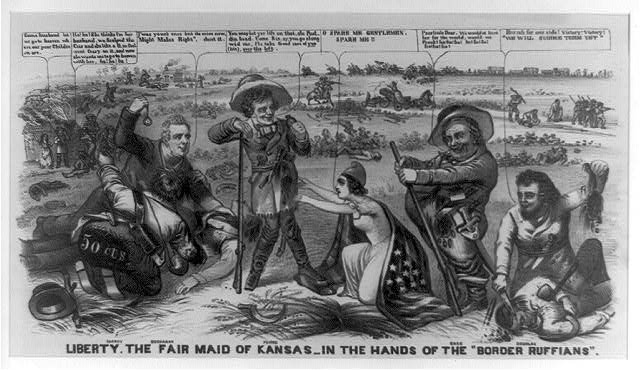 The application of popular sovereignty to the organization of the Kansas and Nebraska territories ended the fragile truce between slave and free states that had prevailed since the Compromise of 1850. Senator Douglas’s Kansas-Nebraska Act opened the door to chaos in Kansas as proslavery and Free-Soil forces waged war against each other, and radical abolitionists, notably John Brown, committed themselves to violence to end slavery. The act also upended the second party system of Whigs and Democrats by inspiring the formation of the new Republican Party, committed to stymieing the further spread of slavery. Many voters approved its platform in the 1856 presidential election, though the Democrats won the race because they remained a national, rather than a sectional, political force.