Nearly every American had an opinion about President Jackson. To some, he epitomized democratic government and popular rule. To others, he represented the worst in a powerful and unaccountable executive, acting as president with the same arrogance he had shown as a general in Florida. One of the key issues dividing Americans during his presidency was a sectional dispute over national tax policy that would come to define Jackson’s no-holds-barred approach to government.

Once Andrew Jackson moved into the White House, most southerners expected him to do away with the hated Tariff of 1828, the so-called Tariff of Abominations. This import tax provided protection for northern manufacturing interests by raising the prices of European products in America. Southerners, however, blamed the tariff for a massive transfer of wealth. It forced them to purchase goods from the North’s manufacturers at higher prices, and it provoked European countries to retaliate with high tariffs of their own, reducing foreign purchases of the South’s raw materials.

By the early 1830s, the battle over the tariff took on new urgency as the price of cotton continued to fall. In 1818, cotton had been thirty-one cents per pound. By 1831, it had sunk to eight cents per pound. While production of cotton had soared during this time and this increase contributed to the decline in prices, many southerners blamed their economic problems squarely on the tariff for raising the prices they had to pay for imported goods while their own income shrank.

Resentment of the tariff was linked directly to the issue of slavery, because the tariff demonstrated the use of federal power. Some southerners feared the federal government would next take additional action against the South, including the abolition of slavery. The theory of nullification, or the state-level voiding of unwelcome federal laws, provided wealthy enslavers, who were a minority in the United States, with an argument for resisting the national government if it acted contrary to their interests. James Hamilton, who served as governor of South Carolina in the early 1830s, denounced the “despotic majority that oppresses us.” Nullification also raised the specter of secession; aggrieved states at the mercy of an aggressive majority might choose to leave the Union.

The crisis over the Tariff of 1828 continued into the 1830s and highlighted one of the currents of democracy in the Age of Jackson: namely, that many southerners believed a northern democratic majority could be harmful to their interests. These southerners saw themselves as an embattled minority and claimed the right of states to nullify federal laws that appeared to threaten state sovereignty. Another undercurrent was resentment and anger toward symbols of elite privilege, especially powerful financial institutions like the Second Bank of the United States.

Only in South Carolina, though, did the discomfort turn into organized action. The state was still trying to shrug off the economic problems of the Panic of 1819, a national collapse of speculative finance that produced widespread unemployment and bankruptcies, leading to a new wariness toward the banking centers of the North. Furthermore, South Carolina had recently endured the Denmark Vesey slave conspiracy, an alleged 1822 plot among Charlestown slaves to rise up, free each other, and slay their masters. Before the plot could unfold, its leader, a free former slave named Denmark Vesey, and thirty-four other slaves and free men were detained, hastily tried by a secret court, and executed. This dark turn of events convinced White South Carolinians that antislavery ideas put them in imminent danger of violence in addition to the more abstract danger of regional economic precarity.[1]

Elite South Carolinians were especially worried that the tariff was a potential point of entry for federal legislation that would limit slavery. Andrew Jackson’s own vice president, John C. Calhoun, who was from South Carolina, asserted that the tariff was “the occasion, rather than the real cause of the present unhappy state of things.” The real fear was that the federal government might attack “the peculiar domestick institution of the Southern States”—meaning slavery.[2] When Jackson failed to act against the tariff, Vice President Calhoun was caught in a tight position.

In 1828, Calhoun secretly drafted the “South Carolina Exposition and Protest,” an essay and set of resolutions that laid out the doctrine of nullification.”[3] Drawing from the Virginia and Kentucky Resolutions of 1798 and 1799, Calhoun argued that the United States was a compact among the states rather than among the whole American people. Since the states had created the Union, he reasoned, they were still sovereign, so a state could nullify a federal statute it considered unconstitutional. Other states would then have to concede the right of nullification or agree to amend the Constitution. If necessary, a nullifying state could leave the Union.

When Calhoun’s authorship of the essay became public, Jackson was furious, interpreting it both as a personal betrayal and as a challenge to his authority as president. His most dramatic confrontation with Calhoun came in 1832 during a commemoration for Thomas Jefferson. At dinner, the president rose and toasted, “Our Federal Union: it must be preserved.” Calhoun responded with a toast of his own: “The Union: next to our Liberty the most dear.”[4] Calhoun’s eventual departure from the party ticket was acrimonious. Martin Van Buren, a New York political leader whose skill in making deals had earned him the nickname “the Little Magician,” replaced Calhoun as the vice presidential candidate when Jackson ran for reelection in 1832. 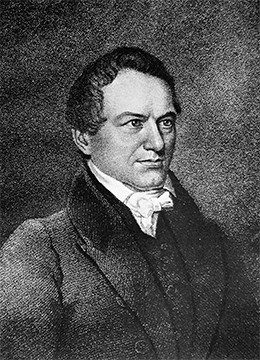 Figure 1. The governor of South Carolina, Robert Hayne, elected in 1832, was a strong proponent of states’ rights and the theory of nullification.

To deal with the crisis, Jackson advocated a reduction in tariff rates. The Tariff of 1832, passed in the summer, lowered the rates on imported goods, a move designed to calm southerners. It did not have the desired effect, however, and Calhoun’s nullifiers still claimed their right to invalidate federal law. In November, South Carolina passed the Ordinance of Nullification, declaring the 1828 and 1832 tariffs null and void in the Palmetto State. Jackson responded, however, by declaring in the December 1832 Nullification Proclamation that a state did not have the power to void a federal law.

With the states and the federal government at an impasse, civil war seemed a real possibility. The next governor of South Carolina, Robert Hayne, called for a force of ten thousand volunteers to defend the state against any federal action. At the same time, South Carolinians who opposed the nullifiers told Jackson that eight thousand men stood ready to defend the Union.

President Jackson responded dramatically and publically denounced the ordinance of nullification and declared that “disunion, by armed force, is TREASON.”[5] Vowing to hang Calhoun and any other nullifier who defied federal power, he persuaded Congress to pass a Force Bill that authorized him to send the military to enforce the tariffs. Privately, however, Jackson supported the idea of compromise and allowed his political enemy Henry Clay to broker a solution with Calhoun. Congress passed a compromise bill that slowly lowered federal tariff rates.

The crisis—or at least the prospect of armed conflict in South Carolina—was defused by the Compromise Tariff of 1833, which reduced tariff rates considerably. Nullifiers in South Carolina accepted it, but in a move that demonstrated their inflexibility, they nullified the Force Bill.

This video summarizes how the tariffs and diverging opinions led to the nullification crisis.

You can view the transcript for “The Nullification Crisis” here (opens in new window).

The Legacy of the Nullification Crisis

The Nullification Crisis illustrated the growing tensions in American democracy: an aggrieved minority of elite, wealthy enslavers taking a stand against the will of a democratic majority; an emerging sectional divide between South and North over slavery; and a clash between those who believed in free trade and those who believed in protective tariffs to encourage the nation’s economic growth. These tensions would color the next three decades of politics in the United States.

The legacy of the Nullification Crisis is difficult to sort out. Jackson’s decisive action seemed to have forced South Carolina to back down. But the crisis also united the ideas of secession and states’ rights, two concepts that had not necessarily been linked before. Perhaps most clearly, nullification showed that the immense political power of enslavers was matched only by their immense anxiety about the future of slavery. During later debates in the 1840s and 1850s, they would raise the ideas of the Nullification Crisis again.

nullification: the theory, advocated in response to the Tariff of 1828, that states could void federal law at their discretion