Why It Matters: Colliding Cultures

Why learn about the colliding cultures during the age of exploration? 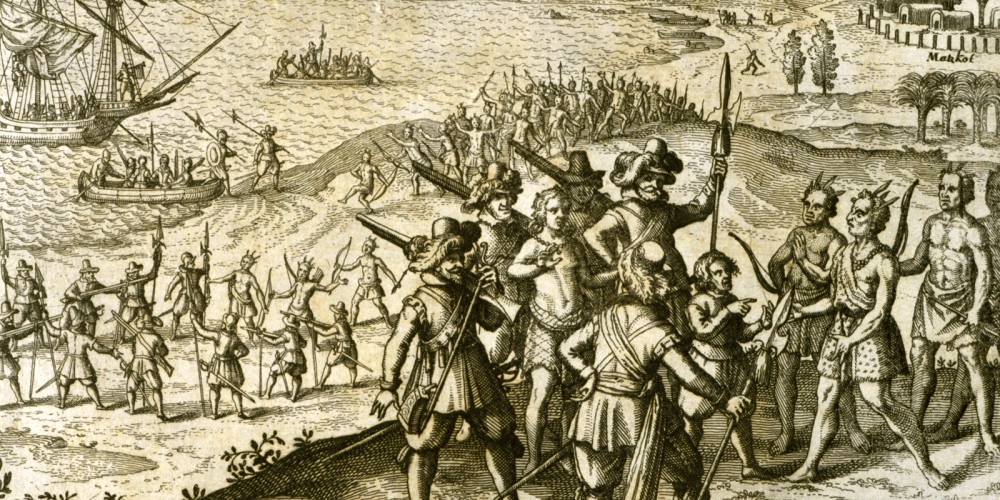 Figure 1. A depiction of the Powhatanan negotiating with the settlers at Jamestown by European artist Theodor de Bry, who created his images based on accounts from the explorers. Pocahontas, the daughter of the chief, is shown in the center.

The Columbian Exchange (trade between Europe, West Africa, and the Americas) transformed both sides of the Atlantic, but with dramatically disparate outcomes. New diseases wiped out entire civilizations in the Americas, while newly imported nutrient-rich foodstuffs enabled a European population boom. Spain benefited most immediately as the wealth of the Aztec and Incan Empires strengthened the Spanish monarchy, and used its newfound riches to gain an advantage over other European nations, but this advantage was soon contested.

Portugal, France, the Netherlands, and England all raced to the New World, eager to match the gains of the Spanish. Native peoples greeted the new visitors with responses ranging from welcome cooperation to aggressive violence, but the ravages of disease and the possibility of new trading relationships enabled Europeans to create settlements all along the western rim of the Atlantic world. New empires would emerge from these tenuous beginnings, and by the end of the seventeenth century, Spain would lose its privileged position to its rivals. An age of colonization had begun and, with it, a great collision of cultures commenced.

The new arrivals and new empires would leave their own distinct stamps upon the land. New economies and new crops would require the emergence of new labor systems. The colonists would first rely upon the labor of Native Americans, but the diseases inherent in the Columbian Exchange would soon have the colonists looking for new laborers. The result would be the transatlantic slave trade and the transformation of colonial societies. The arrival of millions of enslaved Africans in the New World led to new cultural norms and new ideas about blackness, the legacy of which remains with us today.