Introduction to European Exploration and Colonization

What you’ll learn to do: differentiate between European attempts and approaches to colonization in the Americas 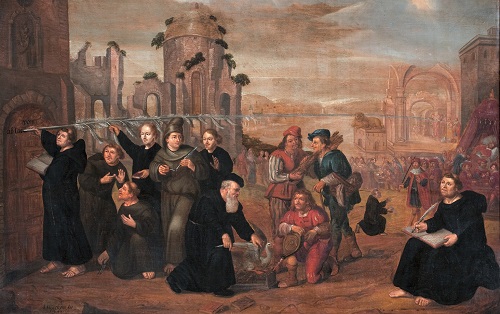 For Europeans, the discovery of an Atlantic World meant newfound wealth in the form of gold and silver as well as valuable furs. The Americas also provided a new arena for intense imperial rivalry as different European nations jockeyed for preeminence in the New World. The religious motives for colonization spurred European expansion as well, and as the Protestant Reformation gained ground beginning in the 1520s, rivalries between Catholic and Protestant Christians spilled over into the Americas.

Seventeenth-century French and Dutch colonies in North America were modest in comparison to Spain’s colossal global empire. New France and New Netherland, far removed from Spain’s colonies to the south, remained small commercial operations focused on the fur trade and did not attract an influx of migrants. The Dutch in New Netherland confined their operations to Manhattan Island, Long Island, the Hudson River Valley, and what later became New Jersey. Dutch trade goods circulated widely among the native peoples in these areas and also traveled well into the interior of the continent along preexisting native trade routes. French habitants, or farmer-settlers, eked out an existence along the St. Lawrence River. French fur traders and missionaries, however, ranged far into the interior of North America, exploring the Great Lakes region and the Mississippi River. These pioneers gave France somewhat inflated imperial claims to lands that nonetheless remained firmly under the dominion of native peoples.

Despite the arrival of these new Europeans, Spain continued to dominate the New World. The wealth flowing from the exploitation of the Aztec and Incan Empires greatly eclipsed the profits of other European nations. But this dominance would not last long. By the end of the sixteenth century, the powerful Spanish Armada would be destroyed, and the English would begin to rule the waves.