What you’ll learn to do: describe common group behaviors that can help or hurt organization goals

People are social animals and function best when they work with others in groups or teams. Some human behaviors show up repeatedly among groups. In the workplace, it is important to understand how these behaviors affect performance. Social cohesion and collective efficacy benefit team functions, whereas social loafing reduces team effectiveness. This section will examine these common behaviors.

Moneyball is a popular movie about the Oakland Athletics baseball team during the 2002 season. The film shows how the team’s general manager, Billy Beane (played by Brad Pitt), and the assistant general manager, Peter Brand (Jonah Hill), defy conventional wisdom that says they should look for standout stars for the team. Instead, they use statistics to select players based on their overall performance and how well their skills will fit into the team. They bet that a well-functioning team could be better than the sum of its parts. The Oakland A’s did not win the pennant in 2002, but they did win a record twenty straight games.

The movie is really more about the A’s management team than it is the players. It shows how Beane puts his trust in Brand to choose players for the team, and how they overcome resistance to their ideas and methods from scouts, the manager, and the owner. They eventually are able to put together a high-performing team of managers and players. It is an excellent portrayal of how teams go from initial formation, through resistance and conflict, into high performance. They did not achieve the ultimate goal of winning a World Series pennant, but they did change the way teams evaluate baseball players throughout professional. As you study how teams work in this module, keep this example in mind and consider what it reveals about the team formation process.

What Is a Team?

A team is a unit of two or more people who regularly interact to accomplish common goals and who hold themselves mutually accountable for meeting performance results. There are several important elements to this definition. 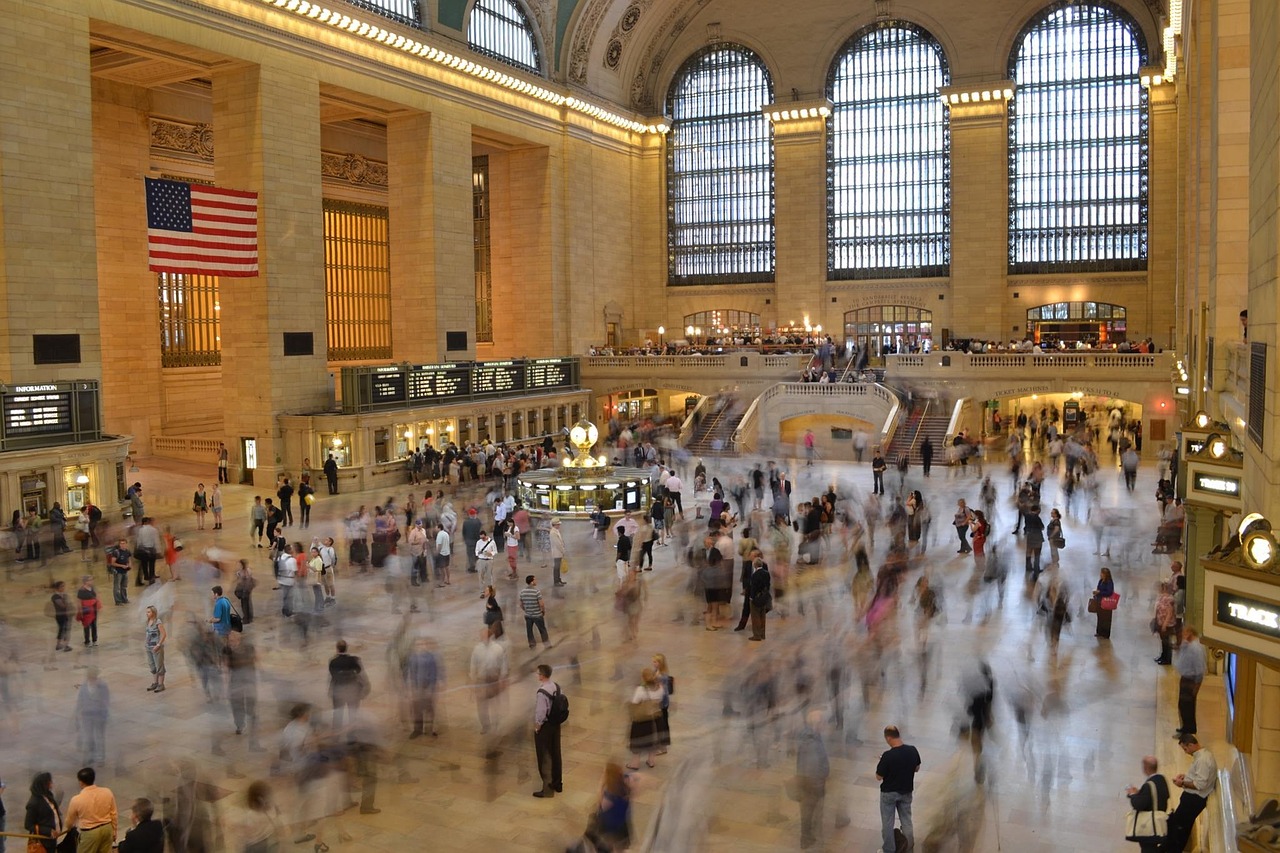 All of these people inside the train station are part of a group, but they are not part of a team.

Note that a group of people, such as people waiting for a train, is not a team. Even though they might have a common goal—to get on the train—they do not interact regularly, and they are not accountable to each other for reaching the goal. A team implies a commitment to a shared objective and collective responsibility for achieving it.

Teams are very common in larger organizations, and they benefit both the company and the employees. People who feel they are part of a team are often mutually supportive and report greater job satisfaction. However, not all teams are successful. In one survey, only 14 percent of the companies rated their teams as highly effective[1], around 50 percent rated them as somewhat effective, and 15 percent rated them not effective at all. In this module, we look at teams and how effective teams are developed. We start by looking at common behaviors that can help or hurt efforts to meet organizational goals.

There is a fundamental dilemma in working in teams: each individual contributes, but the result is attributed to the team. If the team is successful, individual contributions may not be recognized, regardless of how hard the individual worked. On the other hand, if the team fails, it is likely that the leader or other important members of the team will receive the blame. This leads to some behaviors that can either help or hurt a team effort. Although some of these behaviors are characteristic of groups in general, they all apply to teams in the business environment.

Social cohesion is defined as the willingness of members of a society to cooperate with each other to survive and prosper. In work teams, social cohesiveness means the members want to be part of the team and want to contribute to its success. Members of cohesive teams have social and emotional bonds to each other and to the overall team, which motivates higher commitment and performance. Southwest Airlines, for instance, works hard to develop cohesiveness in its organization. As a result, everyone is willing to work toward the success of the organization. That is why it is not unusual to see people pitch in, even when it is not part of their job. For example, pilots may help to load luggage if it helps maintain on-time performance.

The main influential factors of cohesion are size of the group, similarities among its members, and team success. Small groups tend to be more cohesive than larger ones because people can interact with each other more. Similarity among group members contributes to team cohesiveness because people with similar backgrounds are more likely to have fewer communication barriers and share views on what constitutes appropriate behaviors. People are generally more trusting of others when they share some important background experiences. In substance abuse recovery groups, for example, members know that everyone has had the same ailment and is dealing with similar experiences. When a team experiences success early in its development, members get reinforcement that their efforts can produce results. They are more likely to be motivated to continue to contribute. Success also creates a sense of pride that fosters feelings of belonging and mutual attraction in the team.

Social loafing is when one or more group members fail to do their fair share of work within the group. You may have witnessed this behavior firsthand on a team or school project. One group member finds an excuse for not doing his or her job. There are two main consequences of social loafing. The free-rider effect is when one or more team members do not put in their share of the work, assuming others will cover their shortfall. The other is the sucker effect, where other team members reduce their effort in response to the free rider’s behavior.

Several causes exist for social loafing. A member may not be motivated by a goal and may not want to work to achieve it. Or a member may feel that his or her contribution to the team will not be recognized, so the member is not motivated to contribute. Both of these causes are more pronounced in large teams. Social loafing is also more likely when there isn’t an individual evaluations system where the performance and contributions of members are regularly reviewed. Finally, if there is unequal compensation and the members of the team feel the compensation is unfair, they will be more likely to lessen their effort.

A good manager should monitor employees to watch out for these social loafers or “slackers.” The manager is responsible for making sure all team members are carrying their fair share of the work they have been assigned. If the manager doesn’t deal with social loafing, it can create a stressful work environment that may turn into conflicts among coworkers.

Collective efficacy is the team’s belief that it is capable of organizing and working together to reach its goals. Creating collective efficacy is a bit of a balancing act. If goals are perceived as being too easy to reach, members may not feel they have to put in their full effort. On the other hand, if goals are perceived to be too difficult, members may feel their effort doesn’t matter because the goal cannot be reached regardless of how hard they work. In either case, social loafing may result. But when the goal is “just right,” difficult but not impossible, the team will believe it can reach it only if it works hard together. 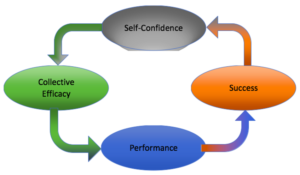 The relationship between success and collective efficacy is affected by self-confidence and performance.

Good planning and good leadership can both improve collective efficacy. When the tasks needed to reach the team’s goals are being planned, initial activities should lead to demonstrable team achievements. When teams experience successes early in their development, they are more likely to build collective efficacy. Good leadership provides a clear vision for the team and articulates why the goals are important. The leader provides guidance, feedback, and encouragement. When timely feedback is given to teams, they are more likely to understand the relationship between their effort and their performance.