What you’ll learn to do: explain process-based theories of motivation

In general, process-based theories take the mental processes of employees into account as a way to understand their motivation.

Equity theory is about perceived fairness. The theory says motivation depends on a comparison to others, called a referent. The employee compares his input and output to colleagues, someone at another firm, or a cousin in another state. If an employee feels he is putting more into a job than what he gets out of the job, relative to the referent, he will become demotivated, disgruntled, and even disruptive.

Here’s an example of the role equity plays in motivation:

A friend graduated from your current college last year with a degree in accounting. After several interviews, she accepted a position with a top accounting firm. She was pleased with the offer: challenging work and an opportunity to gain valuable experience, and the highest salary of any accounting major from your school that was offered last year—$6,500 a month.

Twelve months have passed. You graduated with an accounting degree as well, and got hired by the same firm as your friend. Your friend has enjoyed the challenges, worked hard and performed very well, and even received a $200-a-month raise. However, when she found out you received $7,000 a month, she won’t talk to you, and you found out she was actively looking for another job.

In this example, the relevant inputs would be the hard work your friend was providing, the number of months she has worked there, and her loyalty to the organization. The outputs are the rewards your friend receives from the situation. The $6,700 a month your friend is receiving is a salient output. Other outputs could include benefits or the positive working relationship she has with her supervisor. In fact, your friend may reason as follows: “I have been working here for an entire year. I am loyal and I work hard (inputs). I am paid $6,700 a month for this (outputs). You do not have any experience here (referent’s inputs) but will be paid $300 a month more (referent’s outcomes). This situation is unfair.” 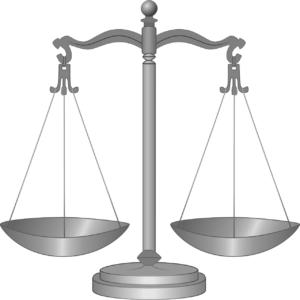 Your friend’s referent is you. In other instances, the referent may be a specific person or an entire category of people. In order for the comparison to be meaningful, referents must be comparable to us. For instance, it wouldn’t be meaningful for your friend to compare herself to the CEO of the company; the nature of inputs and outputs between these two people is too disparate. Instead, she could make a more meaningful comparison by looking at coworkers who perform similar tasks within the same firm.

According to equity theory, perceived unfairness can cause distress for both the person who feels slighted and the person who gets more than she deserves. In the above example, you might feel guilty when you find out you’re making more money than your friend despite just starting with the firm. Equity theory asserts that people will try to restore equity no matter which side they’re on to eliminate the negative emotions they’re feeling. Research, however, has shown that when people are overcompensated for their efforts, they tend to overestimate the value of their inputs to justify the overcompensation in their minds. So while you may feel a pang of guilt about being paid more than your friend, you would likely rationalize your higher salary by telling yourself that you received better grades than she did and were more qualified than her.

Fairness means different things at different times and to different people. Companies generally strive for procedural justice and interactional justice. A third type, distributive justice, will be discussed in Module 13.

Procedural justice refers to the degree to which fair decision-making procedures are used. Let’s assume that your friend asked for a promotion and presented all her accomplishments and addressed how she would handle the increased responsibilities. For example, if she received a promotion and believed it was a result of being recognized for her hard work, she would have a positive sense of procedural justice.

Interactional justice focuses on employees’ perceptions of the quality of the interpersonal treatment received during the enactment of organizational procedures.[1] A manager’s display of social sensitivity, such as the level of respect and dignity shown to employees, will have a positive effect on employees’ level of engagement. A rude manager will have a negative effect. The higher the level of interactional injustice employees feel, the more likely they are to display resentment and engage in counterproductive work behavior.[2]

In 2017, James Damore wrote an open letter to Google employees, titled “Google’s Ideological Echo Chamber.”  Damore argued that basic biological and psychological differences between men and women explain why women are underrepresented in tech, discounting any bias or discrimination that women might face in the workplace. This caused an uproar, and Damore was fired for creating a hostile work environment for women.  Both sides claim interactional injustice.

Damore asserted that Google management shames employees into silence. “This silencing has created an ideological echo chamber where some ideas are too sacred to be honestly discussed,” he wrote. “The lack of discussion fosters the most extreme and authoritarian elements of this ideology.”[3] One rebuttal says, “The problem here is that this was disrespectful disagreement—and there really is no respectful way to say ‘I think you and people like you aren’t as qualified to do your job as people like me.’”[4]

Expectancy theory focuses on the cognitive process. It argues that motivation depends on the strength of the expectation that the activity will result in a consistent and favorable outcome for an individual. Expectancy theory is comprised of three components: expectancy, instrumentality, and valence. Expectancy is the belief or expectation that the employee can accomplish the goal. Instrumentality asks if management will honor the bargain. Instrumentality is high if the employee believes success will be rewarded. Valence is the degree to which an employee values the rewards, such as a promotion or pay raise. Let’s take a look at some examples.

Joel signed up for a required business statistics class. In the early weeks, he is diligent but sees that he is already struggling. Because he is working full time and cannot put more time into it, he decides to drop the class. He did not expect to pass, so his expectancy was low. Mirabel is also struggling and asks a lot of questions. She is taking fifteen to thirty minutes out of each class to get answers to her questions. She is afraid the professor is mad at her. After she does poorly on the midterm, she decides to drop the class because the professor won’t give her a fair break. Her instrumentality is low. Peter is doing poorly as well but he already has a good job. He decides he doesn’t need the class or the degree and drops out. His valence is low.

Expectancy theory can explain why workers may be motivated to work hard in their job or provide the minimal effort to simply get by. Employees will want to know if the performance appraisal will reflect any extra effort to perform a job, whether strong performance appraisals will lead to rewards, and whether the rewards are attractive. You can see how potentially motivating a large bonus would be, as well as how demotivating only receiving the “employee of the month” plaque can be.