Many systems exhibit exponential growth. These systems follow a model of the form [latex]y={y}_{0}{e}^{kt},[/latex] where [latex]{y}_{0}[/latex] represents the initial state of the system and [latex]k[/latex] is a positive constant, called the growth constant. Notice that in an exponential growth model, we have

Systems that exhibit exponential growth increase according to the mathematical model

where [latex]{y}_{0}[/latex] represents the initial state of the system and [latex]k>0[/latex] is a constant, called the growth constant. 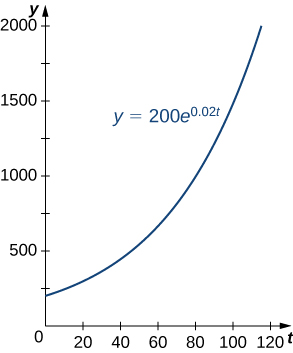 Figure 1. An example of exponential growth for bacteria.

Note that we are using a continuous function to model what is inherently discrete behavior. At any given time, the real-world population contains a whole number of bacteria, although the model takes on noninteger values. When using exponential growth models, we must always be careful to interpret the function values in the context of the phenomenon we are modeling.

Consider the population of bacteria described earlier. This population grows according to the function [latex]f(t)=200{e}^{0.02t},[/latex] where [latex]t[/latex] is measured in minutes. How many bacteria are present in the population after 5 hours [latex](300[/latex] minutes)? When does the population reach 100,000 bacteria?

There are 80,686 bacteria in the population after 5 hours.

To find when the population reaches 100,000 bacteria, we solve the equation

Consider a population of bacteria that grows according to the function [latex]f(t)=500{e}^{0.05t},[/latex] where [latex]t[/latex] is measured in minutes. How many bacteria are present in the population after 4 hours? When does the population reach 100 million bacteria?

Similarly, if the interest is compounded every 4 months, we have

Now let’s manipulate this expression so that we have an exponential growth function. Recall that the number [latex]e[/latex] can be expressed as a limit:

We recognize the limit inside the brackets as the number [latex]e.[/latex] So, the balance in our bank account after [latex]t[/latex] years is given by [latex]1000{e}^{0.02t}.[/latex] Generalizing this concept, we see that if a bank account with an initial balance of [latex]$P[/latex] earns interest at a rate of [latex]r\text{%},[/latex] compounded continuously, then the balance of the account after [latex]t[/latex] years is

If, instead, she is able to earn [latex]6\text{%},[/latex] then the equation becomes

If a quantity grows exponentially, the time it takes for the quantity to double remains constant. In other words, it takes the same amount of time for a population of bacteria to grow from 100 to 200 bacteria as it does to grow from 10,000 to 20,000 bacteria. This time is called the doubling time. To calculate the doubling time, we want to know when the quantity reaches twice its original size. So we have

If a quantity grows exponentially, the doubling time is the amount of time it takes the quantity to double. It is given by

Assume a population of fish grows exponentially. A pond is stocked initially with 500 fish. After 6 months, there are 1000 fish in the pond. The owner will allow his friends and neighbors to fish on his pond after the fish population reaches 10,000. When will the owner’s friends be allowed to fish?

The owner’s friends have to wait 25.93 months (a little more than 2 years) to fish in the pond.

Suppose it takes 9 months for the fish population in the last example to reach 1000 fish. Under these circumstances, how long do the owner’s friends have to wait?

Watch the following video to see the worked solution to the above Try It.

For closed captioning, open the video on its original page by clicking the Youtube logo in the lower right-hand corner of the video display. In YouTube, the video will begin at the same starting point as this clip, but will continue playing until the very end.

You can view the transcript for this segmented clip of “6.8 Try It Problems” here (opens in new window).