Reading: Characteristics of the Mantle

What is a diamond delivery system? 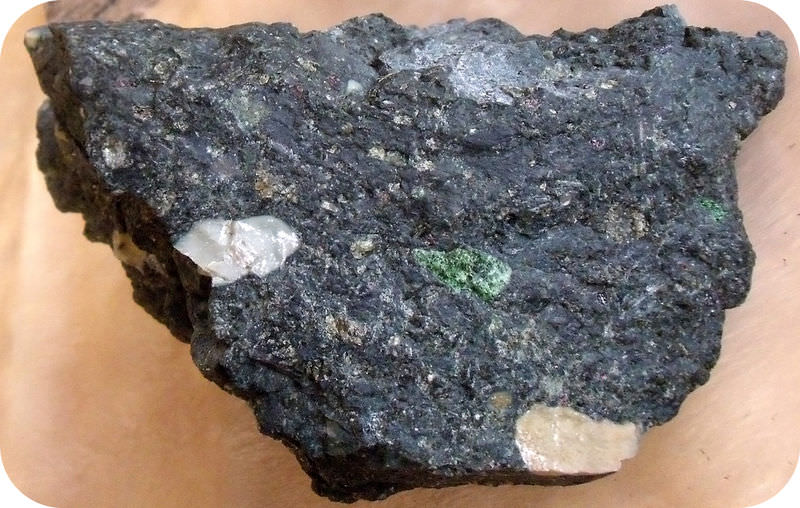 Some events happened when Earth was younger and hotter that do not happen any more. Kimberlite pipes shot up from deep in the mantle. These pipes are the most important source of diamonds, which form at very high pressure. Most kimberlites surfaced long ago.

The two most important things about the mantle are as follows: 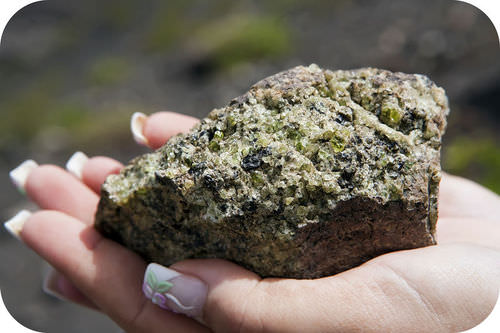 Figure 1. Peridotite is formed of crystals of olivine (green) and pyroxene (black).

Scientists know that the mantle is made of rock based on evidence from seismic waves, heat flow, and meteorites. The properties fit the ultramafic rock peridotite, which is made of the iron- and magnesium-rich silicate minerals (Figure 1). Peridotite is rarely found at Earth’s surface.

Scientists know that the mantle is extremely hot because of the heat flowing outward from it and because of its physical properties.

Heat flows in two different ways within the Earth:

Convection in the mantle is the same as convection in a pot of water on a stove. Convection currents within Earth’s mantle form as material near the core heats up. As the core heats the bottom layer of mantle material, particles move more rapidly, decreasing its density and causing it to rise. The rising material begins the convection current. When the warm material reaches the surface, it spreads horizontally. The material cools because it is no longer near the core. It eventually becomes cool and dense enough to sink back down into the mantle. At the bottom of the mantle, the material travels horizontally and is heated by the core. It reaches the location where warm mantle material rises, and the mantle convection cell is complete (Figure 2).