When most people think of volcanoes, they think of a tall mountain with a crater on the top, maybe a little snow at the summit and some trees scattered around the base. There are many volcanoes like this, but volcanoes exist in many other forms as well. Each type of volcano has characteristic features that distinguish it from other types. Volcanoes differ in appearance because of the composition of their magma and the processes that originally created them.

The tall cone shape you usually think of when you think of a volcano describes a composite volcano, one common form of volcanoes. Other types of volcanoes include the shield volcano, the cinder cone, and the supervolcano.

The picture below shows Mt. Fuji, a classic example of the strato-volcano also known as a composite volcano (Figure 8.21). This is the type of volcano many people think of when they imagine volcanoes. These volcanoes have broad bases and sides that get steeper and steeper as you get closer to the top. They frequently have a large crater at the top created during its last eruption. 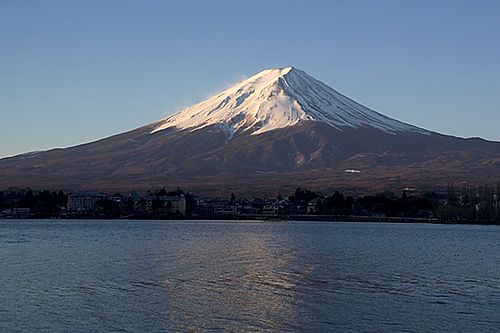 Figure 8.21: Mt. Fuji is a dormant composite volcano that is the highest mountain in Japan. 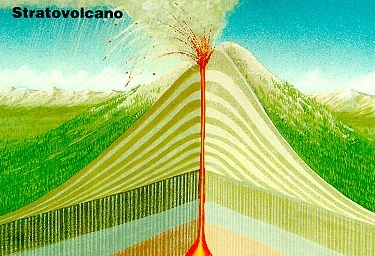 Figure 8.22: A composite or stratovolcano is created by many levels of alternating materials.

Composite volcanoes are also called stratovolcanoes because of the alternating layers, or strata, of which they are made (Figure 8.22). The magma that creates stratovolcanoes tends to be more viscous, or thick. Viscous lava creates greater pressure which, in turn, tends to create explosive eruptions. In addition, the viscous lava cannot travel far down the sides of the volcano before it solidifies. This viscous lava thus creates steep sides on stratovolcanoes.

When a stratovolcano erupts, it ejects a great deal of pyroclastic material into the air, which then settles back down on the Earth. After an initial explosion, lava then flows from the volcano creating a second layer of material. As these layers solidify, they create alternating levels, or strata, of material. Ash from the volcanic eruption is also present between the lava layers along the edge of the volcano. Composite volcanoes are common along the Pacific Ring of Fire and other major tectonic plate boundaries where the presence of water in the magma chamber creates explosive eruptions.

Shield volcanoes get their name from their shape—a huge shield laid on its side. Figure 8.23 shows the Mauna Loa Volcano. You can see that shield volcanoes do not have the steep mountainous sides of composite volcanoes. They have a very wide base and are much flatter on the top than composite volcano. Although they are not steep, they may be very large. The Mauna Loa Volcano has a diameter of over 112 kilometers (70 miles) and forms a significant part of the island of Hawaii. The Mauna Kea Volcano, also in Hawaii, is another shield volcano that is over ten kilometers (6 miles) high from its base below sea level to its peak. 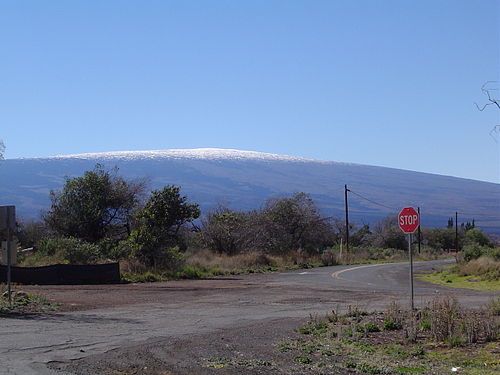 Figure 8.23: The Mauna Loa Volcano in Hawaii is the largest shield volcano on Earth. 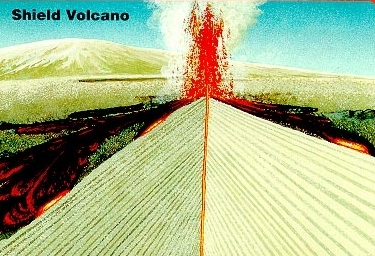 Figure 8.24: A shield volcano is built by layers of more fluid lava that spreads out over broad areas. 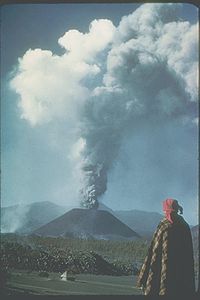 Figure 8.25: Paricutín erupting in 1943, when it first formed. Cinder cones like this one rarely reach even 300 meters high.

Cinder cones are both the most common type of volcano and also the smallest. The cinder cone resembles a composite volcano but on a much smaller scale. They rarely reach even 300 meters in height but have even steeper sides than a composite volcano. They usually have a crater at the summit. Cinder cones are composed of small fragments of rock piled on top of one another. These volcanoes usually do not produce streams of lava.

In 1943, a farmer in Mexico witnessed the first eruption of a cinder cone in his field (Figure 8.25). Within a year, the cinder cone Paricutín grew to 336 meters high. By 1952, it grew to a peak of 424 meters tall, and then stopped erupting. This rapid growth and single eruption cycle is characteristic of cinder cones. For this reason, cinder cones do not reach the sizes of stratovolcanoes or shield volcanoes. Often, cinder cones appear near larger volcanoes, but they also may be found away from all other volcanoes, as was the case with Paricutín. The exact composition of a cinder cone depends on the composition of the lava ejected from the Earth. 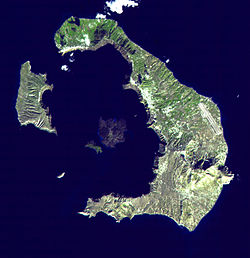 Figure 8.26: The caldera at Santorini in Greece is so large that its circular shape can only be seen by satellite.

In certain areas of the world, huge calderas have been found to be the remains of volcanic eruptions of enormous scale (Figure 8.26). These calderas are volcanic features that are formed by the collapse of a huge amount of land due to the powerful eruptions. Caldera comes from Latin word, meaning cauldron. Calderas are generally circular shaped geographic formations like the picture in figure 6. These are not singular mountains but entire geographical areas. Yellowstone National Park in Wyoming is another caldera that has blown about a hundred times in the last 16 million years.

The eruptions from supervolcanoes can be so large that the ash ejected into the air blocks the Sun and lowers the temperature on the entire planet. The lowered temperatures caused by these eruptions is called a volcanic winter. A supervolcano eruption at Lake Toba in northern Sumatra may have annihilated about 60% of the world’s human population about 75,000 years ago. One can only imagine how such a huge eruption would change the world in modern times.

The largest supervolcano in North America is the Yellowstone caldera, which had three super eruptions at 2.1 million, 1.3 million and 640,000 years ago, and much more recent smaller (but still enormous) eruptions. Long Valley caldera, south of Mono Lake in California, is the second largest supervolcano in North America, erupting extremely hot and explosive rhyolite around 700,000 years ago. An earthquake swarm in 1980 alerted geologists to the possibility of another eruption in the future, but the timing of such an event is unknown.

Supervolcanoes are a fairly new idea so the exact cause of supervolcano eruptions is still debated. However, scientists believe that an entire and very large magma chamber erupts in a catastrophic explosion. This enormous eruption creates a huge hole or caldera where the surface area collapses.

caldera
Circular-shaped geographic features formed from a massive eruption of an ancient volcano, and the subsequent collapse of the volcano back into the ground.
cinder cone
A smaller volcano that grows rapidly but only erupts over a short period of the time. Cinder cones are composed of small rock fragments piled on top of one another. They rarely are more than 300 m in height.
composite volcano
A volcano with a broad base, steep sides, and often a crater at the top. The volcano is composed of alternating layers of ash and lava flows. Also called a stratovolcano.
strata
Layers of rock that are similar in composition to one another.
supervolcano
A massive volcanic eruption that is rare but incredibly powerful. Thousands of cubic kilometers of matter can be ejected, and the dust and ash from their eruption can cool the world’s climate for years.