During the early Cold War, Afghanistan attempted to maintain a non-aligned status, receiving aid from both the Soviet Union and the United States, but ended up relying heavily on assistance from the Soviets.

Detail how the Cold War spilled over into Afghanistan

Great Game
A term used by historians to describe a political and diplomatic confrontation that existed for most of the 19th century between Britain and Russia over Afghanistan and neighboring territories in Central and Southern Asia. Russia was fearful of British commercial and military inroads into Central Asia, and Britain was fearful of Russia adding “the jewel in the crown,” India, to the vast empire it was building in Asia. This resulted in an atmosphere of distrust and constant threat of war between the two empires.
Mohammed Zahir Shah
The last King of Afghanistan, reigning from November 8, 1933, until he was deposed on July 17, 1973. During his four decades of rule, he became a prominent Afghan figure worldwide, establishing friendly relations with many countries and modernizing his country.

In the 19th century, Afghanistan served as a strategic buffer state between Czarist Russian and the British Empire in the subcontinent during the so-called Great Game. Around the 1830s, Imperial Russia wanted to conquer Afghanistan because of the potential economic profit.

Afghanistan’s relations with Moscow became more cordial after the Bolshevik Revolution in 1917. The Soviet Union was the first country to establish diplomatic relations with Afghanistan in 1919 after the Third Anglo-Afghan war and signed an Afghan-Soviet nonaggression pact in 1921, which also provided for Afghan transit rights through the Soviet Union. Early Soviet assistance included financial aid, aircraft and attendant technical personnel, and telegraph operators.

After the Third Anglo-Afghan War and the signing of the Treaty of Rawalpindi on August 19, 1919, King Amanullah Khan declared Afghanistan a sovereign and fully independent state. He moved to end his country’s traditional isolation by establishing diplomatic relations with the international community and following a 1927–28 tour of Europe and Turkey, introduced several reforms intended to modernize his nation. A key force behind these reforms was Mahmud Tarzi, an ardent supporter of the education of women. He fought for Article 68 of Afghanistan’s 1923 constitution, which made elementary education compulsory. Slavery was abolished in 1923.

Some of the reforms that were actually put in place, such as the abolition of the traditional burqa for women and the opening of a number of coeducational schools, quickly alienated many tribal and religious leaders. Faced with overwhelming armed opposition, Amanullah Khan was forced to abdicate in January 1929 after Kabul fell to rebel forces led by Habibullah Kalakani. Prince Mohammed Nadir Shah, Amanullah’s cousin, in turn defeated and killed Kalakani in November 1929 and was declared King Nadir Shah. He abandoned the reforms of Amanullah Khan in favor of a more gradual approach to modernization but was assassinated in 1933 by Abdul Khaliq, a Hazara school student.

Mohammed Zahir Shah, Nadir Shah’s 19-year-old son, succeeded to the throne and reigned from 1933 to 1973. Until 1946, Zahir Shah ruled with the assistance of his uncle, who held the post of Prime Minister and continued the policies of Nadir Shah. Another of Zahir Shah’s uncles, Shah Mahmud Khan, became Prime Minister in 1946 and began an experiment allowing greater political freedom, but reversed the policy when it went further than he expected. He was replaced in 1953 by Mohammed Daoud Khan, the king’s cousin and brother-in-law. Daoud Khan sought a closer relationship with the Soviet Union and a more distant one towards Pakistan. Afghanistan remained neutral and was neither a participant in World War II nor aligned with either power bloc in the Cold War. However, it was a beneficiary of the latter rivalry as both the Soviet Union and the United States vied for influence by building Afghanistan’s main highways, airports, and other vital infrastructure. On per capita basis, Afghanistan received more Soviet development aid than any other country. 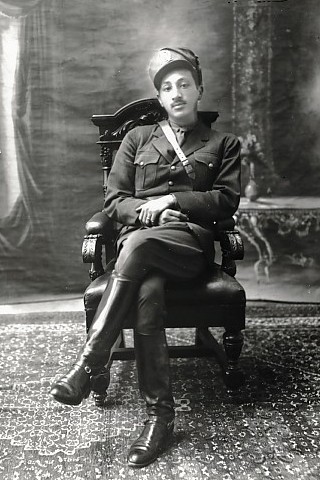 Relations During the Cold War

The Cold War spanned from the 1950s to the 1990s and was full of conflict between America and Russia. The main superpowers waged war through proxies, or super allies, because any direct conflict with each other could result in nuclear war. The Cold War shaped the Russian mindset about developing countries.

Afghan-American relations became important during the start of the Cold War. In 1958, Prime Minister Daoud Khan became the first Afghan to speak before the United States Congress in Washington, DC. His presentation focused on a number of issues but most importantly underscored the importance of U.S.-Afghan relations. While in Washington, Daoud met with President Dwight Eisenhower, signed an important cultural exchange agreement, and reaffirmed personal relations with Vice President Nixon that began during the latter’s trip to Kabul in 1953.

At that time, the United States declined Afghanistan’s request for defense cooperation but extended an economic assistance program focused on the development of Afghanistan’s physical infrastructure—roads, dams, and power plants. Later, U.S. aid shifted from infrastructure projects to technical assistance programs to develop the skills needed to build a modern economy. Contacts between the United States and Afghanistan increased during the 1950s, especially during the Cuban Revolution between 1953 and 1959. While the Soviet Union was supporting Cuba’s Fidel Castro, the United States was focusing on Afghanistan for strategic purposes: to counter the spread of communism and the strength of the Soviet Union into South Asia, particularly the Persian Gulf.

At the beginning of Soviet intervention in Afghanistan in 1953, the Soviet government had three main long-term objectives. The first was to threaten the Iranian oilfields or put themselves in a position to do so in the coming years. The second was to strengthen influence in the Indian Peninsula. The last goal was to divert western weapons to unproductive areas.