37.1.1: The European Coal and Steel Community

The European Coal and Steel Community (ECSC) was born from the desire to prevent future European conflicts following the devastation of World War II.

Connect the establishment of the ECSC to WWII.

supranationalism
A type of multinational political union where negotiated power is delegated to an authority by governments of member states.

The European Coal and Steel Community (ECSC) was an international organization unifying certain continental European countries after World War II. It was formally established in 1951 by the Treaty of Paris, signed by Belgium, France, West Germany, Italy, the Netherlands, and Luxembourg. The ECSC was the first international organization based on the principles of supranationalism, and would ultimately pave the way for the European Union. 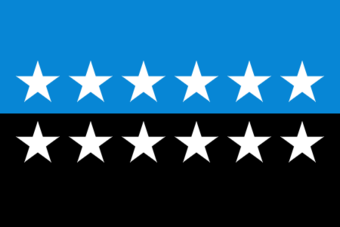 Flag of the European Coal and Steel Community

The ECSC was first proposed by French foreign minister Robert Schuman on May 9, 1950, to prevent further war between France and Germany. His declared aim was to make future wars among the European nations unthinkable due to higher levels of regional integration, with the ECSC as the first step towards that integration. The treaty would create a common market for coal and steel among its member states, which served to neutralize competition between European nations over natural resources used for wartime mobilization, particularly in the Ruhr. The Schuman Declaration that created the ECSC had several distinct aims:

In West Germany, Schuman kept close contact with the new generation of democratic politicians. Karl Arnold, the Minister President of North Rhine-Westphalia, the province that included the coal and steel producing Ruhr, was initially spokesman for German foreign affairs. He gave a number of speeches and broadcasts on a supranational coal and steel community at the same time as Schuman began to propose the Community in 1948 and 1949. The Social Democratic Party of Germany (German: Sozialdemokratische Partei Deutschlands, SPD), in spite of support from unions and other socialists in Europe, decided it would oppose the Schuman plan. Kurt Schumacher’s personal distrust of France, capitalism, and Konrad Adenauer aside, he claimed that a focus on integration would override the SPD’s prime objective of German reunification and thus empower ultra-nationalist and Communist movements in democratic countries. He also thought the ECSC would end any hopes of nationalizing the steel industry and encourage the growth of cartel activity throughout a newly conservative-leaning Europe. Younger members of the party like Carlo Schmid were, however, in favor of the Community and pointed to the long tradition of socialist support for a supranational movement.

In France, Schuman gained strong political and intellectual support from all sectors, including many non-communist parties. Charles de Gaulle, then out of power, had been an early supporter of linking European economies on French terms and spoke in 1945 of a “European confederation” that would exploit the resources of the Ruhr. However, he opposed the ECSC, deriding it as an unsatisfactory approach to European unity. He also considered the French government’s approach to integration too weak and feared the ECSC would be hijacked by other nation’s concerns. De Gaulle felt that the ECSC had insufficient supranational authority because the Assembly was not ratified by a European referendum, and he did not accept Raymond Aron’s contention that the ECSC was intended as a movement away from U.S. domination. Consequently, de Gaulle and his followers in the Rally of the French People (RPF) voted against ratification in the lower house of the French Parliament.

Despite these reservations and attacks from the extreme left, the ECSC found substantial public support. It gained strong majority votes in all 11 chambers of the parliaments of the six member states, as well as approval among associations and European public opinion. The 100-article Treaty of Paris, which established the ECSC, was signed on April 18, 1951, by “the inner six”: France, West Germany, Italy, Belgium, the Netherlands, and Luxembourg. On August 11, 1952, the United States was the first non-ECSC member to recognize the Community and stated it would now deal with the ECSC on coal and steel matters, establishing its delegation in Brussels. 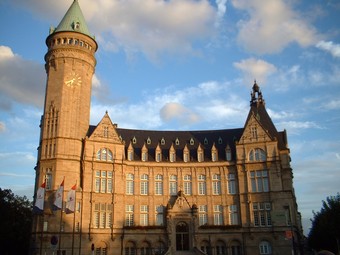 The High Authority (now the European Commission) was the first-ever supranational body that served as the Community’s executive. The President was elected by the eight other members. The nine members were appointed by member states (two for the larger three states, one for the smaller three), but represented the common interest rather than their own states’ concerns. The member states’ governments were represented by the Council of Ministers, the presidency of which rotated between each state every three months in alphabetical order. The Council of Ministers’ task was to harmonize the work of national governments with the acts of the High Authority and issue opinions on the work of the Authority when needed.

The Common Assembly, now the European Parliament, was composed of 78 representatives. The Assembly exercised supervisory powers over the executive. The representatives were to be national MPs elected by their Parliaments to the Assembly, or directly elected. The Assembly was intended as a democratic counter-weight and check to the High Authority. It had formal powers to sack the High Authority following investigations of abuse.