The Emirates of the Arabian Peninsula

34.4.3: The Emirates of the Arabian Peninsula

The emirates of the Middle East (the United Arab Emirates, Qatar, and Kuwait) are monarchies ruled by emirs and represent some of the wealthiest Arab nations.

Compare and contrast the emirates of the Arabian Peninsula

Arab Spring
A revolutionary wave of both violent and non-violent demonstrations, protests, riots, coups, and civil wars in the Arab world that began on December 17, 2010, in Tunisia with the Tunisian Revolution, and spread through the Arab League and surrounding countries. Major insurgencies and civil wars in Iraq, Libya, Syria, and Yemen resulted, along with civil uprisings in Bahrain and Egypt; large street demonstrations in Algeria, Iran, Lebanon, Jordan, Kuwait, Morocco, Oman, and Sudan; and minor protests in Djibouti, Mauritania, the Palestinian territories, Saudi Arabia, Somalia, and the Western Sahara.
Emirate
A political territory is ruled by a dynastic Islamic monarch-style emir. It also means principality.
Apostasy
A person’s formal renunciation of a religion, also used in the broader context of embracing an opinion contrary to one’s previous beliefs.
Sharia law
The religious law governing the members of the Islamic faith. It is derived from the religious precepts of Islam, particularly the Quran and the Hadith.

The United Arab Emirates, or the UAE, is a federal absolute monarchy in Western Asia at the southeast end of the Arabian Peninsula and bordering seas in the Gulf of Oman, occupying the Persian Gulf. It borders with Oman to the east and Saudi Arabia to the south, although the United Arab Emirates shares maritime borders with Qatar in the west and Iran in the north and sea borders with Iraq, Kuwait, and Bahrain. In 2013, the UAE’s population was 9.2 million, of which 1.4 million are Emirati citizens and 7.8 million are expatriates.

The country is a federation of seven emirates that was established on December 2nd, 1971. The constituent emirates are Abu Dhabi (which serves as the capital), Ajman, Dubai, Fujairah, Ras al-Khaimah, Sharjah, and Umm al-Quwain. Each emirate is governed by an absolute monarch; together, they jointly form the Federal Supreme Council. One of the monarchs is selected as the President of the United Arab Emirates. Although elected by the Supreme Council, the presidency and prime ministership are essentially hereditary. The emir of Abu Dhabi holds the presidency, and the emir of Dubai is prime minister.

Islam is the official religion of the UAE,and Arabic is the official language, although English and Indian dialects are widely spoken and are the languages of business and education, especially in Abu Dhabi and Dubai.

The UAE’s oil reserves are the seventh-largest in the world, while its natural gas reserves are the 17th-largest. Sheikh Zayed, ruler of Abu Dhabi and the first President of the UAE, oversaw the development of the Emirates and steered oil revenues into health care, education, and infrastructure. The UAE’s economy is the most diversified in the Gulf Cooperation Council, with its most populous city of Dubai an important global city and international aviation hub. Nevertheless, the country remains principally reliant on its export of petroleum and natural gas.

The UAE is criticized for its human rights record, including the specific interpretations of Sharia used in its legal system. Flogging and stoning have been legal punishments in the UAE, a requirement derived from Sharia law. Some domestic workers in the UAE are victims of Sharia judicial punishments such as flogging and stoning. The annual Freedom House report on Freedom in the World has listed the United Arab Emirates as “Not Free” every year since 1999, the first year for which records are available on their website. UAE has escaped the Arab Spring; however, more than 100 Emirati activists were jailed and tortured because they sought reforms. Since 2011, the UAE government has increasingly carried out forced disappearances. Many foreign nationals and Emirati citizens have been arrested and abducted by the state. 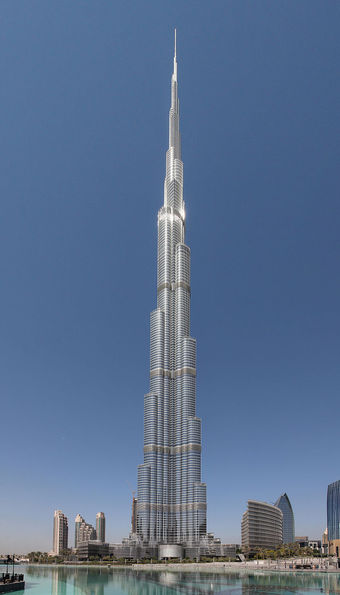 Burj Khalifa: Burj Khalifa, a skyscraper in Dubai, is the tallest human-made structure in the world.

Qatar is a sovereign country located in Western Asia, occupying the small Qatar Peninsula on the northeastern coast of the Arabian Peninsula. Its sole land border is with Saudi Arabia to the south, with the rest of its territory surrounded by the Persian Gulf. A strait in the Persian Gulf separates Qatar from the nearby island country of Bahrain, and maritime borders are shared with the United Arab Emirates and Iran.

Following Ottoman rule, Qatar became a British protectorate in the early 20th century until gaining independence in 1971. Qatar has been ruled by the House of Thani since the early 19th century. Sheikh Jassim bin Mohammed Al Thani was the founder of the State of Qatar. Qatar is a hereditary monarchy and its head of state is Emir Sheikh Tamim bin Hamad Al Thani. Whether it should be regarded as a constitutional or an absolute monarchy is a matter of opinion. In 2003, the constitution was overwhelmingly approved in a referendum, with almost 98% in favor. In 2013, Qatar’s total population was 1.8 million, with 278,000 Qatari citizens and 1.5 million expatriates.

Qatar is a high-income economy and a developed country, backed by the world’s third largest natural gas reserves and oil reserves. The country has the highest per capita income in the world. Qatar is classified by the UN as a country of very high human development and is the most advanced Arab state for human development. Qatar is a significant power in the Arab world, supporting several rebel groups during the Arab Spring both financially and through its globally expanding media group, Al Jazeera Media Network. For its size, Qatar wields disproportionate influence in the world, and has been identified as a middle power.

Sharia law is the main source of Qatari legislation according to Qatar’s Constitution. In practice, Qatar’s legal system is a mixture of civil law and Sharia law. Sharia law is applied to laws pertaining to family law, inheritance, and several criminal acts (including adultery, robbery and murder). In some cases in Sharia-based family courts, a female’s testimony is worth half a man’s. Codified family law was introduced in 2006. Islamic polygamy is allowed in the country. Stoning is a legal punishment in Qatar, while apostasy is a crime punishable by the death penalty. Blasphemy is punishable by up to seven years in prison and proselytizing can be punished by up to 10 years in prison. Homosexuality is punishable by the death penalty. 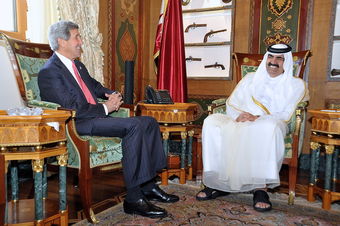 Kuwait is a country in Western Asia. Situated in the northern edge of Eastern Arabia at the tip of the Persian Gulf, it shares borders with Iraq and Saudi Arabia. As of 2016, Kuwait has a population of 4.2 million people; 1.3 million are Kuwaitis and 2.9 million are expatriates (70% of the population).

Oil reserves were discovered in 1938. From 1946 to 1982, the country underwent large-scale modernization. In the 1980s, Kuwait experienced a period of geopolitical instability and an economic crisis following the stock market crash. In 1990, Kuwait was invaded by Iraq. The Iraqi occupation came to an end in 1991 after military intervention by coalition forces. At the end of the war, there were extensive efforts to revive the economy and rebuild national infrastructure.

Kuwait is a constitutional emirate with a semi-democratic political system. It has a high-income economy backed by the world’s sixth largest oil reserves. The Kuwaiti dinar is the highest-valued currency in the world. According to the World Bank, the country has the fourth-highest per capita income in the world.

The Constitution of Kuwait was promulgated in 1962. Kuwait is among the Middle East’s freest countries in terms of civil liberties and political rights. Kuwait ranks highly in regional metrics of gender equality, with the region’s highest Global Gender Gap ranking. The court system in Kuwait is secular; unlike other Gulf states, Kuwait does not have Sharia courts.