In February 1946, George F. Kennan’s “Long Telegram” from Moscow helped articulate the U.S. government’s increasingly hard line against the Soviets and became the basis for the U.S. “containment” strategy toward the Soviet Union for the duration of the Cold War.

Recall the significance of the Long Telegram

“Long Telegram”
A 1946 cable telegram by U.S. diplomat George F. Kennan during the post-WWII administration of U.S. President Harry Truman that articulated the policy of containment toward the USSR.
containment
A military strategy to stop the expansion of an enemy. It is best known as the Cold War policy of the United States and its allies to prevent the spread of communism.

The first phase of the Cold War began in the first two years after the end of the Second World War in 1945. The USSR consolidated its control over the states of the Eastern Bloc, while the United States began a strategy of global containment to challenge Soviet power, extending military and financial aid to the countries of Western Europe. An important moment in the development of America’s initial Cold War strategy was the delivery of the “Long Telegram” sent from Moscow by American diplomat George Kennan in 1946.

Kennan’s “Long Telegram” and the subsequent 1947 article “The Sources of Soviet Conduct” argued that the Soviet regime was inherently expansionist and that its influence had to be “contained” in areas of vital strategic importance to the United States. These texts provided justification for the Truman administration’s new anti-Soviet policy. Kennan played a major role in the development of definitive Cold War programs and institutions, notably the Marshall Plan.

In Moscow, Kennan felt his opinions were being ignored by Harry S. Truman and policymakers in Washington. Kennan tried repeatedly to persuade policymakers to abandon plans for cooperation with the Soviet government in favor of a sphere of influence policy in Europe to reduce the Soviets’ power there. Kennan believed that a federation needed to be established in western Europe to counter Soviet influence in the region and compete against the Soviet stronghold in eastern Europe.

Kennan served as deputy head of the mission in Moscow until April 1946. Near the end of that term, the Treasury Department requested that the State Department explain recent Soviet behavior, such as its disinclination to endorse the International Monetary Fund and the World Bank. Kennan responded on February 22, 1946, by sending a 5,500-word telegram (sometimes cited as more than 8,000 words) from Moscow to Secretary of State James Byrnes outlining a new strategy for diplomatic relations with the Soviet Union.

Kennan described dealing with Soviet Communism as “undoubtedly the greatest task our diplomacy has ever faced and probably the greatest it will ever have to face.” In the first two sections, he posited concepts that became the foundation of American Cold War policy:

According to Kennan, the Soviet Union did not see the possibility for long-term peaceful coexistence with the capitalist world; its ever-present aim was to advance the socialist cause. Capitalism was a menace to the ideals of socialism, and capitalists could not be trusted or allowed to influence the Soviet people. Outright conflict was never ca desirable avenue for the propagation of the Soviet cause, but their eyes and ears were always open for the opportunity to take advantage of “diseased tissue” anywhere in the world.

In Section Five, Kennan exposited Soviet weaknesses and proposed U.S. strategy, stating that despite the great challenge, “my conviction that problem is within our power to solve—and that without recourse to any general military conflict.” He argued that the Soviet Union would be sensitive to force, that the Soviets were weak compared to the united Western world, that the Soviets were vulnerable to internal instability, and that Soviet propaganda was primarily negative and destructive.

The solution was to strengthen Western institutions in order to render them invulnerable to the Soviet challenge while awaiting the mellowing of the Soviet regime.

Unlike the “Long Telegram,” Kennan’s well-timed article in the July 1947 issue of Foreign Affairs attributed the pseudonym “X,” entitled “The Sources of Soviet Conduct,” did not begin by emphasizing “traditional and instinctive Russian sense of insecurity”; instead, it asserted that Stalin’s policy was shaped by a combination of Marxist and Leninist ideology, which advocated revolution to defeat the capitalist forces in the outside world and Stalin’s determination to use the notion of “capitalist encirclement” to legitimize his regimentation of Soviet society so that he could consolidate his political power. Kennan argued that Stalin would not (and moreover could not) moderate the supposed Soviet determination to overthrow Western governments. Thus,

the main element of any United States policy toward the Soviet Union must be a long-term, patient but firm and vigilant containment of Russian expansive tendencies … Soviet pressure against the free institutions of the Western world is something that can be contained by the adroit and vigilant application of counterforce at a series of constantly shifting geographical and political points, corresponding to the shifts and manoeuvers of Soviet policy, but which cannot be charmed or talked out of existence.

The publication of the “X Article” soon began one of the more intense debates of the Cold War. Walter Lippmann, a leading American commentator on international affairs, strongly criticized the “X Article.” He argued that Kennan’s strategy of containment was “a strategic monstrosity” that could “be implemented only by recruiting, subsidizing and supporting a heterogeneous array of satellites, clients, dependents, and puppets.” Lippmann argued that diplomacy should be the basis of relations with the Soviets; he suggested that the U.S. withdraw its forces from Europe and reunify and demilitarize Germany. Meanwhile, it was revealed informally that “X” was indeed Kennan. This information seemed to give the “X Article” the status of an official document expressing the Truman administration’s new policy toward the USSR. In the years that followed, this implication was proved correct by the actions taken by the U.S. government toward foreign affairs, including entering the Korean War and the Vietnam War. 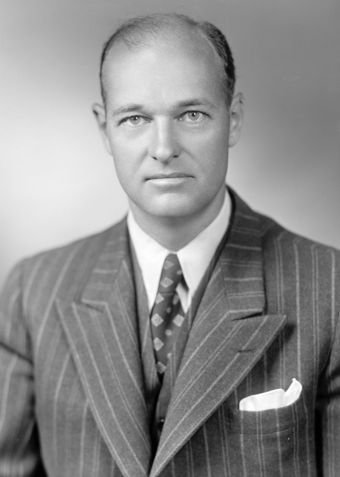