The Monarchies of the Middle East

34.4: The Monarchies of the Middle East

Saudi Arabia, an absolute monarchy organized around Sunni Islam and home to the second largest oil reserves in the world, has enjoyed friendly relations with the West, especially the United States.

Sunni Islam
The largest denomination of Islam. Its name comes from the word Sunnah, referring to the exemplary behavior of the Islamic prophet Muhammad. The differences between this sect and Shia Muslims arose from a disagreement over the choice of Muhammad’s successor and subsequently acquired broader political significance, as well as theological and juridical dimensions.
absolute monarchy
A form of monarchy in which one ruler has supreme authority that is not restricted by any written laws, legislature, or customs. These are often, but not always, hereditary monarchies. In contrast, in constitutional monarchies, the head of state’s authority derives from and is legally bounded or restricted by a constitution or legislature.

Saudi Arabia, officially known as the Kingdom of Saudi Arabia, is an Arab state in Western Asia constituting the bulk of the Arabian Peninsula. The area of modern-day Saudi Arabia formerly consisted of four distinct regions: Hejaz, Najd, and parts of Eastern Arabia (Al-Ahsa), and Southern Arabia (‘Asir). The Kingdom of Saudi Arabia was founded in 1932 by Ibn Saud. He united the four regions into a single state through a series of conquests beginning in 1902 with the capture of Riyadh, the ancestral home of his family, the House of Saud. Saudi Arabia has since been an absolute monarchy, effectively a hereditary dictatorship governed along Islamic lines. The ultraconservative Wahhabi religious movement within Sunni Islam has been called “the predominant feature of Saudi culture,” with its global spread largely financed by the oil and gas trade. Saudi Arabia is sometimes called “the Land of the Two Holy Mosques” in reference to Al-Masjid al-Haram (in Mecca) and Al-Masjid an-Nabawi (in Medina), the two holiest places in Islam.

The new kingdom was one of the poorest countries in the world, reliant on limited agriculture and pilgrimage revenues. In 1938, vast reserves of oil were discovered in the Al-Ahsa region along the coast of the Persian Gulf, and full-scale development of the oil fields began in 1941 under the U.S.-controlled Aramco (Arabian American Oil Company). Oil provided Saudi Arabia with economic prosperity and substantial political leverage internationally. Saudi Arabia has since become the world’s largest oil producer and exporter, controlling the world’s second largest oil reserves and the sixth largest gas reserves. The kingdom is categorized as a World Bank high-income economy with a high Human Development Index, and is the only Arab country to be part of the G-20 major economies. However, the economy of Saudi Arabia is the least diversified in the Gulf Cooperation Council, lacking any significant service or production sector (apart from the extraction of resources). The country has attracted criticism for its restrictions on women’s rights and usage of capital punishment. 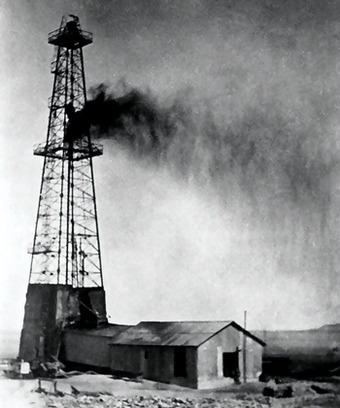 Saudi Arabia is an absolute monarchy. However, according to the Basic Law of Saudi Arabia adopted by royal decree in 1992, the king must comply with Sharia (Islamic law) and the Quran, while the Quran and the Sunnah (the traditions of Muhammad) are declared to be the country’s constitution. No political parties or national elections are permitted. Critics regard it as a totalitarian dictatorship.

In the absence of national elections and political parties, politics in Saudi Arabia takes place in two distinct arenas: within the royal family, the Al Saud, and between the royal family and the rest of Saudi society. Outside of the Al-Saud, participation in the political process is limited to a relatively small segment of the population and takes the form of the royal family consulting with the ulema, tribal sheikhs, and members of important commercial families on major decisions. This process is not reported by the Saudi media.

The king combines legislative, executive, and judicial functions and royal decrees form the basis of the country’s legislation. The king is also the prime minister and presides over the Council of Ministers (Majlis al-Wuzarāʾ), which comprises the first and second deputy prime ministers and other ministers.

The royal family dominates the political system. The family’s vast numbers allow it to control most of the kingdom’s important posts and be involved and present at all levels of government. The number of princes is estimated to be at least 7,000, with most power and influence being wielded by the 200 or so male descendants of Ibn Saud. The key ministries are generally reserved for the royal family, as are the thirteen regional governorships. The royal family is politically divided by factions based on clan loyalties, personal ambitions, and ideological differences.

Abdul Aziz Ibn Saud, the first king of Saudi Arabia, ruled for 21 years. In 1953, Saud of Saudi Arabia succeeded as the king of Saudi Arabia upon his father’s death, until 1964 when he was deposed in favor of his half brother Faisal of Saudi Arabia, after an intense rivalry, fueled by doubts in the royal family over Saud’s competence. In 1975, Faisal was assassinated by his nephew, Prince Faisal bin Musaid, and was succeeded by his half-brother King Khalid. King Khalid died of a heart attack in June 1982. He was succeeded by his brother, King Fahd, who added the title “Custodian of the Two Holy Mosques” to his name in 1986 in response to considerable fundamentalist pressure to avoid use of “majesty” in association with anything except God.

Fahd continued to develop close relations with the United States and increased the purchase of American and British military equipment. In response to civil unrest, a number of limited “reforms” were initiated by King Fahd. In March 1992, he introduced the “Basic Law”, which emphasized the duties and responsibilities of a ruler. In December 1993, the Consultative Council was inaugurated. It is composed of a chairman and 60 members—all chosen by the King to respond to dissent while making as few actual changes in the status quo as possible.

In 2005, King Fahd died and was succeeded by Abdullah, who continued the policy of minimum reform and clamping down on protests. The king introduced a number of economic reforms aimed at reducing the country’s reliance on oil revenue: limited deregulation, encouragement of foreign investment, and privatization. In 2015, Abdullah was succeeded as king by his half-brother Salman.

Saudi Arabia is a non-aligned state whose stated foreign policy objectives are to maintain its security and paramount position on the Arabian Peninsula, and as the world’s largest exporter of oil, to maintain cooperative relations with other oil-producing and major oil-consuming countries.

Saudi Arabian stated policy is focused on cooperation with the oil-exporting Gulf States, the unity of the Arab world, Islamic strength and solidarity, and support for the United Nations. In practice, the main concerns in recent years have been relations with the United States, the Israeli-Palestinian conflict, Iraq, the perceived threat from the Islamic Republic of Iran, the effect of oil pricing, and using its oil wealth to increase the influence of Islam and especially the conservative school of Islam supported by the country’s rulers.

United States recognized the government of King Ibn Saud in 1931. In the 1930s, oil exploration by Standard Oil commenced. There was no U.S. ambassador resident in Saudi Arabia until 1943, but as World War II progressed, the United States began to believe that Saudi oil was of strategic importance.

In 1951, under a mutual defense agreement, the U.S. established a permanent U.S. Military Training Mission in the kingdom and agreed to provide training support in the use of weapons and other security-related services to the Saudi armed forces. This agreement formed the basis of a longstanding security relationship. The United States is one of Saudi Arabia’s largest trading partners and closest allies, with full diplomatic relations since 1933 that remain strong today. However, Saudi Arabia’s relationship with the United States has been put under pressure since late 2013 after the United States backed from its intervention in the Syrian Civil War and thawed relations with Iran.