In its 14 years in existence, the Weimar Republic faced numerous problems, including hyperinflation, political extremism, and contentious relationships with the victors of the First World War, leading to its collapse during the rise of Adolf Hitler.

Describe the Weimar Republic and the challenges it faced

Stab-in-the-back myth
The notion, widely believed in right-wing circles in Germany after 1918, that the German Army did not lose World War I on the battlefield but was instead betrayed by the civilians on the home front, especially the republicans who overthrew the monarchy in the German Revolution of 1918–19. Advocates denounced the German government leaders who signed the Armistice on November 11, 1918, as the “November Criminals.” When the Nazis came to power in 1933, they made the legend an integral part of their official history of the 1920s, portraying the Weimar Republic as the work of the “November Criminals” who seized power while betraying the nation.
Enabling Act of 1933
A 1933 Weimar Constitution amendment that gave the German Cabinet – in effect, Chancellor Adolf Hitler – the power to enact laws without the involvement of the Reichstag.
hyperinflation
This occurs when a country experiences very high and usually accelerating rates of inflation, rapidly eroding the real value of the local currency and causing the population to minimize their holdings of local money by switching to relatively stable foreign currencies. Under such conditions, the general price level within an economy increases rapidly as the official currency loses real value.

Weimar Republic is an unofficial historical designation for the German state between 1919 and 1933. The name derives from the city of Weimar, where its constitutional assembly first took place. The official name of the state was still Deutsches Reich; it had remained unchanged since 1871. In English the country was usually known simply as Germany. A national assembly was convened in Weimar, where a new constitution for the Deutsches Reich was written and adopted on August 11, 1919. In its 14 years, the Weimar Republic faced numerous problems, including hyperinflation, political extremism (with paramilitaries – both left- and right-wing); and contentious relationships with the victors of the First World War. The people of Germany blamed the Weimar Republic rather than their wartime leaders for the country’s defeat and for the humiliating terms of the Treaty of Versailles. However, the Weimar Republic government successfully reformed the currency, unified tax policies, and organized the railway system. Weimar Germany eliminated most of the requirements of the Treaty of Versailles; it never completely met its disarmament requirements and eventually paid only a small portion of the war reparations (by twice restructuring its debt through the Dawes Plan and the Young Plan). Under the Locarno Treaties, Germany accepted the western borders of the republic, but continued to dispute the Eastern border.

From 1930 onward, President Hindenburg used emergency powers to back Chancellors Heinrich Brüning, Franz von Papen, and General Kurt von Schleicher. The Great Depression, exacerbated by Brüning’s policy of deflation, led to a surge in unemployment. In 1933, Hindenburg appointed Adolf Hitler as Chancellor with the Nazi Party as part of a coalition government. The Nazis held two out of the remaining 10 cabinet seats. Von Papen as Vice Chancellor was intended to work behind the scenes to keep Hitler under control, using his close personal connection to Hindenburg. Within months the Reichstag Fire Decree and the Enabling Act of 1933 brought about a state of emergency: it wiped out constitutional governance and civil liberties. Hitler’s seizure of power (Machtergreifung) brought the republic to an end. As democracy collapsed, a single-party state founded the Nazi era.

Challenges and Reasons for Failure

The reasons for the Weimar Republic’s collapse are the subject of continuing debate. It may have been doomed from the beginning since even moderates disliked it and extremists on both the left and right loathed it, a situation referred to by some historians, such as Igor Primoratz, as a “democracy without democrats.” Germany had limited democratic traditions, and Weimar democracy was widely seen as chaotic. Weimar politicians had been blamed for Germany’s defeat in World War I through a widely believed theory called the “Stab-in-the-back myth,” which contended that Germany’s surrender in World War I had been the unnecessary act of traitors, and thus the popular legitimacy of the government was on shaky ground. As normal parliamentary lawmaking broke down and was replaced around 1930 by a series of emergency decrees, the decreasing popular legitimacy of the government further drove voters to extremist parties.

The Republic in its early years was already under attack from both left- and right-wing sources. The radical left accused the ruling Social Democrats of betraying the ideals of the workers’ movement by preventing a communist revolution, and sought to overthrow the Republic and do so themselves. Various right-wing sources opposed any democratic system, preferring an authoritarian, autocratic state like the 1871 Empire. To further undermine the Republic’s credibility, some right-wingers (especially certain members of the former officer corps) also blamed an alleged conspiracy of Socialists and Jews for Germany’s defeat in World War I.

The Weimar Republic had some of the most serious economic problems ever experienced by any Western democracy in history. Rampant hyperinflation, massive unemployment, and a large drop in living standards were primary factors.

In the first half of 1922, the mark stabilized at about 320 marks per dollar. By fall 1922, Germany found itself unable to make reparations payments since the price of gold was now well beyond what it could afford. Also, the mark was by now practically worthless, making it impossible for Germany to buy foreign exchange or gold using paper marks. Instead, reparations were to be paid in goods such as coal. In January 1923, French and Belgian troops occupied the Ruhr, the industrial region of Germany in the Ruhr valley, to ensure reparations payments. Inflation was exacerbated when workers in the Ruhr went on a general strike and the German government printed more money to continue paying for their passive resistance. By November 1923, the US dollar was worth 4,2 trillion German marks. In 1919, one loaf of bread cost 1 mark; by 1923, the same loaf of bread cost 100 billion marks. 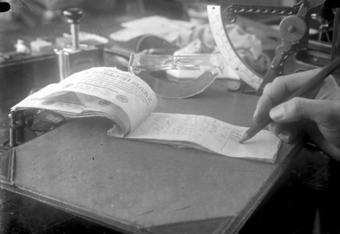 From 1923 to 1929, there was a short period of economic recovery, but the Great Depression of the 1930s led to a worldwide recession. Germany was particularly affected because it depended heavily on American loans. In 1926, about 2 million Germans were unemployed, which rose to around 6 million in 1932. Many blamed the Weimar Republic. That was made apparent when political parties on both right and left wanting to disband the Republic altogether made any democratic majority in Parliament impossible.

The reparations damaged Germany’s economy by discouraging market loans, which forced the Weimar government to finance its deficit by printing more currency, causing rampant hyperinflation. In addition, the rapid disintegration of Germany in 1919 by the return of a disillusioned army, the rapid change from possible victory in 1918 to defeat in 1919, and the political chaos may have caused a psychological imprint on Germans that could lead to extreme nationalism, later epitomised and exploited by Hitler.

It is also widely believed that the 1919 constitution had several weaknesses, making the eventual establishment of a dictatorship likely, but it is unknown whether a different constitution could have prevented the rise of the Nazi party.