Navigating and Changing Systems and Institutions

Some LGBTQ people and their allies have “seized the moment” of societal change by trying to change systems from within, finding private sector corporations to be much more open and agile in response to their needs than public institutions (Githens, 2008). In order to not to lose customers or employees due to anti-LGBTQ sentiment, many corporations are opting to strengthen LGBTQ workplace policies and affinity groups (Githens, 2008). Such policies include domestic partner benefits, enumerated non-discrimination policies that include protections for sexual orientation, gender identity, and gender expression, and gender neutral bathrooms. To capture the progress being made in the private sector, the Human Rights Campaign (HRC) rates corporations in their annual Corporate Equality Index. Described as a “benchmarking tool on corporate policies and practices pertinent to lesbian, gay, bisexual, transgender, and queer employees”, these ratings are often used by corporations to demonstrate openness and inclusion (HRC, 2019).

These corporate workplace gains are not without critique, however, as some are concerned that private sector openness to LGBTQ communities is really just a way of manipulating workers into complacency by “keeping employees happy” and exploiting their need to “seek meaning through their job”, masking other labor violations and exploitative practices; creating the perfect marriage of capitalism and identity politics (Githens, 2008, p. 18).These approaches are often described as “assimilationist”, or what Rimmerman (2015) suggests is “striv[ing] for access to those in power and is rooted in an interest-group and legislative lobbying approach to political change” (p. 12).

Other institutional change from within has occurred in health and human services agencies. In 2002 the National Association of Social Workers (NASW) expressed its support for allowing same-sex couples to foster and adopt and has repeatedly issued professional support for same sex marriage, for example in 2013 and 2015 in relation to the Supreme Court rulings. In 2004, the American Medical Association issued a similar statement supporting adoption, and in 2012, issued support for same-sex civil marriage. In 2013, the American Academy of Pediatricians expressed its support for allowing same-sex couples to marry and to become foster and adoptive parents. Other professional groups (for example, the American Psychiatric Association and the American Counseling Association) have followed suit. Collectively, these statements recognize the importance of combating discrimination that LGBTQ families face, recognition of discrimination as a public health issue, and the importance of families to self-determine and receive professional and unbiased care and services.

Family and adoption rights are one way that LGBTQ parents are discriminated against if they have biological children, want to adopt, or want access to infertility treatment. Only five states actively ban discrimination based on sexual orientation and gender identity for foster and adoptive parents, an additional three states ban discrimination based on sexual orientation, and 10 states have laws that allow discrimination against LGBTQ prospective foster parents (Movement Advancement Project, 2019). Most states are largely silent on the topic, opening up a range of treatment toward same-sex adopting families which includes active discrimination that is not legally sanctified, to indifference (Movement Advancement Project, 2019). Little change has been made to recognize same-sex families despite the overwhelming evidence that being raised in an LGBTQ headed family is not inherently harmful or destructive to the children (Goldberg, 2010; Golombok & Badger, 2010; Pawelski, Perrin, Foy et al., 2006).

Numerous studies have, however, documented the health and stress impacts of unequal laws on families that are headed by same-sex couples. For instance, should a child fall ill, the lack of recognizing both parents of the child may mean that the parent is excluded from making medical decisions or may be separated from their child during an emergency because they are not recognized by medical staff as a parent or guardian (Perrin, 2013). Unnecessary legal hurdles and simultaneous societal discrimination against same sex households appears to be the root of stress, not the LGBTQ parent(s) themselves (Perrin, 2013).

Same-sex couples report navigating many legal challenges that vary depending on how the couple structurestheir family. Park and colleagues (2015) interviewed 51 LGB parents in California and found that the law impacted their lives and decisions in three dominant arenas: 1) how to have children, 2) where to live and 3) how their family was (or wasn’t) recognized. While some legal protections exist nationally, there is a great deal of variation in legal protections for LGBTQ families, highlighting the need to carefully consider the three above arenas in order to best protect one’s family.

LGBTQ polyamorous couples who wish to have their entire family recognized and legally protected face numerous challenges, predominant of which is the notion that in almost all states and countries you may only designate one spouse in a legal marriage (Johnson, 2013). These designations often mean that polyamorous couples cannot obtain health insurance for all of their spouses or partners (Johnson, 2013). Additional legal challenges faced by LGBTQ people and families can be found in Chapter 6 of this text.

Same-sex couples, with or without children, report unequal treatment in health and human service care compared to their heterosexual and cisgender peers. For same-sex couples seeking healthcare for their children invisibility, or not being recognized by healthcare providers as a family unit, is one barrier to quality health care (see Chapter 8). In their survey of nursing and medical student attitudes, Chapman and colleagues (2011) found that 69% of their sample reported not directly asking about the relationship among family members or being unsure if they would directly ask if the two same-sex adults were a couple responsible for the child receiving care. Not being seen and legitimized as a family unit creates invisibility that is stressful to the couple, and can also complicate care if one parent is not recognized as a guardian or is left out of decision making 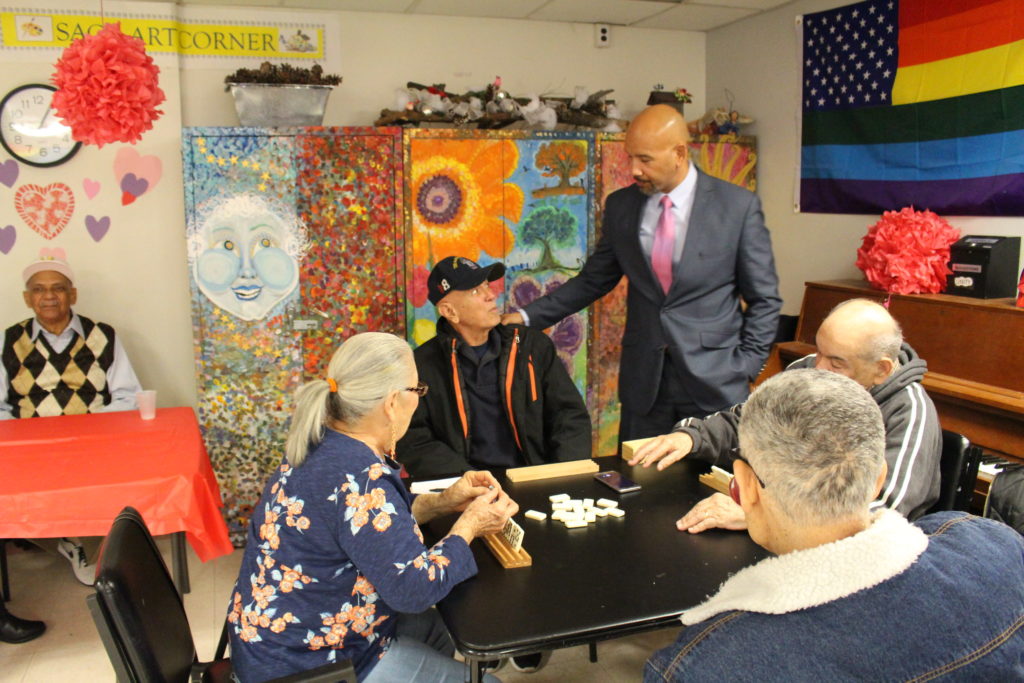 There is a particular need for supportive and affirming policies, practices, and professionals to serve the aging LGBTQ community. Morrison & Dinkel (2012) report that the aging LGBTQ population is underserved and experiences higher risk of medical issues compared to their heterosexual peers of similar age. Having higher need, combined with stigma faced by health care providers, leads to unsatisfactory and unequal treatment in out-of-home care. Couples who are aging and require out-of-home care often report anxiety about how they will be treated by staff, and whether they will be seen, treated, and respected as a couple (Erdley et al., 2014). One study by Hash (2007) found that over half of elder LGBTQ adults were opposed to assisted living, and 80% were opposed to out-of-home care due to fear of discrimination, including how their partner would be treated and whether their advanced directives would be recognized and respected.

Discrimination from human service providers in care and decision making has long been an issue of concern. For example LGBTQ people in general, and same-sex couples in particular, face bias and outright discrimination when trying to adopt a child from foster care or through a social service agency. Brown and colleagues (2009) found that lesbian and gay prospective parents seeking to adopt were not emotionally supported through the process (with their adoptive worker expressing support for them) compared to straight adopting couples, and nearly 15% of the sample felt very stressed coming out as lesbian or gay to their adoption worker, fearing that it would limit their chances of having a child placed in their home.

LGBTQ-headed families with children interact with education systems with varying degrees of support for their families and identities. Challenges may include: being treated differently from straight and cisgender parents, not having their family structures represented in curriculum, and not having both same-sex parents respected as equal parents when decisions need to be made about their child (Brown et al., 2009; and see Chapter 10 for a more expanded discussion). In addition, some LGBTQ parents have described the challenge of helping their children explain their family structure (e.g. “I have two dads”) to other children at school, especially in a classroom context lacking in LGBTQ cultural competency (Brown et al., 2009). These challenges can have a negative effect on the wellbeing of LGBTQ families and their children. College teaching and education programs need to place greater emphasis on making sure the future educators they train demonstrate cultural competence when working with LGBTQ families before they enter the classroom (Brown et al., 2009).

Trends and Changes in the Legal Landscape 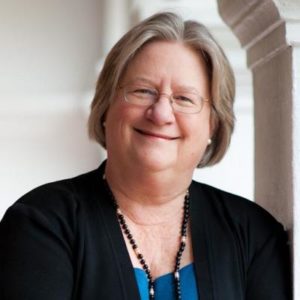 As Patterson has pointed out, recent, quickly shifting, legal landscapes regarding LGBTQ relationships, marriage equality, reproductive technologies, and foster parenting and adoption by LGBTQ individuals, have resulted in challenges, but also changes that have the potential to improve the lives of LGBTQ families (Patterson, Riskind, & Tornello, 2014). However, these advances remain vulnerable to changing attitudes and political majorities. Just as marriage equality became law through the landmark Obergefell v. Hodges (2015) ruling by the U.S. Supreme Court, legislation to limit its influence, and court cases challenging the scope of these freedoms, introduced soon after, suggested the ruling threatened the religious freedom to discriminate against LGBTQ individuals (Kazyak & Stange, 2018; Miller, 2018).