Through a brief intellectual genealogy beginning with Esther Newton’s work on drag culture in the 1970s, moving to Judith Butler’s work on performativity in the 1990s, and concluding with Jack Halberstam’s work on female masculinity, the social construction of gender in explored in this section.

Cultural anthropologist Esther Newton published Mother Camp: Female Impersonators in America, a groundbreaking ethnography of drag culture in 1972. Newton uses the term drag queen to describe a “homosexual male who often, or habitually, dresses in female attire” (1979, 100). Newton separated the sexed body from the gender expressed on it suggesting that there is no natural link between the two. Of course, this is not a new idea to readers who studied the previous section, but in 1972 the link between sex and gender remained tightly clamped. Newton writes, “The effect of the drag system is to wrench sex roles loose from that which supposedly determines them, that is genital sex. Gay people know that sex-typed behavior can be achieved, contrary to what is popularly believed. They know that one type of genital equipment by no means guarantees the ‘naturally appropriate’ behavior” (Newton 1979, 103). 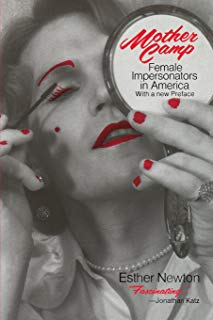 Like Rubin (introduced in Section One), Newton was writing prior to the 1990 “birth” of queer theory. Also, like Rubin, her intellectual investments and theoretical findings were harbingers of things to come. In fact, Judith Butler, who is often identified as an early and formative player in the creation of queer theory, cites both theorists as influential to her work on performativity.

Judith Butler’s Gender Trouble, originally published in 1990, introduces the term performativity to suggest gender identity is not natural and does not emanate from an essential truth that can be located on or in the body. For Butler, gender is established as consistent and cohesive through its repeated performance (Butler 2006). Importantly, for Butler, since gender must be constantly reperformed, it can be intentionally or unintentionally “troubled” revealing it as an ongoing project with no origin. This is similar to Newton’s observation of drag, particularly her suggestion that drag reveals gender as a performance.

Gender Trouble was critiqued for ignoring the materiality of the body and real sex differences. In a follow up text Butler argues that “sex” is a regulatory ideal that forces many bodies into a two-part system (1993). This is likely reminiscent of Anne Fausto-Sterling’s provocation that there are five discernible sexes. Butler responded to critique by arguing that although discourse does not produce real material sex differences, it organizes these differences, gives them meaning, and renders them legible (Butler 1993).

Read Jack Halberstam’s post on Bully Bloggers, “A (K)night of a Thousand Butches,” about television’s treatment of masculine women.

Queer theories of gender have influenced scholars across disciplines, radically transforming how we think about gender. For Butler, there is no natural and essential gender or sexuality that queers deviate from. For Newton femininity is not the “property” of women just as for Halberstam masculinity is not the “property” of men.Instead, we are all citing, at times contesting at others complying, to existing ideas about gender and sexuality. Additionally, these ideas, and the value hierarchies that adhere to them, are only maintained by their reproduction.

The work discussed in this section dissipates some of the power that coheres around the idea of “natural” gender and sexuality; an idea that has often been used to mark queer genders and sexualities as unnatural and by extension inferior to heterosexuality. 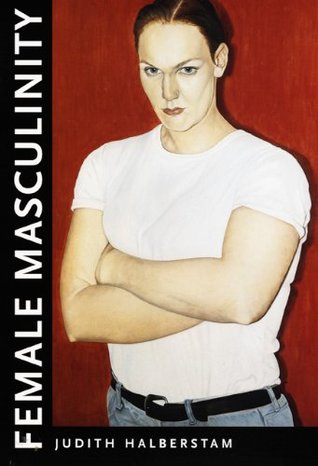