The Constructionist Turn in Sexuality and Gender Studies

Lesbian and Gay Studies assumed clear subjects of analysis—lesbians and gays—who were studied as historical, cultural, or literary figures of significance to reclaim a forgotten past and create a sense of collective identity and continuity in the present (Weeks 2000, 2). Some would argue that Lesbian and Gay Studies took an essentialist view of sexuality that assumed individuals possessed a fixed and innate sexual identity that was both universal and transhistorical (Jagose 1997, 8; Duggan 2001, 225). 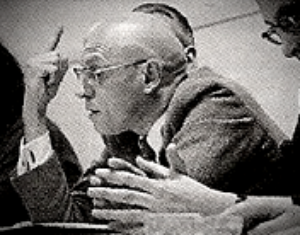 In the mid-1970s French historian and philosopher Michel Foucault published The History of Sexuality, which describes the origin of modern homosexual identity (Foucault 1990). In this sweeping history of sexuality, Foucault creates an influential theory of sexual identity formation. For Foucault: “Sexuality must not be thought of as a kind of natural given which power tries to hold in check, or as an obscure domain which knowledge tries gradually to uncover. It is the name that can be given to a historical construct” (1990, 23). By rejecting the idea that something called sexuality exists in all of us waiting to be liberated, Foucault’s work not only challenged how sexuality was understood in popular and scholarly discourses, he also challenged how power was understood. For Foucault, power does not repress a preexisting sexual identity; it provides the conditions needed for sexual identities to multiply.

According to Foucault, power is everywhere, although it is not evenly dispersed. He argues that medical discourse, particularly the field of sexology, which applies scientific principles to the study of sexuality, intersected with legal discourse to simultaneously create the need and the means to identify and produce knowledge about sexual identity, particularly “the homosexual.” Power in this instance belonged to medical and legal authorities. However, naming the homosexual had unforeseen consequences. Those identified as homosexual in medical discourse appropriated the discourse to revise what the category might mean, identify one another, build a community, and make political demands. This can be seen in the early homophile movement, which refers to late 19th and early 20th century homosexual rights activism that emerged in tandem and entwined with sexology and anti-sodomy laws. To learn more, check out my research profile “Institutionalizing Sexuality: Sexology, Psychoanalysis, and the Law.”

Foucault’s work influenced a new wave of historians committed to studying the construction of modern homosexuality. David Halperin, a historian of classical Greek culture, provided volumes worth of historical evidence to support Foucault’s more theoretical claims (D. Halperin 1989; D. M. Halperin 2002). Halperin argues that using modern identity frameworks to understand culturally and historically specific expressions of desire is poor scholarship. He interprets sexual histories through a queer lens that does not assume identities and experiences are universal. Another queer historian, John D’Emilio connects the development of modern gay identity to nineteenth century urbanization and industrialization (D’Emilio 1997). Jonathan Ned Katz, also a historian, turns a critically queer lens to heterosexuality arguing that it is also a social construct (Katz 1990). By demonstrating that heterosexuality, like homosexuality, is a modern invention, Katz seeks to strip the category of its normalizing power.

Foucault, D’Emilio, Katz, and Halperin all contribute to a critical understanding of the social construction of homosexuality and heterosexuality. This does important political and intellectual work troubling the idea of heterosexuality as normal and natural; a claim that has been used to marginalize homosexuals.

Eve Sedgwick, a literary theorist, continues the project of troubling both homosexuality and heterosexuality in her 1990 publication, Epistemology of the Closet, which is widely recognized as a foundational queer theory text. Sedgwick argues that by the twentieth century, in Western culture, every person was assigned a sexual identity (2008, 1). For Sedgwick, the history of homosexuality is not a minority history – it is the history of modern Western culture. According to Sedgwick, homosexual/heterosexual definition is central to the construction of the modern nation-state, because it informs modern modes of population management. She introduces the terms minoritizing and universalizing to describe competing and coexisting understandings of homosexuality that shape how we imagine sexuality. 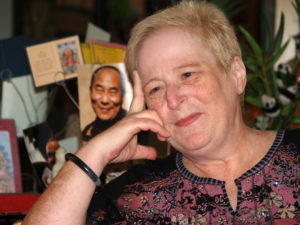 The minoritizing view sees homosexuality as relevant only to homosexuals. This view sees homosexuals as a specific group of people, a minority, within a largely heterosexual world. This can have its uses, for instance in creating a discernible community able to make demands of the state as seen in the homophile movement as well as current gay (and lesbian) rights activism.

Instead of focusing on homosexuals as a distinct group, the universalizing view sees sexuality and sexual definition as important to everyone. This is the position Sedgwick takes in her book by claiming sexual definition is central to social organization as well as identity formation.

Social constructionism also influenced understandings of gender. For instance, cultural anthropologist Gayle Rubin’s essay “The Traffic in Women: Notes on the ‘Political Economy’ of Sex” (1990), sought to identify the origin of women’s oppression across cultures. It is a constructivist account of gender identity that connects the binary construction of gender to heterosexual kinship and by extension to women’s oppression within heterosexual patriarchal cultures. 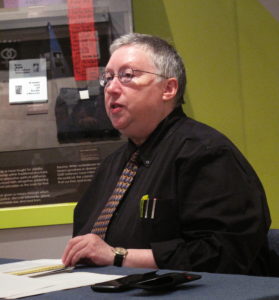 Gayle Rubin speaking at The GLBT History Museum in San Francisco on June 7, 2012.

Rubin uses the phrase “sex-gender system” to describe the process by which social relations produce women as oppressed beings. According to Rubin: “…one begins to have a sense of a systematic social apparatus which takes up females as raw material and fashions domesticated women as products” (1990, 158). Rubin calls the social apparatus that oppresses women the sex-gender system: “As a preliminary definition, a ‘sex-gender system’ is the set of arrangements by which a society transforms biological sexuality into products of human activity and in which these transformed sexual needs are satisfied” (1990, 159).

Although Rubin’s work is very influential in feminist and queer theory, one of her basic assumptions, that sex is “raw material” and thus lacks the influence of social norms, has been challenged by a variety of queer theorists.

Queer feminist science scholar Anne Fausto-Sterling’s early 1990s work on intersex categories contends that although social institutions are invested in maintaining a dyadic sex system, this system does not map onto nature. She argues that sex exists as a spectrum between female and male with a minimum of five distinct categories. Fausto-Sterling introduces the terms “herms,” “ferms,” and “merms,” to categorize anatomical hormonal, and chromosomal differences that fall outside of a male/female sex-dyad (1993). Like Rubin, Fausto-Sterling’s early provocation about sex categories sees sex as biological, natural, and unchangeable; it is “raw material” culture transforms into gender. Both Rubin and early Fausto-Sterling leave a nature/nurture binary in place and suggest sex correlates with nature and gender correlates with nurture.

Fausto-Sterling’s work was soon challenged for focusing too much attention on genitals. For instance, social psychologist Suzanne Kessler was critical of Fausto-Sterling’s attachment to reading genitals for the truth of sex, insisting that the performance of gender on the body rather than genitalia, was more often used to gender bodies (Kessler 1998). Fausto-Sterling has since conceded Kessler’s point (Fausto-Sterling 2000). Most queer theoretical engagements with gender deprivilege the body, particularly genitals, as a site of “truth” by suggesting that the appearance of binary sexed bodies is actually an effect of binary gender discourse, and, as will be discussed in the next section, binary performances of gender. In other words, a binary sex-gender system that assumes a correlation between sex and gender is an effect of power, not nature.