What We Know So Far about the Standard Deviation

The following histograms show the backpack weight carried by two groups of schoolchildren. One is a group of first and third graders. The other is a group of fifth and seventh graders. In each histogram, we marked the mean and a standard deviation above the mean. 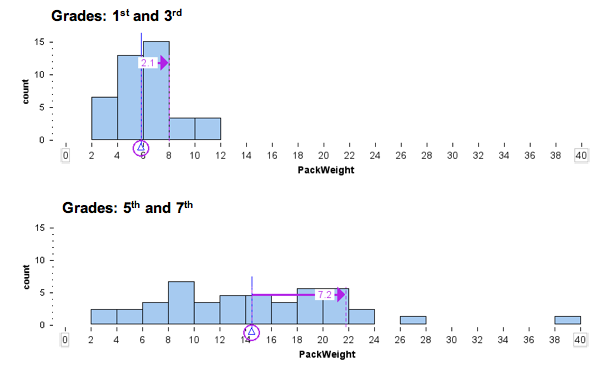 Following are some observations about shape, center and spread.

Note: For easy visual comparison, we made the histogram bin widths the same. This decision made the histogram of pack weights for the fifth and seventh graders a “pancake.” For this distribution, a larger bin width will give a more accurate sense of shape. However, since our goal is to compare the two groups, we chose to use the same scale and bin width for the histograms.

Here is another view of the same data. The SD hatplot marks a standard deviation above and below the mean, so the gray rectangle shows us the typical range of backpack weights that we calculated previously. 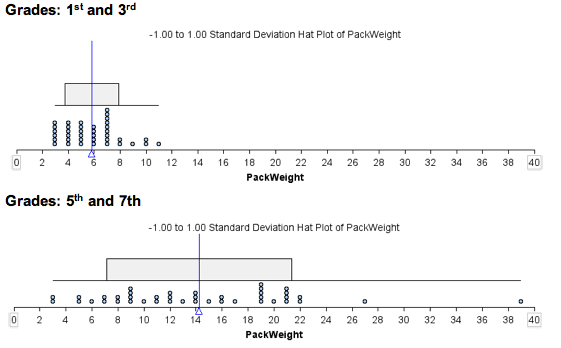 Next we summarize our observations with a focus on comparing the two groups:

One plausible explanation is that as children get older, they are assigned more homework, so they carry more in their backpacks. But at this age, we may also see more students making independent decisions about how much homework they will do, so some students will carry more books home and others will carry fewer.