Hormonal Regulation of the Reproductive System

Regulation of the reproductive system is a process that requires the action of hormones from the pituitary gland, the adrenal cortex, and the gonads. During puberty in both males and females, the hypothalamus produces gonadotropin-releasing hormone (GnRH), which stimulates the production and release of follicle-stimulating hormone (FSH) and luteinizing hormone (LH) from the anterior pituitary gland. These hormones regulate the gonads (testes in males and ovaries in females) and therefore are called gonadotropins. In both males and females, FSH stimulates gamete production and LH stimulates production of hormones by the gonads. An increase in gonad hormone levels inhibits GnRH production through a negative feedback loop.

Regulation of the Male Reproductive System

The most widely known androgen in males is testosterone. Testosterone promotes the production of sperm and masculine characteristics. The adrenal cortex also produces small amounts of testosterone precursor, although the role of this additional hormone production is not fully understood.

The Dangers of Synthetic Hormones 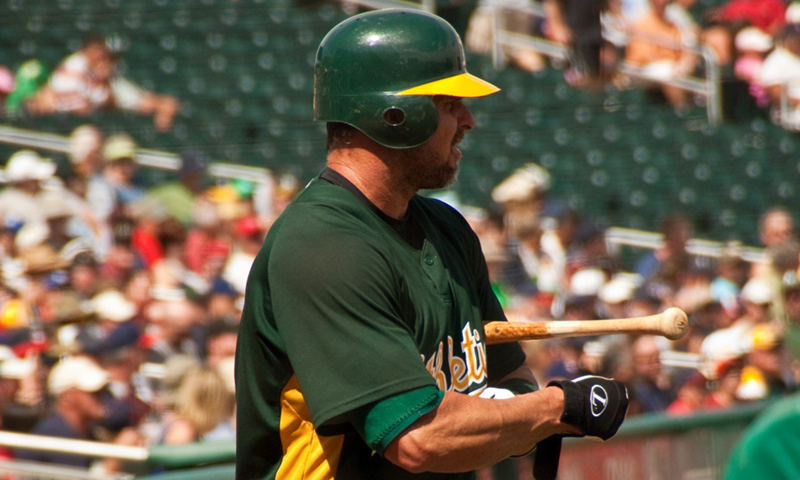 Figure 1. Professional baseball player Jason Giambi publically admitted to, and apologized for, his use of anabolic steroids supplied by a trainer.(credit: Bryce Edwards)

Some athletes attempt to boost their performance by using artificial hormones that enhance muscle performance. Anabolic steroids, a form of the male sex hormone testosterone, are one of the most widely known performance-enhancing drugs. Steroids are used to help build muscle mass. Other hormones that are used to enhance athletic performance include erythropoietin, which triggers the production of red blood cells, and human growth hormone, which can help in building muscle mass. Most performance enhancing drugs are illegal for non-medical purposes. They are also banned by national and international governing bodies including the International Olympic Committee, the U.S. Olympic Committee, the National Collegiate Athletic Association, the Major League Baseball, and the National Football League.

The side effects of synthetic hormones are often significant and non-reversible, and in some cases, fatal. Androgens produce several complications such as liver dysfunctions and liver tumors, prostate gland enlargement, difficulty urinating, premature closure of epiphyseal cartilages, testicular atrophy, infertility, and immune system depression. The physiological strain caused by these substances is often greater than what the body can handle, leading to unpredictable and dangerous effects and linking their use to heart attacks, strokes, and impaired cardiac function.

Regulation of the Female Reproductive System

Figure 2. Hormonal regulation of the female reproductive system involves hormones from the hypothalamus, pituitary, and ovaries.

In females, FSH stimulates development of egg cells, called ova, which develop in structures called follicles. Follicle cells produce the hormone inhibin, which inhibits FSH production. LH also plays a role in the development of ova, induction of ovulation, and stimulation of estradiol and progesterone production by the ovaries, as illustrated in Figure 2.

In addition to producing FSH and LH, the anterior portion of the pituitary gland also produces the hormone prolactin (PRL) in females. Prolactin stimulates the production of milk by the mammary glands following childbirth. Prolactin levels are regulated by the hypothalamic hormones prolactin-releasing hormone (PRH) and prolactin-inhibiting hormone (PIH), which is now known to be dopamine. PRH stimulates the release of prolactin and PIH inhibits it.

The posterior pituitary releases the hormone oxytocin, which stimulates uterine contractions during childbirth. The uterine smooth muscles are not very sensitive to oxytocin until late in pregnancy when the number of oxytocin receptors in the uterus peaks. Stretching of tissues in the uterus and cervix stimulates oxytocin release during childbirth. Contractions increase in intensity as blood levels of oxytocin rise via a positive feedback mechanism until the birth is complete.

Oxytocin also stimulates the contraction of myoepithelial cells around the milk-producing mammary glands. As these cells contract, milk is forced from the secretory alveoli into milk ducts and is ejected from the breasts in milk ejection (“let-down”) reflex. Oxytocin release is stimulated by the suckling of an infant, which triggers the synthesis of oxytocin in the hypothalamus and its release into circulation at the posterior pituitary.

In Summary: Hormonal Regulation of the Reproductive System

The reproductive system is controlled by the gonadotropins follicle-stimulating hormone (FSH) and luteinizing hormone (LH), which are produced by the pituitary gland. Gonadotropin release is controlled by the hypothalamic hormone gonadotropin-releasing hormone (GnRH). FSH stimulates the maturation of sperm cells in males and is inhibited by the hormone inhibin, while LH stimulates the production of the androgen testosterone. FSH stimulates egg maturation in females, while LH stimulates the production of estrogens and progesterone. Estrogens are a group of steroid hormones produced by the ovaries that trigger the development of secondary sex characteristics in females as well as control the maturation of the ova. In females, the pituitary also produces prolactin, which stimulates milk production after childbirth, and oxytocin, which stimulates uterine contraction during childbirth and milk let-down during suckling.