Social movements are purposeful, organized groups that strive to work toward a common social goal. While most of us learned about social movements in history classes, we may not be aware of the fundamental changes they caused —and we may be completely unfamiliar with the trend toward global social movements. But from the anti-tobacco movement that has worked to outlaw smoking in public buildings and raise the cost of cigarettes, to political uprisings throughout the Arab world, social movements have moved out of the local sphere and, thanks to media and technology, are creating social change on a global scale.

Movements happen in our towns, in our nation, and around the world. No doubt you can think of many social movements that have occurred on all of these levels, especially since modern technology has allowed us a near-constant stream of information about the quest for social change around the world. Let’s take a look at examples of social movements, from local to global. 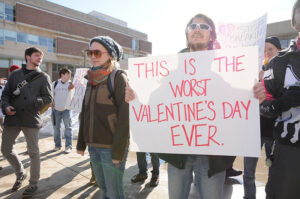 Figure 1. Staff at University of Wisconsin protest a proposed law that would significantly reduce their ability to bargain for better pay and benfits. (Credit: marctasman/flickr)

Local social movements typically refer to those in cities or towns, but they can also affect smaller constituencies, such as college campuses. Sometimes colleges are smaller hubs of a national movement, as seen during the Vietnam War protests or the Black Lives Matter protests. Other times, colleges are managing a more local issue. In 2012, The Cooper Union in New York City announced that, due to financial mismanagement and unforeseen downturns from the Great Recession, the college had a massive shortfall; it would be forced to charge tuition for the first time. To students at most other colleges, tuition would not seem out of line, but Cooper Union was founded (and initially funded) under the principle that it would not charge tuition. When the school formally announced the plan to charge tuition, students occupied a building and, later, the college president’s office. Student action eventually contributed to the president’s resignation and a financial recovery plan in partnership with the state attorney general.

Another example occurred in Wisconsin. After announcing a significant budget shortfall, Governor Scott Walker put forth a financial repair bill that would reduce the collective bargaining abilities of unions and other organizations in the state. (Collective bargaining was used to attain workplace protections, benefits, healthcare, and fair pay.) Faculty at the state’s college system were not in unions, but teaching assistants, researchers, and other staff had regularly collectively bargained. Faced with the prospect of reduced job protections, pay, and benefits, the staff members began one of the earliest protests against Walker’s action, by protesting on campus and sending an ironic message of love to the governor on Valentine’s Day. Over time, these efforts would spread to other organizations in the state.

The most impactful state-level protest would be to cease being a state, and organizations in several states are working toward that goal. Texas secession has been a relatively consistent movement since about 1990. The past decade has seen an increase in rhetoric and campaigns to drive interest and support for a public referendum (a direct vote on the matter by the people). The Texas Nationalist Movement, Texas Secede!, and other groups have provided formal proposals and programs designed to make the idea seem more feasible. Texit has become a widely used nickname and hashtag for the movement. And in February 2021, a bill was introduced to hold a referendum that would begin formal discussions on creating an independent nation—though the bill’s sponsor indicated that it was mainly intended to begin conversation and evaluations rather than directly lead to secession (De Alba 2021).

States also get involved before and after national decisions. The legalization of same-sex marriage throughout the United States led some people to feel their religious beliefs were under attack. Following swiftly upon the heels of the Supreme Court Obergefell ruling, the Indiana legislature passed a Religious Freedom Restoration Act (RFRA, pronounced “rifra”). Originally crafted decades ago with the purpose of preserving the rights of minority religious people, more recent RFRA laws allow individuals, businesses, and other organizations to decide whom they will serve based on religious beliefs. For example, Arkansas’s 2021 law allowed doctors to refuse to treat patients based on the doctor’s religious beliefs (Associated Press 2021). In this way, state-level organizations and social movements are responding to a national decision. 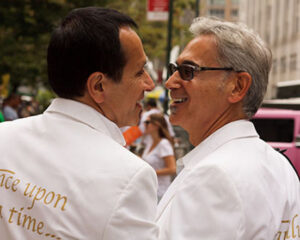 Figure 3. A social movement is what led to the Supreme Court striking a key part of the Defense of Marriage Act, entitling same-sex couples to the same federal benefits afforded to heterosexual couples (CNN 2014). (Credit: Jose Antonio Navas/flickr).

A recent polarizing national issue that helped spawn many activist groups was gay marriage. While same-sex marriage has been legal nationwide since June 26, 2015, the issue was hotly contested on both sides.

The Human Rights Campaign, a nationwide organization that advocates for LGBTQ+ civil rights, has been active for over thirty years, and claims more than a million members. One focus of the organization was its Americans for Marriage Equality campaign. Using public celebrities such as athletes, musicians, and political figures, it sought to engage the public in the issue of equal rights under the law. The campaign raised awareness of the over 1,100 different rights, benefits, and protections provided on the basis of marital status under federal law and sought to educate the public about why these protections should be available to all committed couples regardless of gender (Human Rights Campaign 2014).

Social organizations worldwide take stands on such general areas of concern as poverty, sex trafficking, and the use of genetically modified organisms (GMOs) in food. Nongovernmental organizations (NGOs) are sometimes formed to support such movements, such as the International Federation of Organic Agriculture Movement (FOAM). Global efforts to reduce poverty are represented by the Oxford Committee for Famine Relief (OXFAM), among others. The Fair Trade movement exists to protect and support food producers in developing countries. Occupy Wall Street, although initially a local movement, also went global throughout Europe and, as the chapter’s introductory photo shows, the Middle East.