Lawrence Kohlberg (1963) built on the work of Piaget and was interested in finding out how our moral reasoning changes as we get older. He wanted to find out how people decide what is right and what is wrong. In order to explore this area, he read a story containing a moral dilemma to boys of different age groups (also known as the Heinz dilemma). In the story, a man is trying to obtain an expensive drug that his wife needs in order to treat her cancer. The man has no money and no one will loan him the money he requires. He begs the pharmacist to reduce the price, but the pharmacist refuses. So, the man decides to break into the pharmacy to steal the drug. Then Kohlberg asked the children to decide whether the man was right or wrong in his choice. Kohlberg was not interested in whether they said the man was right or wrong, he was interested in finding out how they arrived at such a decision. He wanted to know what they thought made something right or wrong. 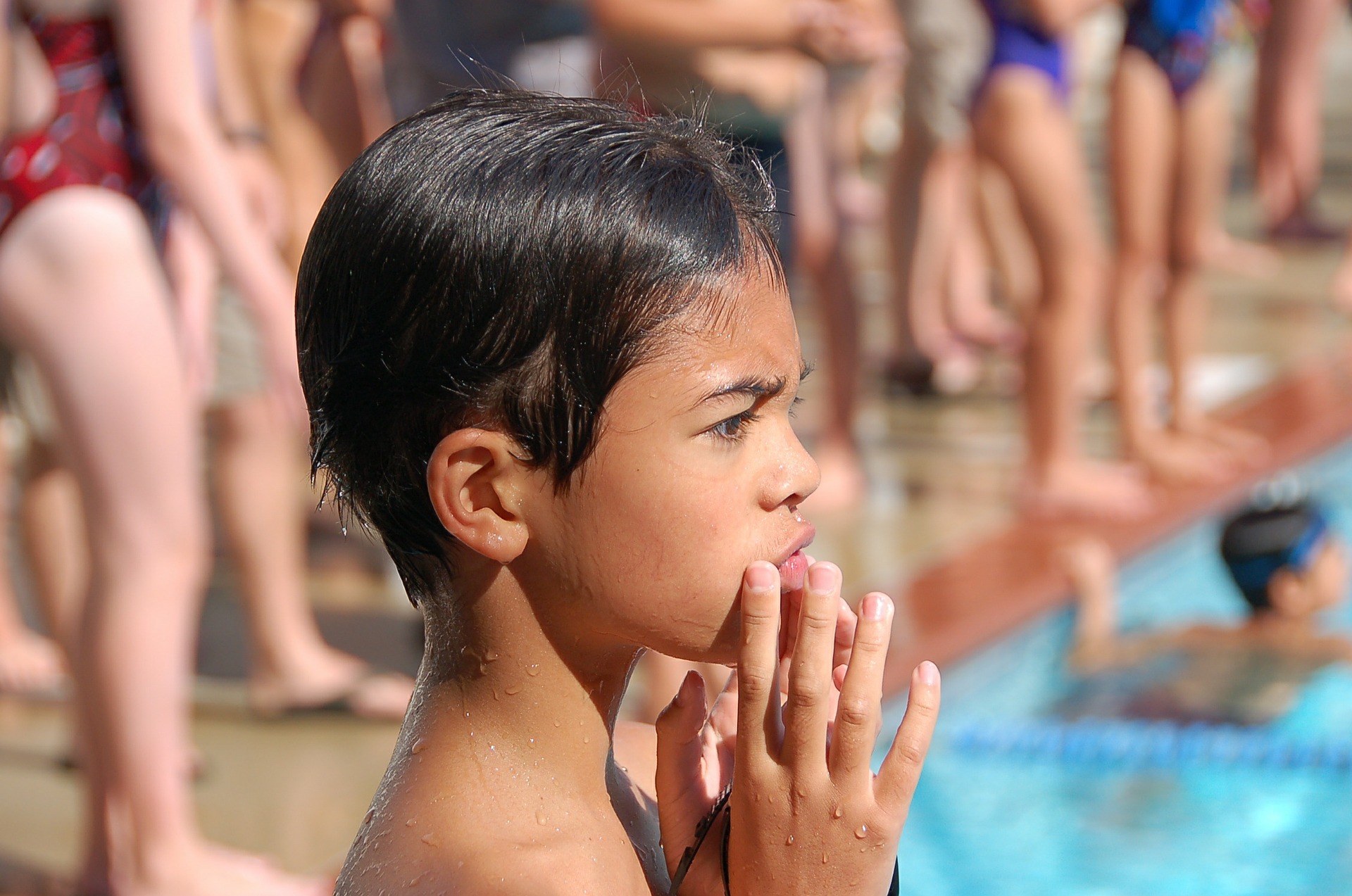 Figure 1. This nine-year old may be in what Kohlberg would consider conventional moral development, or stage three (conformity), if he thinks that he shouldn’t cheat at the swim meet because it’s wrong and other people will think he’s a cheater.

Pre-conventional development covers stages one and two in Kohlberg’s theory. In stage one, the focus is on the direct consequences of their actions. Their main concern is avoiding punishment and being obedient. In stage two, the focus is more “what’s in it for me”? A stage two mentality is self-interest driven.

Middle childhood boys seemed to base their answers on what other people would think of the man as a result of his act. For instance, they might say he should break into the store, and then everyone would think he was a good husband. Or, he shouldn’t because it is against the law. In either case, right and wrong is determined by what other people think. Because what other people think is usually a function of socially accepted morality, this view is often thought of as applying society’s standards. A good decision is one that gains the approval of others or one that complies with the law. This is conventional moral development.

The conventional moral development covers stages three and four. In stage three, the focus is on what society deems okay or good in order to gain approval from others. In stage four, the focus is on maintaining social order. The person has an understanding that laws and social conventions are created to maintain a properly functioning society.

Older children were the only ones to appreciate the fact that the Heinz dilemma has different levels of right and wrong. Right and wrong are based on social contracts established for the good of everyone or on universal principles of right and wrong that transcend the self and social convention. For example, the man should break into the store because, even if it is against the law, the wife needs the drug and her life is more important than the consequences the man might face for breaking the law. Or, the man should not violate the principle of the right of property because this rule is essential for social order. In either case, the person’s judgment goes beyond what happens to the self. It is based on a concern for others, for society as a whole, or for an ethical standard rather than a legal standard. This level is called post-conventional moral development because it goes beyond convention or what other people think to a higher, universal ethical principle of conduct that may or may not be reflected in the law. Notice that such thinking (the kind supreme justices do all day in deliberating whether a law is moral or ethical, etc.) requires being able to think abstractly. Often this is not accomplished until a person reaches adolescence or adulthood.

Post conventional moral development covers stages five and six. In stage five, the person realizes that not everything is black and white. The person realizes that there are many different ways of thinking about what is good and what is right. Further, just because there is a law does not mean that the law is necessarily good for everyone. In stage five, then, the idea is to do the most good for the most people. Kohlberg’s sixth stage is interesting in that it does not seem that people make it to this stage and stay. Indeed, many researchers have failed to identify people who operate within a stage six mentality at all, while others have identified a very few people who operate within stage six on occasion. Why might this be the case? Stage six is a way of thinking about the question of morality in a way that is not personal. Instead, a person tries to empathize with other people and to see the world from the other person’s perspective before making a decision. While this sounds easy, very few people are capable of doing this well, and even fewer are capable of doing it consistently. Further, the idea of universal justice is involved in stage six. Indeed, a person in stage six is ready to disobey unjust laws. The focus is on doing the right thing, regardless of the personal consequences.

The Heinz dilemma is a frequently used example used to help us understand Kohlberg’s stages of moral development. As mentioned above, the dilemma is about a man whose wife is dying and there is one very expensive treatment option for her that Heinz cannot afford (watch a video about it here).

You can view the transcript for “Heinz Dilemma – Kohlberg’s stages of Moral Development (Interactive Animation)” here (opens in new window).

From a theoretical point of view, it is not important what the participant thinks that Heinz should do. Kohlberg’s theory holds that the justification the participant offers is what is significant, the form of their response. Below are some of many examples of possible arguments that belong to the six stages:

Carol Gilligan was one of Kohlberg’s research assistants. She believed that Kohlberg’s theory was inherently biased against women. Gilligan suggests that the biggest reason that there is a gender bias in Kohlberg’s theory is because males tend to focus on logic and rules while women focus on caring for others and relationships. She suggests, then, that in order to truly measure women’s moral development, it was necessary to create a measure specifically for women. Gilligan was clear that women’s and men’s moral developments were equally important.

Consider your own decision-making processes. What guides your decisions? Are you primarily concerned with your personal well-being? Do you make choices based on what other people will think about your decision? Or are you guided by other principles? To what extent is this approach guided by your culture?