The colonies’ alliance with France, secured after the victory at Saratoga in 1777, proved crucial in their victory against the British, and during the 1780s France and the new United States enjoyed a special relationship. Together they had defeated their common enemy, Great Britain. But despite this shared experience, American opinions regarding France diverged sharply in the 1790s when France underwent its own revolution. Democratic-Republicans seized on the French revolutionaries’ struggle against monarchy as the welcome harbinger of a larger republican movement around the world. To the Federalists, however, the French Revolution represented pure anarchy, especially after the execution of the French king in 1793. Along with other foreign and domestic uprisings, the French Revolution helped harden the political divide in the United States in the early 1790s. 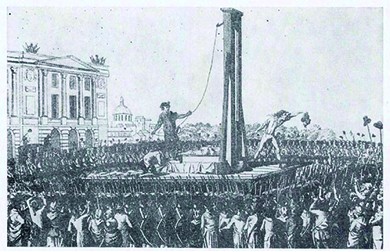 Figure 1. An image from a 1791 Hungarian journal depicts the beheading of Louis XVI during the French Revolution. The violence of the revolutionary French horrified many in the United States—especially Federalists, who saw it as an example of what could happen when the mob gained political control and instituted direct democracy.

The French Revolution, which began in 1789, further split American thinkers into different ideological camps, deepening the political divide between Federalists and their Democratic-Republican foes. At first, in 1789 and 1790, the revolution in France appeared to most in the United States as part of a new chapter in the rejection of corrupt monarchy, a trend inspired by the American Revolution. A constitutional monarchy replaced the absolute monarchy of Louis XVI in 1791, and in 1792, France was declared a republic. Republican liberty, the creed of the United States, seemed to be ushering in a new era in France. Indeed, the American Revolution served as an inspiration for French revolutionaries.

The events of 1793 and 1794 challenged the simple interpretation of the French Revolution as a happy chapter in the unfolding triumph of republican government over monarchy. The French king was executed in January 1793, and the next two years became known as the Reign of Terror, a period of extreme violence against perceived enemies of the revolutionary government. Revolutionaries advocated direct representative democracy, dismantled Catholicism, replaced that religion with a new philosophy known as the Cult of the Supreme Being, renamed the months of the year, and relentlessly employed the guillotine against their enemies.

Americans who feared that the French Revolution was spiraling out of control tended to become Federalists. Federalists viewed these excesses with growing alarm, fearing that the radicalism of the French Revolution might infect the minds of citizens at home. Those who remained hopeful about the revolution tended to become Democratic-Republicans, seeing the violence as a necessary evil of eliminating the monarchy and aristocratic culture that supported the privileges of a hereditary class of rulers. Thomas Jefferson declared that he would rather see “half the earth desolated” than see the French Revolution fail. “Were there but an Adam and an Eve left in every country, and left free,” he wrote, “it would be better than as it now is.” Meanwhile, Federalists sought closer ties with Britain.

For a more detailed overview of the French Revolution, watch this Crash Course World History video.

You can also visit Liberty, Equality, Fraternity for images, texts, and songs relating to the French Revolution. This momentous event’s impact extended far beyond Europe, influencing politics in the United States and elsewhere in the Atlantic World.

The controversy in the United States intensified when France declared war on Great Britain and Holland in February 1793. France requested that the United States make a large repayment of the money it had borrowed from France to fund the Revolutionary War. However, Great Britain would judge any aid given to France as a hostile act. President Washington declared the United States neutral in 1793, but Democratic-Republican groups denounced neutrality and declared their support of the French republicans. The Federalists used the violence of the French revolutionaries as a reason to attack Democratic-Republicanism in the United States, arguing that Jefferson and Madison would lead the country down a similarly disastrous path.

The Art of Ralph Earl

Ralph Earl was an eighteenth-century American artist, born in Massachusetts, who remained loyal to the British during the Revolutionary War. He fled to England in 1778, but he returned to New England in the mid-1780s and began painting portraits of leading Federalists.

His portrait of Connecticut Federalist Oliver Ellsworth and his wife Abigail conveys the world as Federalists liked to view it: an orderly landscape administered by men of property and learning. His portrait of dry goods merchant Elijah Boardman shows Boardman as well-to-do and highly cultivated; his books include the works of Shakespeare and Milton.

What similarities do you see in the two portraits by Ralph Earl? What do the details of each portrait reveal about the sitters, and how they wished to be portrayed? About the 1790s?

In 1793, the revolutionary French government sent Edmond-Charles Genêt to the United States to negotiate an alliance with the U.S. government. France empowered Genêt to issue letters of marque—documents authorizing ships and their crews to engage in piracy—to allow him to arm captured British ships in American ports with U.S. soldiers. Genêt arrived in Charleston, South Carolina, amid great Democratic-Republican fanfare. He immediately began commissioning American privateer ships and organizing volunteer American militias to attack Spanish holdings in the Americas, then traveled to Philadelphia, gathering support for the French cause along the way. President Washington and Hamilton denounced Genêt, knowing his actions threatened to pull the United States into a war with Great Britain. The Citizen Genêt affair, as it became known, spurred Great Britain to instruct its naval commanders in the West Indies to seize all ships trading with the French. The British captured hundreds of American ships and their cargoes, increasing the possibility of war between the two countries.

In this tense situation, Great Britain worked to prevent a wider conflict by ending its seizure of American ships and offered to pay for captured cargoes. Hamilton saw an opportunity and recommended to Washington that the United States negotiate. Supreme Court Justice John Jay was sent to Britain, instructed by Hamilton to secure compensation for captured American ships, ensure the British leave the Northwest outposts they still occupied despite the 1783 Treaty of Paris, and gain an agreement for American trade in the West Indies. Jay’s mission also required him to seek compensation from the British for enslaved persons who left with the British at the end of the Revolutionary War.

The resulting 1794 agreement, known as Jay’s Treaty, fulfilled most of his original goals. The British would turn over the frontier posts in the Northwest, American ships would be allowed to trade freely in the West Indies, and the United States agreed to assemble a commission charged with settling colonial debts U.S. citizens owed British merchants. The treaty did not address the important issue of impressment, however—the British navy’s practice of forcing or “impressing” American sailors to work and fight on British warships. Jay’s Treaty led the Spanish, who worried that it signaled an alliance between the United States and Great Britain, to negotiate a treaty of their own—Pinckney’s Treaty—that allowed American commerce to flow through the Spanish port of New Orleans. Pinckney’s Treaty, signed in 1795, allowed American farmers, who were moving in greater numbers to the Ohio River Valley, to ship their products down the Ohio and Mississippi Rivers to New Orleans, where they could be transported to East Coast markets.

Jay’s Treaty confirmed the fears of Democratic-Republicans, who saw it as a betrayal of republican France, cementing the idea that the Federalists favored aristocracy and monarchy. Partisan American newspapers tried to sway public opinion, while the skillful writing of Hamilton, who published a number of essays on the subject, explained the benefits of commerce with Great Britain. 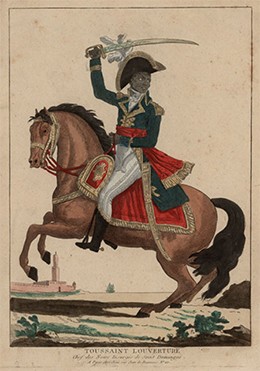 Unlike the American Revolution, which ultimately strengthened the institution of slavery and the powers of American slaveholders, the French Revolution inspired slave rebellions in the Caribbean, including a 1791 slave uprising in the French colony of Saint-Domingue (modern-day Haiti). Thousands of enslaved laborers joined together to overthrow the brutal system of slavery. They took control of a large section of the island, burning sugar plantations and killing the White planters who had forced them to labor under the lash.

Events in Haiti further complicated the partisan wrangling in the United States. White refugee planters from Haiti and other French West Indian islands, along with enslaved persons and free People of Color, left the Caribbean for the United States and for Louisiana, which at the time was held by Spain. The presence of these French migrants raised fears, especially among Federalists, that they would bring the contagion of French radicalism to the United States. In addition, the idea that the French Revolution could inspire a successful slave uprising just off the American coastline filled southern Whites and slaveholders with horror.

How did the French Revolution in the early 1790s influence the evolution of the American political system?

Citizen Genêt affair: the controversy over the French representative who tried to involve the United States in France’s war against Great Britain

impressment: the practice of capturing sailors and forcing them into military service

letters of marque: French warrants allowing ships and their crews to engage in piracy

Jay’s Treaty: signed by the United States and Great Britain in 1794; required the British to abandon frontier posts in the Northwest, allowed American ships free trade in the West Indies, and created a path for British merchants to collect colonial debts; significantly, it did not address impressment

Pinckney’s Treaty: signed by the United States and Spain in 1795, allowing American commerce to flow through the Spanish port of New Orleans

Reign of Terror: a period during the French Revolution characterized by extreme violence and the execution of numerous enemies of the revolutionary government, from 1793 through 1794