Introduction to Wars for Empire

What you’ll learn to do: discuss the wars for empire, including the French and Indian War 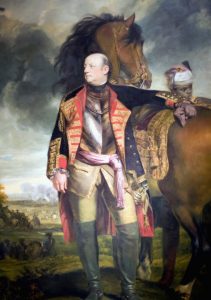 European Nations continued to fight for power and domination in the Atlantic, and Great Britain was involved in several major conflicts with Spain and France during the 17th and 18th centuries. A final major battle between France and Great Britain known as the Seven Years’ War took place in both Europe and the United States, where it was known as the French and Indian War. When the long and costly war with France ended in 1763, Great Britain had emerged victorious. British subjects on both sides of the Atlantic celebrated the strength of the British Empire. Colonial pride ran high; to live under the British Constitution and to have defeated the hated French Catholic menace brought great joy to British Protestants everywhere in the Empire. From Maine to Georgia, British colonists celebrated the victory and sang the refrain of “Rule, Britannia! Britannia, rule the waves! Britons never, never, never shall be slaves!”

Despite the celebratory mood, the victory over France also produced major problems within the British Empire, problems that would have serious consequences for British colonists in the Americas. During the war, many Native tribes had sided with the French, who supplied them with guns. After the 1763 Treaty of Paris that ended the French and Indian War (or the Seven Years’ War), British colonists had to defend the frontier, where French colonists and their tribal allies remained a powerful force. The most organized resistance, Pontiac’s Rebellion, highlighted tensions the settlers increasingly interpreted in racial terms.

The massive debt the war generated at home, however, proved to be the most serious issue facing Great Britain. The frontier had to be secure in order to prevent another costly war. Greater enforcement of imperial trade laws had to be put into place. Parliament had to find ways to raise revenue to pay off the crippling debt from the war. Everyone would have to contribute their expected share, including the British subjects across the Atlantic.