The Presidency of John Quincy Adams

Party Politics and the Election of 1824

In addition to expanding White men’s right to vote, democratic currents also led to a new style of political party organization, most evident in New York State in the years after the War of 1812. Under the leadership of Martin Van Buren, New York’s “Bucktail” Democratic-Republican faction (so named because members wore a deer’s tail on their hats, a symbol of membership in the Tammany Society) gained political power by cultivating loyalty to the will of the majority, not to an elite family or renowned figure. The Bucktails emphasized a pragmatic approach. For example, at first, they opposed the Erie Canal project, but when the popularity of the massive transportation venture became clear, they supported it.

One of the Bucktails’ greatest achievements in New York came in the form of revisions to the state constitution in the 1820s. Under the original constitution, a Council of Appointments selected local officials such as sheriffs and county clerks. The Bucktails replaced this process with a system of direct elections, which meant thousands of jobs immediately became available to candidates who had the support of the majority. In practice, Van Buren’s party could nominate and support their own candidates based on their loyalty to the party. In this way, Van Buren helped create a political machine of disciplined party members who prized loyalty above all else, a harbinger of future patronage politics in the United States. This system of rewarding party loyalists came to be known as the spoils system (from the expression, “To the victor belong the spoils”). Van Buren’s political machine helped radically transform New York politics.

Party politics also transformed the national political landscape, and the election of 1824 proved a turning point in American politics. With tens of thousands of new voters, the older system of having members of Congress form congressional caucuses to determine who would run no longer worked. The new voters had regional interests and voted on them. For the first time, the popular vote mattered in a presidential election. Electors were chosen by popular vote in eighteen states, while the six remaining states used the older system in which state legislatures chose electors. 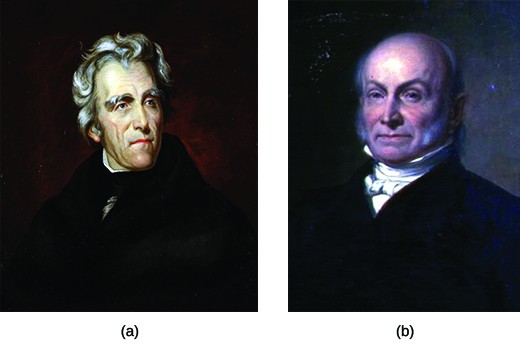 Figure 1. The two most popular presidential candidates in the election of 1824 were Andrew Jackson (a), who won the popular vote but failed to secure the requisite number of votes in the Electoral College, and John Quincy Adams (b), who emerged victorious after a contentious vote in the U.S. House of Representatives.

With the caucus system defunct, the presidential election of 1824 featured five candidates, all of whom ran as Democratic-Republicans (the Federalists having ceased to be a national political force). The crowded field included John Quincy Adams, the son of the second president, John Adams. Candidate Adams had broken with the Federalists in the early 1800s and served on various diplomatic missions, including the mission to secure peace with Great Britain in 1814. He represented New England. (Learn more about John Quincy Adams in this short Biography video). A second candidate, John C. Calhoun from South Carolina, had served as secretary of war and represented the slaveholding South. He dropped out of the presidential race to run for vice president. A third candidate, Henry Clay, the Speaker of the House of Representatives, hailed from Kentucky and represented the western states. He favored an active federal government committed to internal improvements, such as roads and canals, to bolster national economic development and settlement of the West. William H. Crawford, an enslaver from Georgia, suffered a stroke in 1823 that left him largely incapacitated, but he ran nonetheless and had the backing of the New York machine headed by Van Buren. Andrew Jackson, the famed “hero of New Orleans,” rounded out the field. Jackson had very little formal education, but he was popular for his military victories in the War of 1812 and in wars against the Creek and the Seminole. He had been elected to the Senate in 1823, and his popularity soared as pro-Jackson newspapers sang the praises of the courage and daring of the Tennessee enslaver. 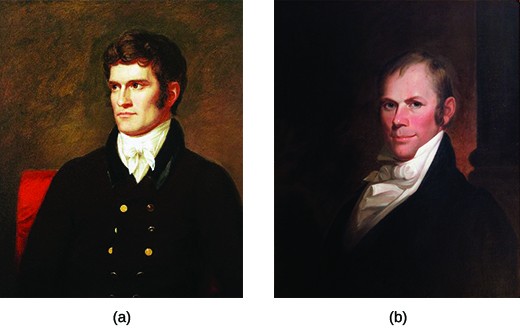 Figure 2. John C. Calhoun (a) believed that the assistance Henry Clay (b) gave to John Quincy Adams in the U.S. House of Representatives’ vote to decide the presidential election of 1824 indicated that a “corrupt bargain” had been made.

Results from the eighteen states where the popular vote determined the electoral vote gave Jackson the election, with 152,901 votes to Adams’s 114,023, Clay’s 47,217, and Crawford’s 46,979. The Electoral College, however, was another matter. Of the 261 electoral votes, Jackson needed 131 or better to win but secured only 99. Adams won 84, Crawford 41, and Clay 37. Because Jackson did not receive a majority vote from the Electoral College, the election was decided following the terms of the Twelfth Amendment, which stipulated that when a candidate did not receive a majority of electoral votes, the election went to the House of Representatives, where each state would provide one vote. House Speaker Clay did not want to see his rival, Jackson, become president and therefore worked within the House to secure the presidency for Adams, convincing many to cast their vote for the New Englander. Clay’s efforts paid off; despite not having won the popular vote, John Quincy Adams was certified by the House as the next president. Once in office, he elevated Henry Clay to the post of secretary of state.

Jackson and his supporters cried foul. To them, the election of Adams reeked of anti-democratic corruption. So too did the appointment of Clay as secretary of state. John C. Calhoun labeled the whole affair a corrupt bargain. Everywhere, Jackson supporters vowed revenge against the anti-majoritarian result of 1824.

The Presidency of John Quincy Adams

Secretary of State Clay championed what was known as the American System of high tariffs, a national bank, and federally sponsored internal improvements of canals and roads. Once in office, President Adams embraced Clay’s American System and proposed a national university and naval academy to train future leaders of the republic. The president’s opponents smelled elitism in these proposals and pounced on what they viewed as the administration’s catering to a small privileged class at the expense of ordinary citizens.

Clay also envisioned a broad range of internal transportation improvements. Using the proceeds from land sales in the West, Adams endorsed the creation of roads and canals to facilitate commerce and the advance of settlement in the West. Many in Congress vigorously opposed federal funding of internal improvements, citing among other reasons that the Constitution did not give the federal government the power to fund these projects. However, in the end, Adams succeeded in extending the Cumberland Road into Ohio (a federal highway project). He also broke ground for the Chesapeake and Ohio Canal on July 4, 1828.

Visit the Cumberland Road Project and the Chesapeake and Ohio Canal National Historic Park to learn more about transportation developments in the first half of the nineteenth century. How were these two projects important for westward expansion?

Tariffs, a type of tax on imported goods which both Clay and Adams promoted, were not a novel idea; since the birth of the republic they had been seen as a way to advance domestic manufacturing by making imports more expensive. Congress had approved a tariff in 1789, for instance, and Alexander Hamilton had proposed a protective tariff in 1790. Congress also passed tariffs in 1816 and 1824. Clay spearheaded the drive for the federal government to impose high tariffs to help bolster domestic manufacturing. If imported goods were more expensive than domestic goods, then people would buy American-made goods.

President Adams wished to promote manufacturing, especially in his home region of New England. To that end, in 1828 he proposed a high tariff on imported goods, amounting to 50 percent of their value. The tariff raised questions about how power should be distributed, causing a fiery debate between those who supported states’ rights and those who supported the expanded power of the federal government. Those who championed states’ rights denounced the 1828 measure as the Tariff of Abominations, clear evidence that the federal government favored one region, in this case the North, over another, the South. They made their case by pointing out that the North had an expanding manufacturing base while the South did not. Therefore, the South imported far more manufactured goods than the North, causing the tariff to fall most heavily on the southern states.

The 1828 tariff generated additional fears among southerners. In particular, it suggested to them that the federal government would unilaterally take steps that disadvantaged the South. This line of reasoning led some southerners to fear that the very economic foundation of the South—slavery—could come under attack from a hostile northern majority in Congress. The spokesman for this southern view was President Adams’s vice president, John C. Calhoun.

Vice President John C. Calhoun, angry about the passage of the Tariff of 1828, anonymously wrote a report titled “South Carolina Exposition and Protest” (later known as “Calhoun’s Exposition”) for the South Carolina legislature. As a native of South Carolina, Calhoun articulated the fear among many southerners that the federal government could exercise undue power over the states.

If it be conceded, as it must be by every one who is the least conversant with our institutions, that the sovereign powers delegated are divided between the General and State Governments, and that the latter hold their portion by the same tenure as the former, it would seem impossible to deny to the States the right of deciding on the infractions of their powers, and the proper remedy to be applied for their correction. The right of judging, in such cases, is an essential attribute of sovereignty, of which the States cannot be divested without losing their sovereignty itself, and being reduced to a subordinate corporate condition. In fact, to divide power, and to give to one of the parties the exclusive right of judging of the portion allotted to each, is, in reality, not to divide it at all; and to reserve such exclusive right to the General Government (it matters not by what department) to be exercised, is to convert it, in fact, into a great consolidated government, with unlimited powers, and to divest the States, in reality, of all their rights, It is impossible to understand the force of terms, and to deny so plain a conclusion.

What is Calhoun’s main point of protest? What does he say about the sovereignty of the states?

American System: the program of federally sponsored roads and canals, protective tariffs, and a national bank advocated by Henry Clay and enacted by President Adams

corrupt bargain: the term that Andrew Jackson’s supporters applied to John Quincy Adams’s 1824 election, which had occurred through the machinations of Henry Clay in the U.S. House of Representatives

Tariff of Abominations: a federal tariff introduced in 1828 that placed a high duty on imported goods in order to help American manufacturers, which southerners viewed as unfair and harmful to their region