Union and Confederate Strengths and Weaknesses

In 1861, enthusiasm for war ran high on both sides. The North fought to restore the Union, which Lincoln declared could never be broken. The Confederacy, which by the summer of 1861 consisted of eleven states, fought for its independence from the United States. Northerners and Southerners alike flocked eagerly to the conflict. Both sides thought it would be over quickly. Militarily, however, the North and South were more equally matched than Lincoln had realized, and it soon became clear that the war effort would be neither brief nor painless. In 1861, Americans in both the North and South romanticized war as noble and positive. Soon the carnage and slaughter would awaken them to the horrors of war. 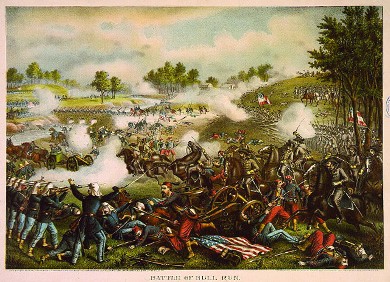 Figure 1. The First Battle of Bull Run, which many Northerners thought would put a quick and decisive end to the South’s rebellion, ended with a Confederate victory.

The First Battle of Bull Run

After the fall of Fort Sumter on April 15, 1861, Lincoln called for seventy-five thousand volunteers from state militias to join federal forces. His goal was a ninety-day campaign to put down the Southern rebellion. The response from state militias was overwhelming, and the number of Northern troops exceeded the requisition. Also in April, Lincoln put in place a naval blockade of the South, a move that gave tacit recognition of the Confederacy while providing a legal excuse for the British and the French to trade with Southerners. The Confederacy responded to the blockade by declaring that a state of war existed with the United States. This official pronouncement confirmed the beginning of the Civil War. Men rushed to enlist, and the Confederacy welcomed tens of thousands who hoped to defend the new nation.

Many believed that a single, heroic battle would decide the contest. Some questioned how committed Southerners really were to their cause. Northerners hoped that most Southerners would not actually fire on the American flag. Meanwhile, Lincoln and military leaders in the North were optimistic a quick blow to the South, especially if they could capture the Confederacy’s new capital of Richmond, Virginia, would end the rebellion before it went any further. On July 21, 1861, the two armies met near Manassas, Virginia, along Bull Run Creek, only thirty miles from Washington, DC. So great was the belief that this would be a climactic Union victory that many Washington socialites and politicians brought picnic lunches to a nearby area, hoping to witness history unfolding before them. At the First Battle of Bull Run, also known as First Manassas, some sixty thousand troops assembled, most of whom had never seen combat. Each side sent eighteen thousand into the fray. The Union forces attacked first, only to be pushed back. The Confederate forces then carried the day, sending the Union soldiers and onlookers scrambling back from Virginia. The retreat destroyed Union hopes of a quick, decisive victory. Instead, the war would drag on for four long, deadly years.

Balance Sheet: The Union and the Confederacy

As it became clearer that the Union would not be dealing with an easily quashed rebellion, the two sides assessed their strengths and weaknesses. At the onset on the war, they stood as relatively equal combatants.

The Confederates had the advantage of being able to wage a defensive war, rather than an offensive one. They had to protect and preserve their new boundaries, but they did not have to be the aggressors against the Union. The war would be fought primarily in the South, which gave the Confederates the advantages of the knowledge of the terrain and the support of the civilian population. Further, the vast coastline from Texas to Virginia offered ample opportunities to evade the Union blockade. And with the addition of the Upper South states, especially Virginia, North Carolina, Tennessee, and Arkansas, the Confederacy gained a much larger share of natural resources and industrial might than the Deep South states could muster alone.

Still, the Confederacy had disadvantages. The South’s economy depended heavily on the export of cotton, but with the naval blockade, the flow of cotton to England, the region’s primary importer, came to an end. The blockade also made it difficult to import manufactured goods. Although the secession of the Upper South added some industrial assets to the Confederacy, overall, the South lacked substantive industry or an extensive railroad infrastructure to move men and supplies. To deal with the lack of commerce and the resulting lack of funds, the Confederate government began printing paper money, leading to runaway inflation. The advantage that came from fighting on home territory quickly turned to a disadvantage when Union forces destroyed Southern farms and towns and forced Southern civilians to take to the road as refugees. Finally, the population of the South stood at fewer than nine million people, of whom nearly four million were enslaved Black people, compared to over twenty million residents in the North. These limited numbers became a major factor as the war dragged on and the death toll rose.

The Union side held many advantages as well. Its larger population, bolstered by continued immigration from Europe throughout the 1860s, gave it greater manpower reserves to draw upon. The North’s greater industrial capabilities and extensive railroad grid made it far better able to mobilize men and supplies for the war effort. The Industrial Revolution and the transportation revolution, beginning in the 1820s and continuing over the next several decades, had transformed the North. Throughout the war, the North was able to produce more war materials and move goods more quickly than the South. Furthermore, the farms of New England, the Mid-Atlantic, the Old Northwest, and the prairie states supplied Northern civilians and Union troops with abundant food throughout the war. Food shortages and hungry civilians were common in the South, where the best land was devoted to raising cotton, but not in the North.

Unlike the South, however, which could hunker down to defend itself and needed to maintain relatively short supply lines, the North had to go forth and conquer. Union armies had to establish long supply chains, and Union soldiers had to fight on unfamiliar ground and contend with a hostile civilian population off the battlefield. Furthermore, to restore the Union—Lincoln’s overriding goal—the United States, after defeating the Southern forces, would then need to pacify a conquered Confederacy, an area of over half a million square miles with nearly nine million residents. In short, although it had better resources and a larger population, the Union faced a daunting task against the well-positioned Confederacy.

Shortly after Lincoln’s call for troops, the Union adopted General-in-Chief Winfield Scott’s Anaconda Plan to suppress the rebellion. This strategy intended to strangle the Confederacy by cutting off access to coastal ports and inland waterways via a naval blockade. Simultaneously, ground troops would enter the interior. Like an anaconda snake, they planned to surround and squeeze the Confederacy.

You can view the transcript for “The Anaconda Plan” here (opens in new window).

Anaconda Plan: strategy designed by Union General Winfield Scott and adopted by the North at the beginning of the war. The plan envisioned the North surrounding the South via blockades of ports along the coast as well as waterways in the interior. With supply channels cut off, the Union army hoped to squeeze the South dry of its resources until the Confederacy surrendered.